TRENDING NOW >
Get your 70s groove on! ‘Sydney’s Most Awesome Supergroup’ to play at The Orpheum.
Get ready to pay more. Mosman and North Sydney residents about to be slugged by Council rates hike.
Crime Watch: Succulent Chinese meal. Man goes ham – and Good Samaritans pray for Mercy.
From the Archives, 1966: Assassination attempt on ALP Leader Arthur Calwell in Mosman.
Exclusive: White Supremacist group hosts vile, hate fuelled BBQ at Balmoral Beach.
Home » The Cremorne streets named after Aussie test cricketers who gave birth to the Ashes legend.
Previous Next

The Cremorne streets named after Aussie test cricketers who gave birth to the Ashes legend.

Australia and England first met in test match cricket in 1877, but the legend of the Ashes, the symbolic trophy the two teams play for, began on August 29, 1882, after the on-field antics of English captain W.G. Grace so incensed Australian spinner Fred Spofforth, it produced a bowling spell that scorched the oval. Cricket Historian Arunabha Sengupta looks back at the day that gave birth of the most famous and during of all cricketing rivalries.

Yet the baffled young Australian Sammy Jones had no idea the game of cricket could be played that way.

Batting with Aussie skipper Bill Murdoch, the 21-year-old had fired off a regulation single, and after reaching his crease wandered back to mid-pitch. He was then spectacularly run out by the British big-gun, who had collected the ball at point, removing the bails in a shocking move that outraged the Australians.

Fast bowler Fred ‘Demon’ Spofforth was so fired up by the cocky Englishman he stormed into the dressing room and blew up, calling the father of cricket a bloody cheat.

After unleashing a torrent of abuse for full five minutes, a fascinating exploration of the entire expanse of the colourful Aussie vocabulary, Spofforth left with the ominous words, “This will lose you the match.”

Grace was not concerned as he padded up. The target was just 85, after all. And he was the one the Aussies would have to deal with first up. 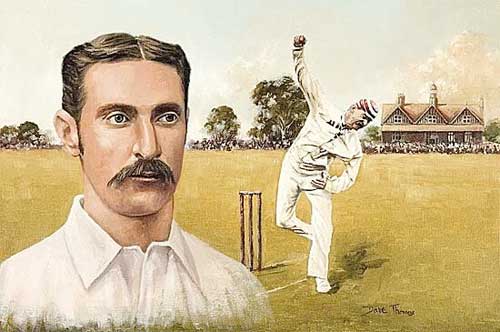 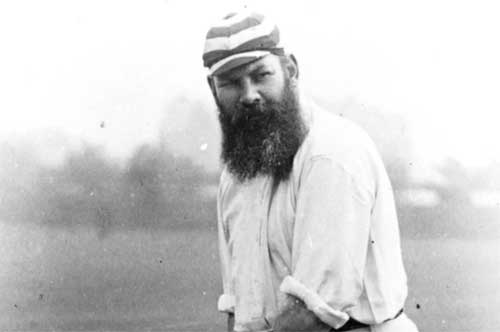 Englishman W.G Grace, considered by many as “the Father of cricket”. 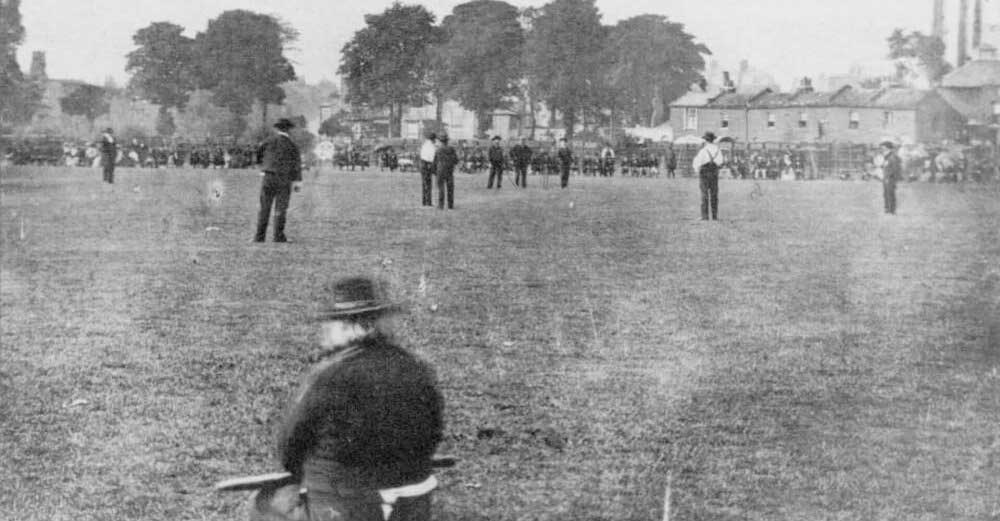 What the bearded giant had done 130 years ago is still looked at with thousands of raised eyebrows when repeated today. According to Simon Rae, “the greatest trophy in cricket … came into being as a result of an action which was clearly ‘not cricket’, performed by the greatest cricketer of them all”.

The previous day, Billy Murdoch had won the toss and batted, and the move had backfired. Australia had been bowled out for 63 due to some excellent bowling by Dick Barlow and Ted Peate.

Spofforth had responded in kind, the first ever scary fast bowler. Taking 7 for 46 from 36.3 four-ball overs, he had restricted the Englishmen to 101. 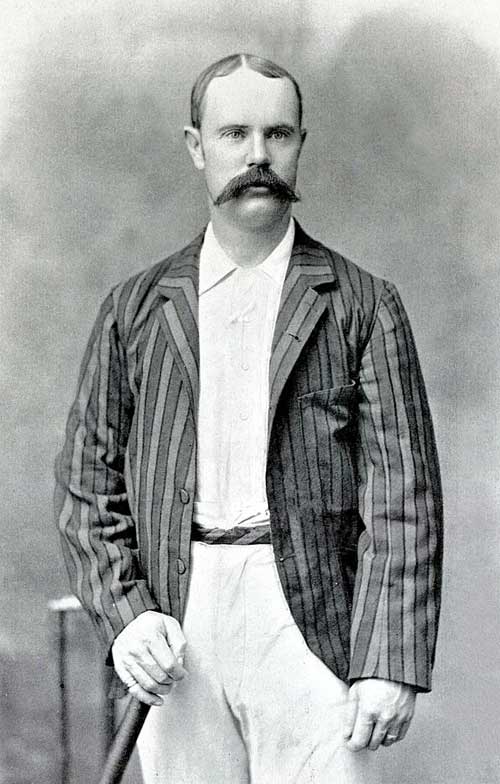 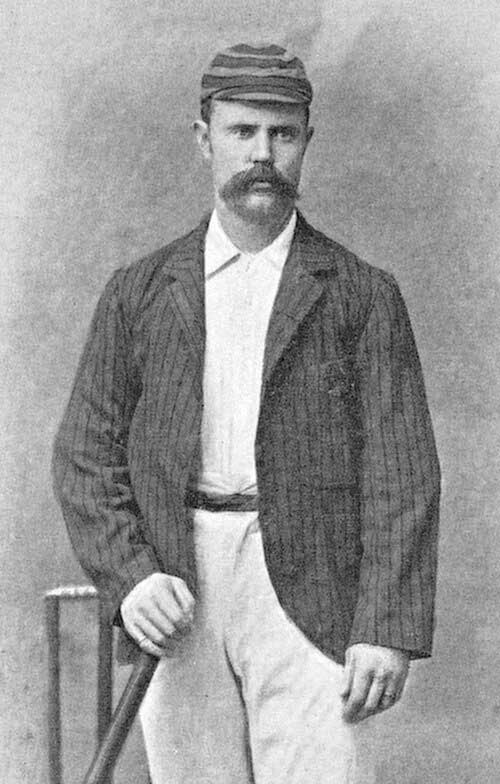 In the second innings, the tourists found themselves struggling at 99 for 6 when young Sammy Jones joined Murdoch. They had taken the score to 114 when the skipper played a ball to the leg side, and the English wicketkeeper Alfred Lyttleton ran across to field.

The ball was returned to Grace, standing in his habitual position near the stumps at a shortish point. Thinking that the business of that particular delivery was over, Jones walked out to do a bit of gardening with his bat. Grace seized the opportunity and threw the stumps down, much to the bafflement of the inexperienced batsman and the chagrin of the entire Australian side.

A letter written by the son of the top scorer of the match, Hugh Massie, indicates that Grace indeed bordered on sharp practice. It seems Jones had nodded to Grace to indicate that he was venturing out, but had failed to detect the decoy.

Spofforth, injected with a venomous passion, now carried out his threat, producing one of the greatest bowling feats of Test match history. And in the fire that he spit forth, English batting burned down, resulting in The Ashes. 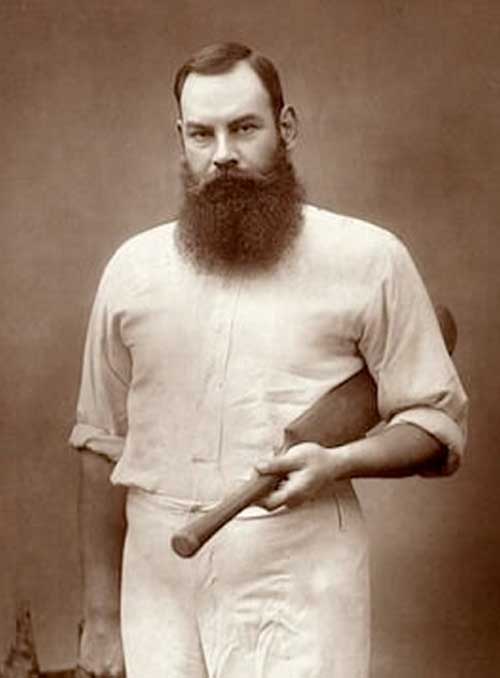 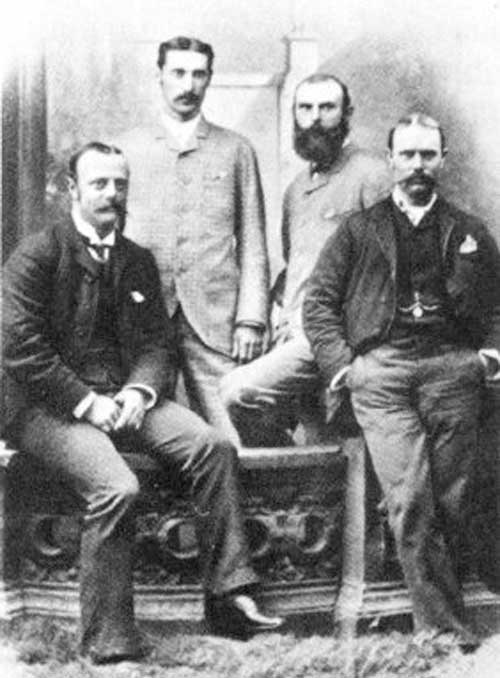 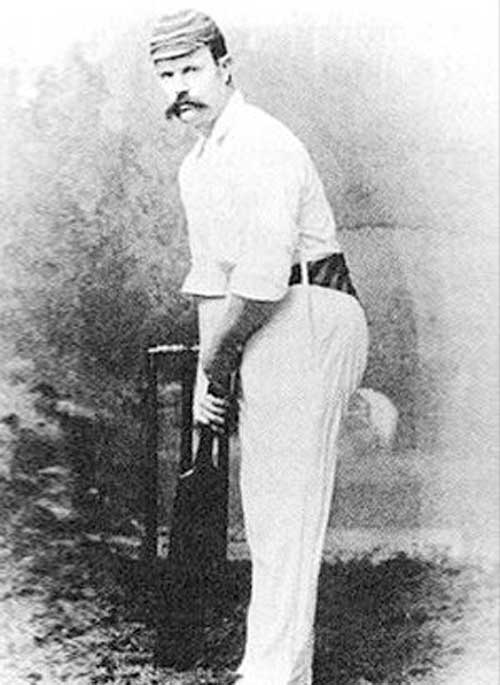 At 15, he uprooted captain AN ‘Monkey’ Hornby’s off-stump. Hornby’s partner in the famous Francis Thomson rhyme, Barlow, followed identically the very next ball.

Grace and George Ulyett engaged in some excellent hitting to take the score to 51, before Spofforth induced a snick and wicketkeeper Jack Blackham tumbled to catch Ulyett.

Having scored 32, which ended up as the highest of the innings, Grace hit one from Harry Boyle to be easily taken at mid-off by Alec Bannerman.

After some dogged resistance by Lyttleton and Bunny Lucas, Spofforth fired out four wickets within the space of nine runs – without any help from the others.

He knocked out the stumps of Lyttleton at 66, held a return catch from Allan Steel and bowled Maurice Read, both at 70, and then had Lucas playing on at 75. Billy Barnes followed, gloving one from Boyle to Murdoch. 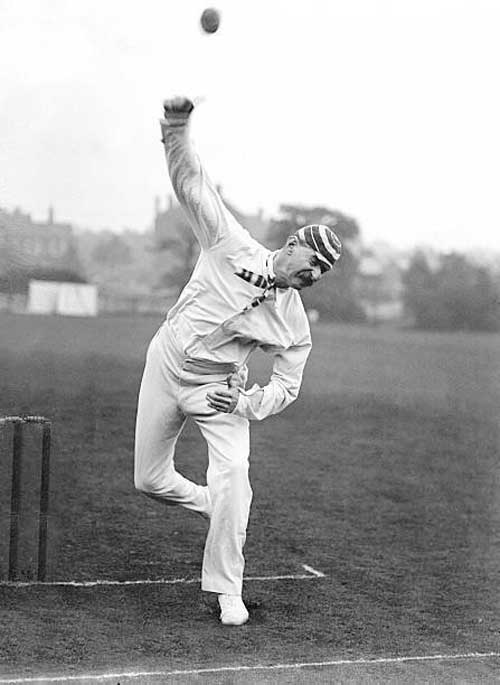 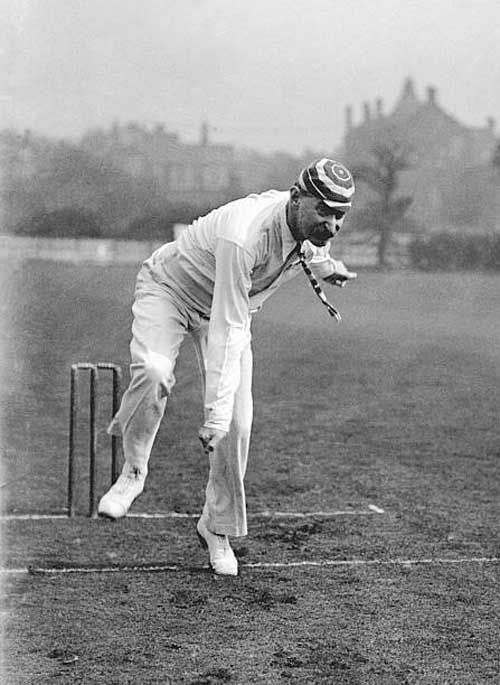 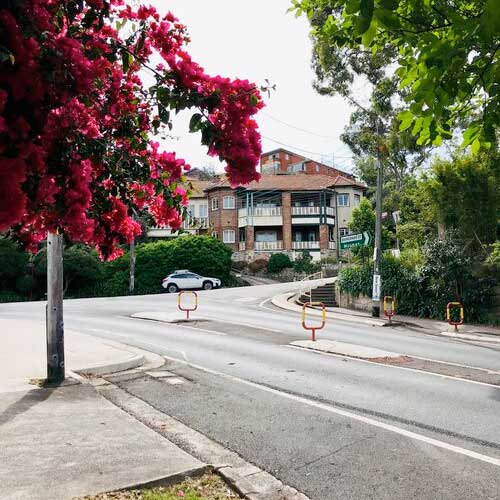 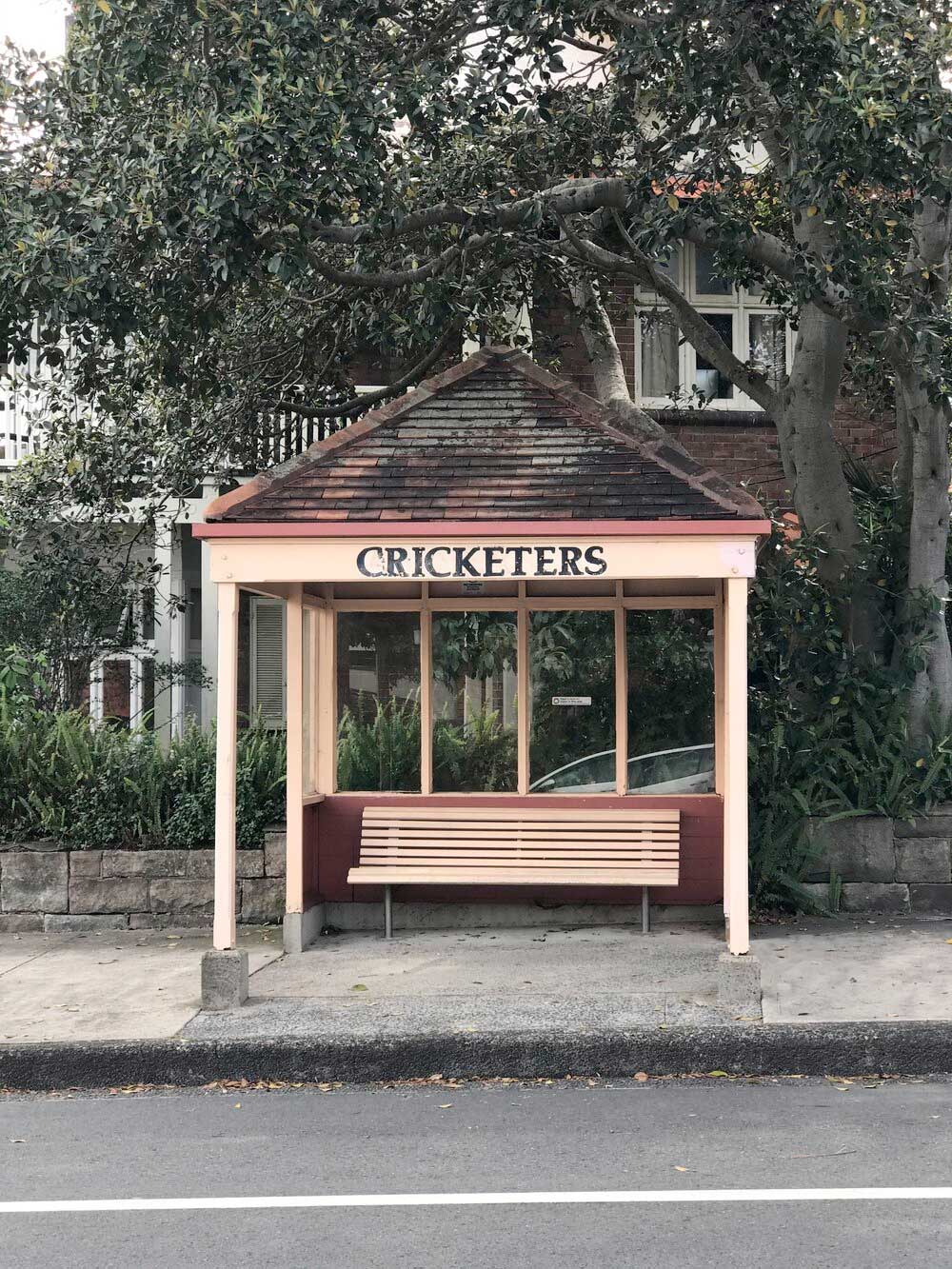 At 75 for 9, the last man, Ted Peate, walked in. The tension was unbearable. From accounts of the day, one learns that one spectator collapsed to his death from excitement, and another gnawed right through the handle of his umbrella.

Peate, the best slow left-arm bowler in the country, was plainly unequal to the task of scoring the remaining 10 runs. After hitting Boyle through square-leg for two, he missed the next one and the stumps were in shambles. 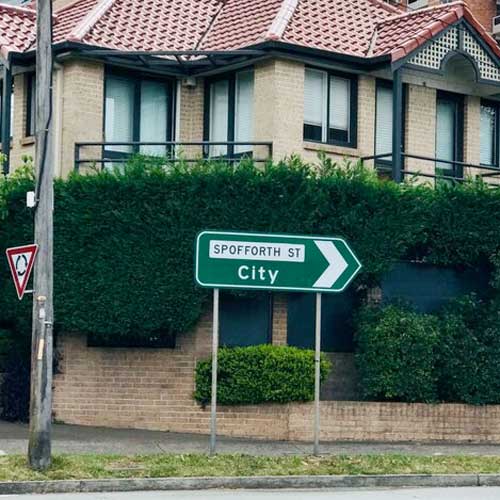 The rise of the Ashes

There was funereal silence in the ground as the result took a while to sink in. It was the first time England had been beaten at home – which sounds somewhat strange after all these years.

In the press, the death rattle sounded loud and clear. In Sporting Times, the young journalist Reginald Shirley Brooks writing under the pseudonym Bloobs, composed the mock obituary: 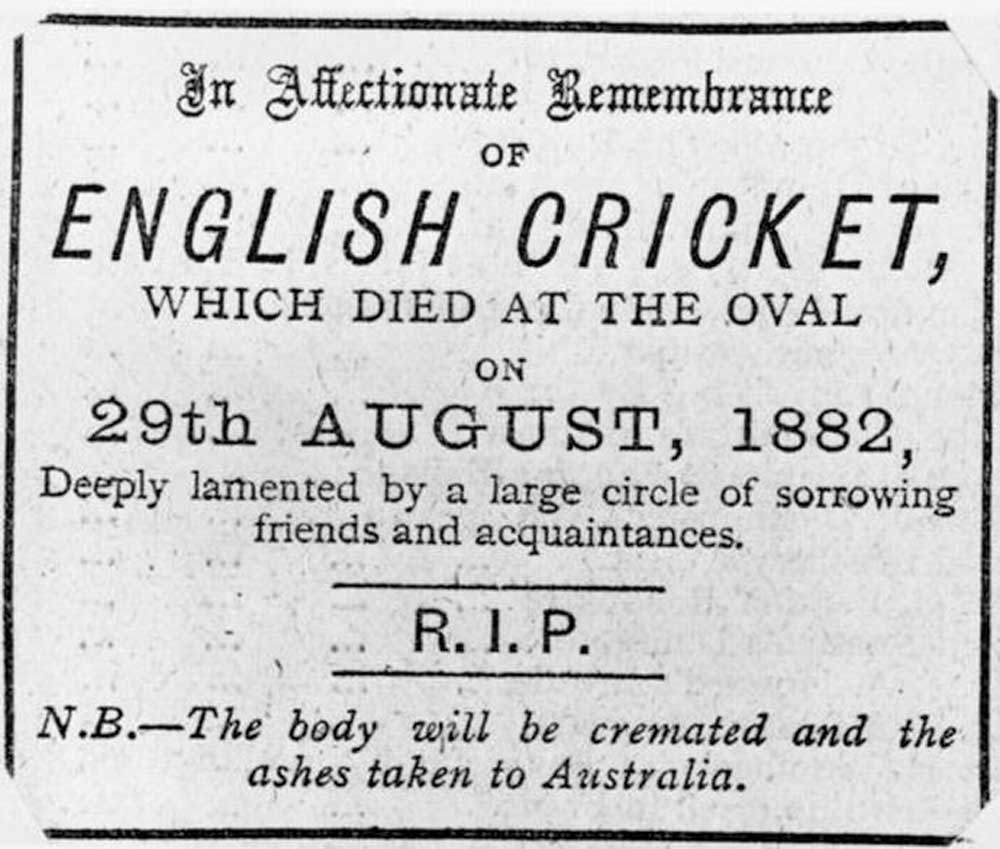 The next skipper of England, Ivo Bligh, pledged to regain those ashes when he toured Australia. As the media repeated this several times, the phrase caught on.

When Bligh, who later became Lord Darnley, took the team to Australia in 1882-83, he was presented with a small terracotta urn by a group of Melbourne women.

The contents of the urn were long believed to be the ashes a burnt bail. However, in 1998, the 82-year old daughter in law of Lord Darnley claimed that it was not a bail, but the remains of her mother-in-law’s veil.

The urn now rests at the cricket museum of the Lord’s Cricket Ground.

Arunabha Sengupta is a Cricket Historian and Cricket Writer who has authored a number of books, including Sherlock Holmes and the Birth of The Ashes, available HERE.