It was just after lunch time when 13-year-old John Willis walked the short distance from his home on Burran Ave to Balmoral, with his parents Sidney and Linda.

Like most local kids, John had spent the summer of 1955 at Mosman’s magical harbour-side beaches. And by all accounts, Monday 17 January wasn’t going to be any different.

Just after 2:30pm, the teenager placed his towel on the pristine sands at Edwards Beach. Stripping down to his togs, John quickly hit the water carrying his new spear fishing gear, hoping to catch something for dinner.

With the mercury sitting at 30 degrees, the beach was packed with bathers. Wollstonecraft couple Audrey and David Cook sat near John’s father, who was on a break from the Aurora Hotel in Surry Hills, where he was Licensee.

A competent swimmer and keen member of the 1st Balmoral Scouts, John entered the water at Edwards Beach, where Castlecrag resident Tom Walsh was fishing off the rocks, at Wyargine Point. 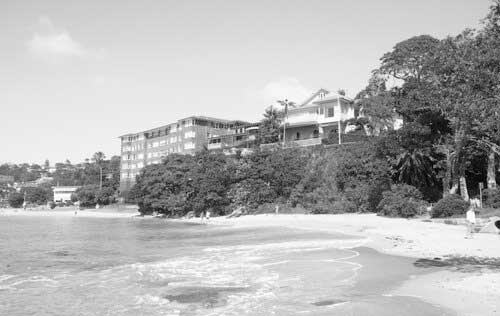 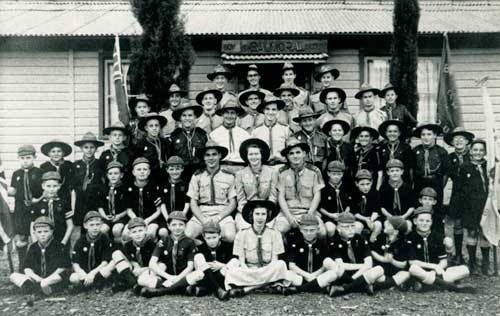 “When I was standing on the rocks, I saw young John Willis,” he said, “but the water was too murky for me and I climbed out after I had caught a few lobsters.
Shark Attack Balmoral 1955

“I told him: There aren’t many fish around mate, only a few lobsters.

“Then I told him: Don’t go in, there has been a shark around here for three days – a big fellow, about 12 feet.

Minutes later – in just a few feet of water – the young boy, his face paralysed with fear, threw his arms up and yelled the blood-curdling words no beachgoer ever wants to hear

In an instant, the tranquillity of Balmoral was shattered as hundreds ran to the screaming boys aid. Thrashing wildly in a sea of red, John Willis had been mauled by a bronze whaler shark, no more than 10 metres from the shore-line.

“It was a pitiful sight,” Audrey Cook would later tell reporters, “the water was full of blood and we could see the dorsal fin of the shark slashing through the water.” 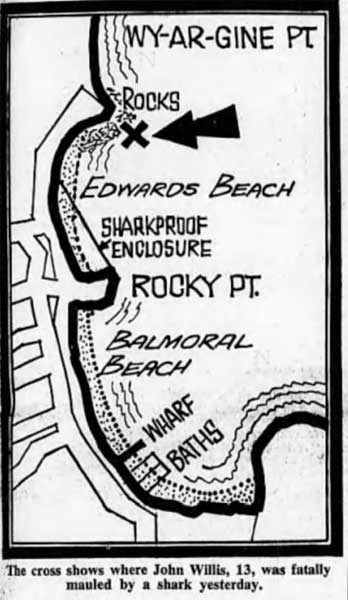 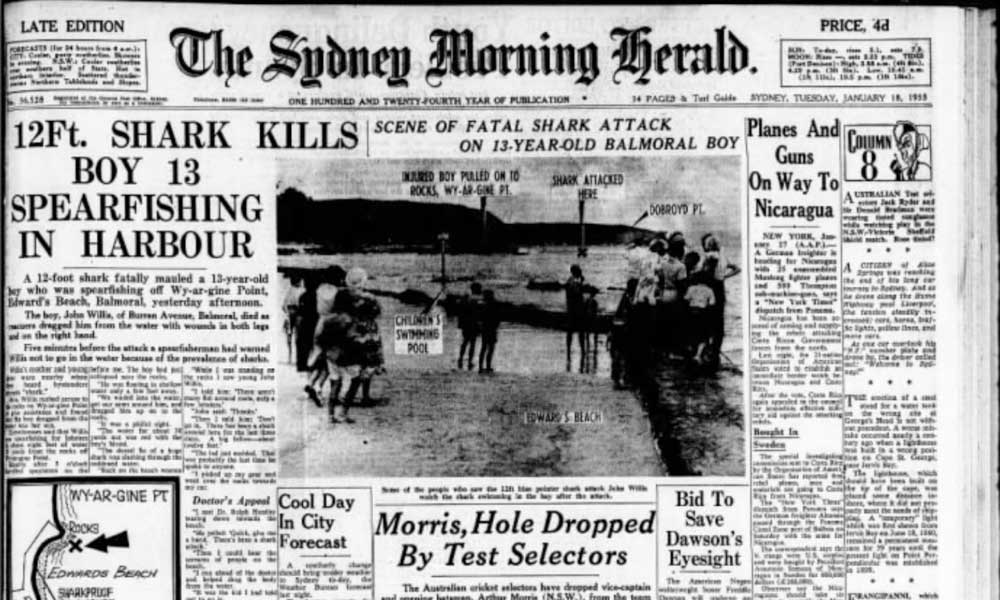 The massive predator, said to be nearly four metres, had attacked John three times, ripping off one leg and almost severing the other.

“I think he was still alive when we pulled him from the water,” David Cook said.

“He seemed to be breathing, but his face quickly turned yellow in colour.

“Audrey, my wife was with me when I bent over the lad and said: ‘You’ll be alright son, keep your pecker up.’

“I think he heard me, but he couldn’t answer. He was too far gone.”

A coronial inquest found that the boy had been hunting lobsters when he received fatal injuries from the shark on January 17, 1955.