Described as “an old colonial home”, Victoria Cottage on Clanalpine St was marketed with stunning views, a formal garden, extensive library, and a swimming pool by local agent James S. Lindsay in August 1986.

Set on 1100 square metres, buyers were immediately attracted to the property, entering through a sunken front garden bordered by old fashioned roses, daphne’s, camellias and gardenias. 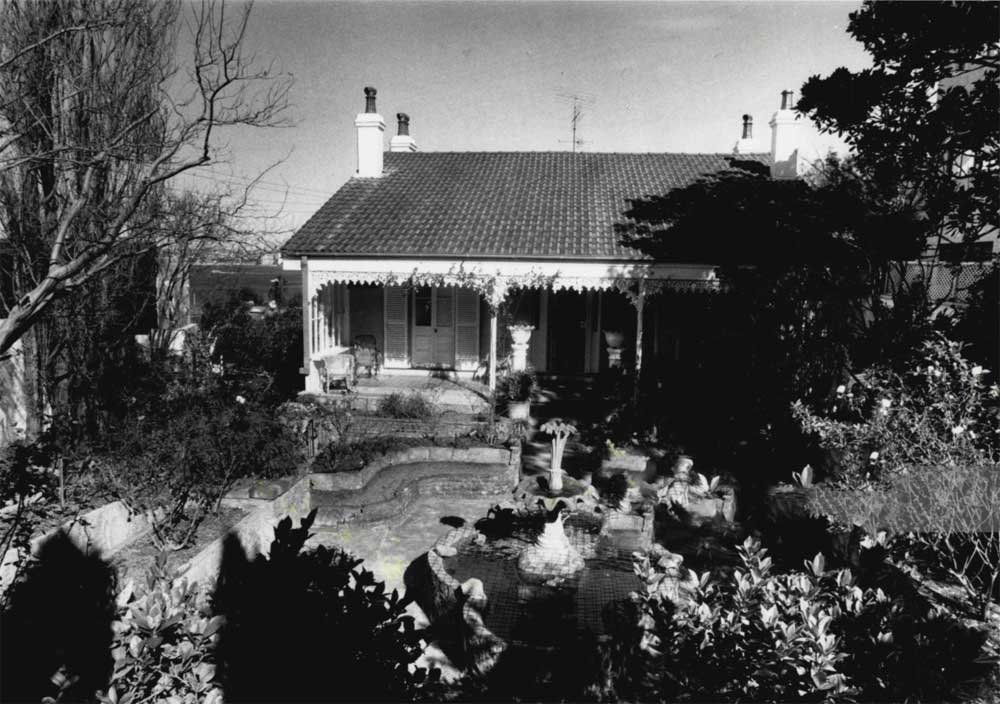 “On the lower level, there is a separate flat with one big bedroom, a dressing room and a bathroom, separate study, another kitchen and a very large parquetry floored living room with french doors opening to a courtyard,” the Herald said.

Originally built in 1861, the home was extended in 1960 and had a 17-metre inground pool installed by its owner, Sydney Stockbroker Frank Mullens. 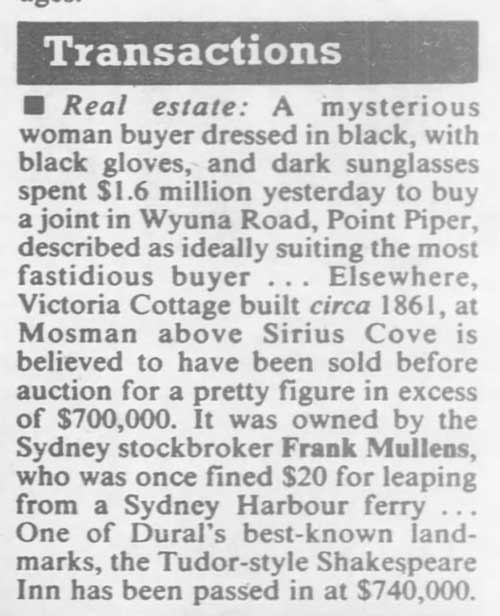 “Without having seen the property, it could be worth $10 million today,” local agent Robert Simeon says.