TRENDING NOW >
Food News: Three Michelin starred restaurant L’Enclume to take up five-week residency at Bathers Pavilion.
Local outrage: Fifty-year-old ornamental palm tree to be destroyed for new Milsons Point cycleway ramp.
Exclusive: Twilight at Taronga returns in 2023 with James Morrison’s “A-Z of Jazz”.
Ryan Gosling to shut down Sydney Harbour Bridge while filming “The Fall Guy” this weekend.
Lower north shore residents reminded Lifeline services available during the Christmas break.
Home » Property of the Week: Ever wanted to live like Royalty? Now you can – in your very own Mosman castle!
Previous Next

Property of the Week: Ever wanted to live like Royalty? Now you can – in your very own Mosman castle!

“THE CASTLE”: A rare chance to buy an incredible piece of history exists at 5/3 Raglan St, Mosman.

When it comes to dream apartments, it doesn’t get any better than this. And, if you’ve always wanted to be King – or Queen – of the castle, now is your chance. For real!

Right down the end of Raglan St, on the very tip of Curraghbeena Point, is an iconic building known simply as “The Castle”.

A beautifully imposing sandstone manor, it has long been recognised as one of Sydney’s finest waterfront properties, boasting the most unbelievable harbour panorama that money can buy.

Originally built as a grand family home in 1919, ‘The Castle’ has been reincarnated a number of times over the past century; as a furnished hotel, a guest house – and even boarding accommodation during the Great Depression.

Now, it’s a stunning set of just six prestige apartments, each one occupying an entire floor of the landmark structure. 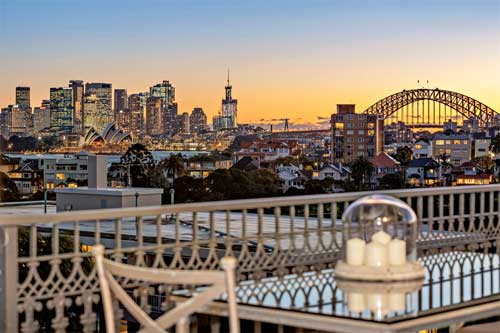 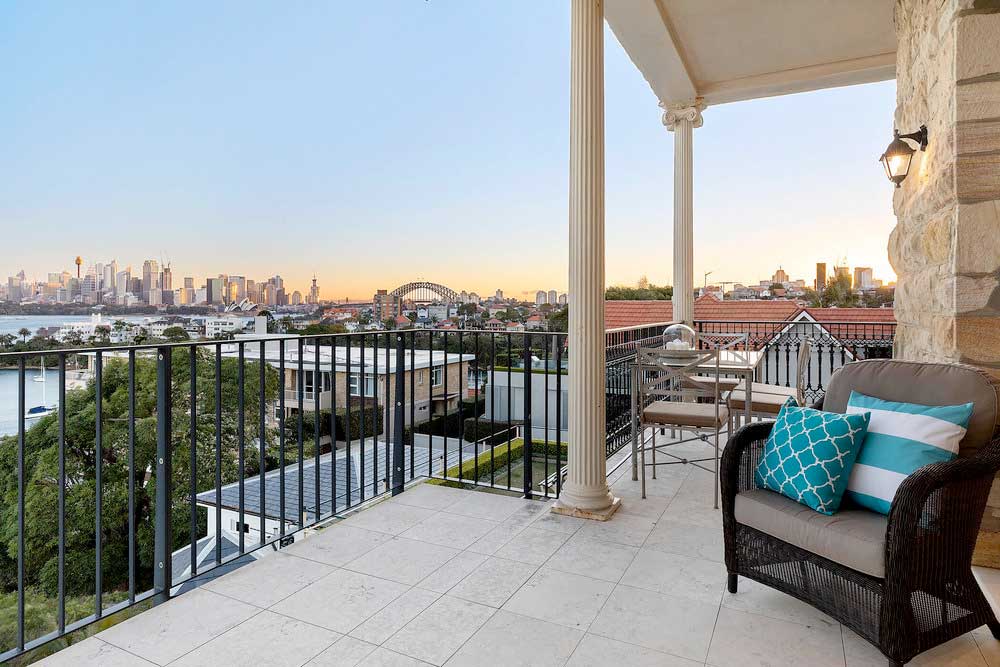 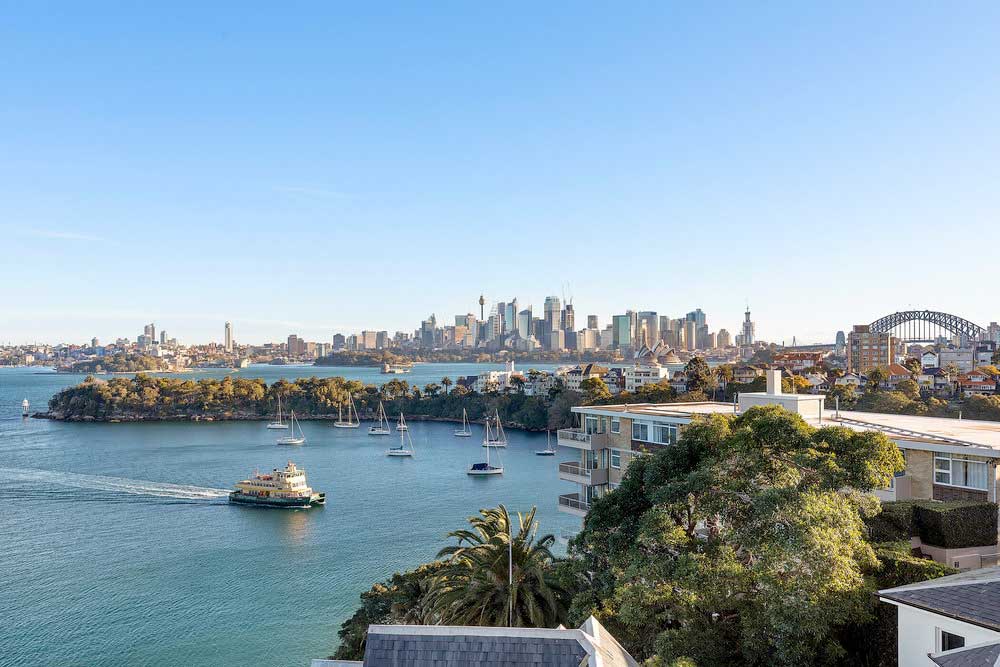 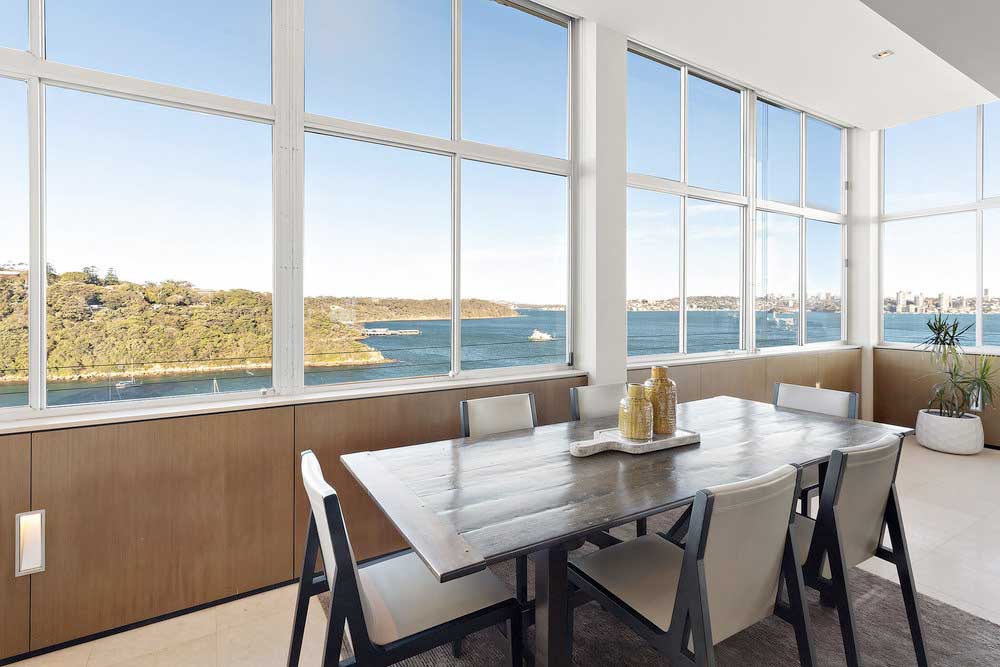 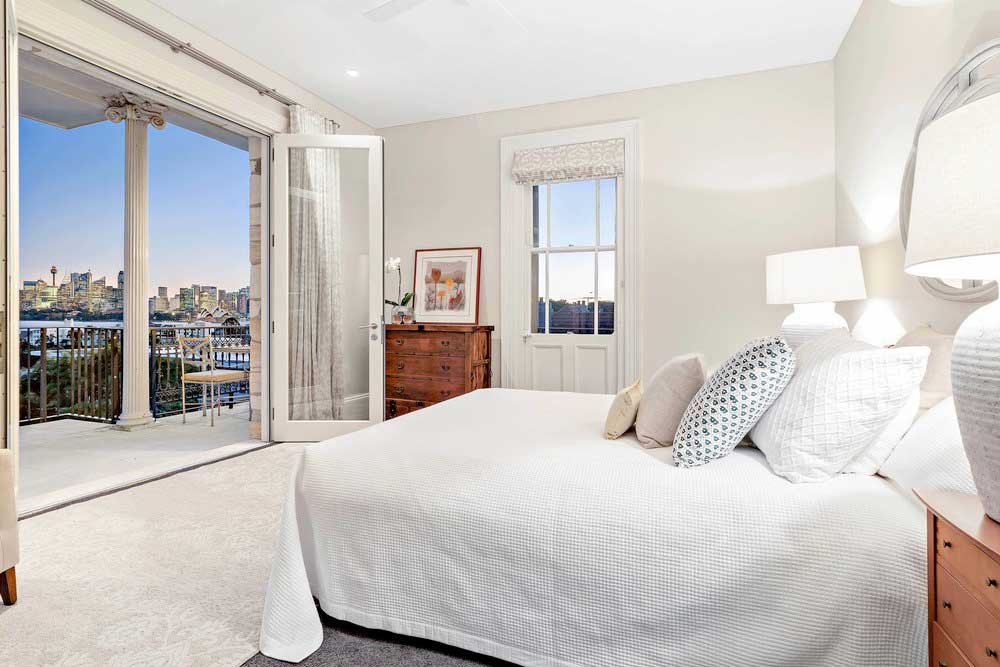 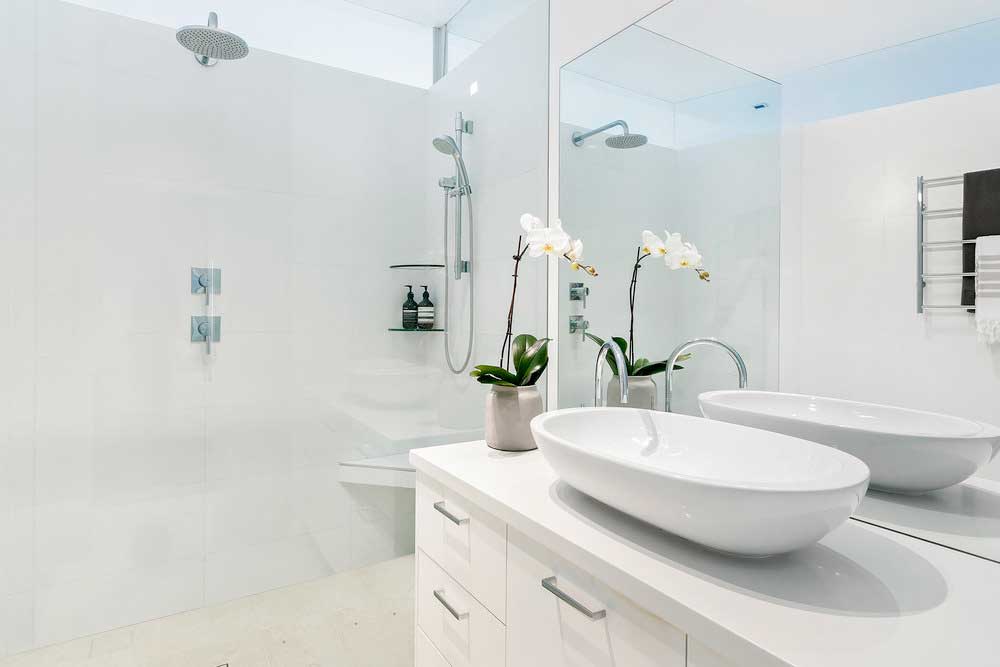 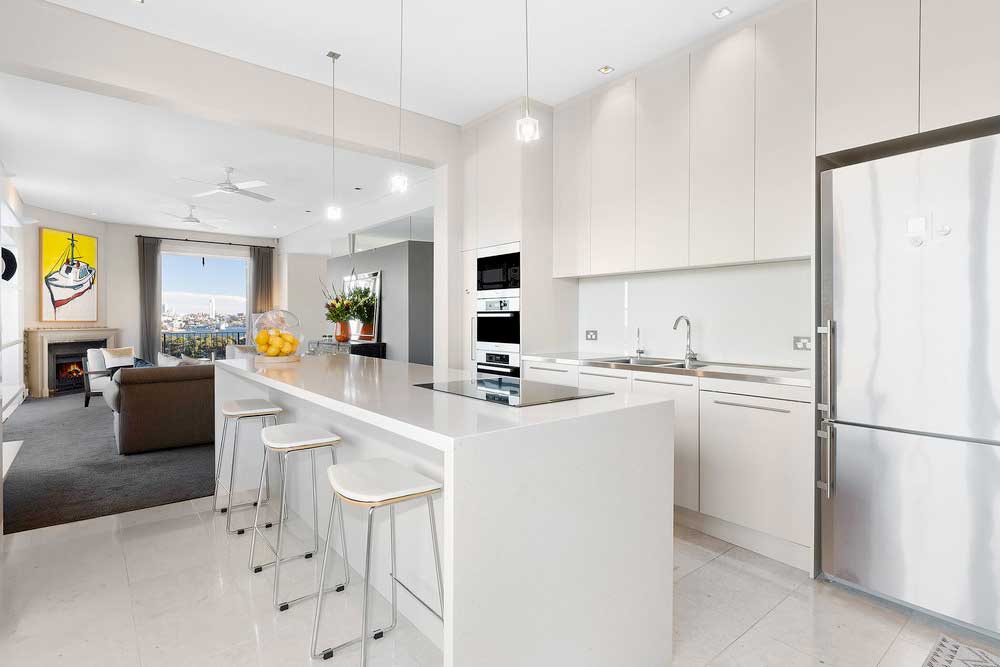 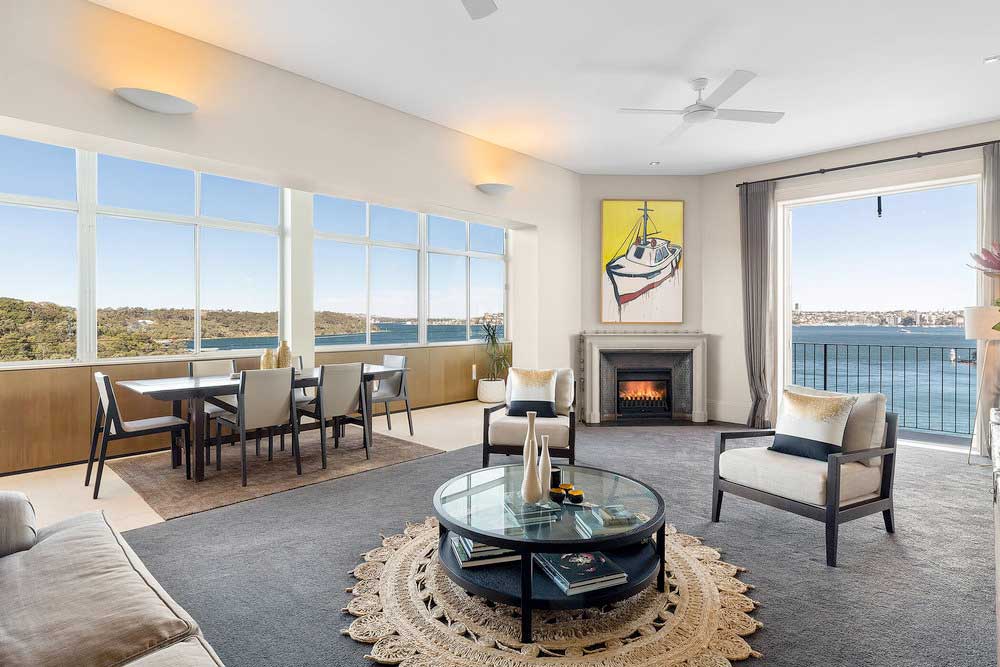 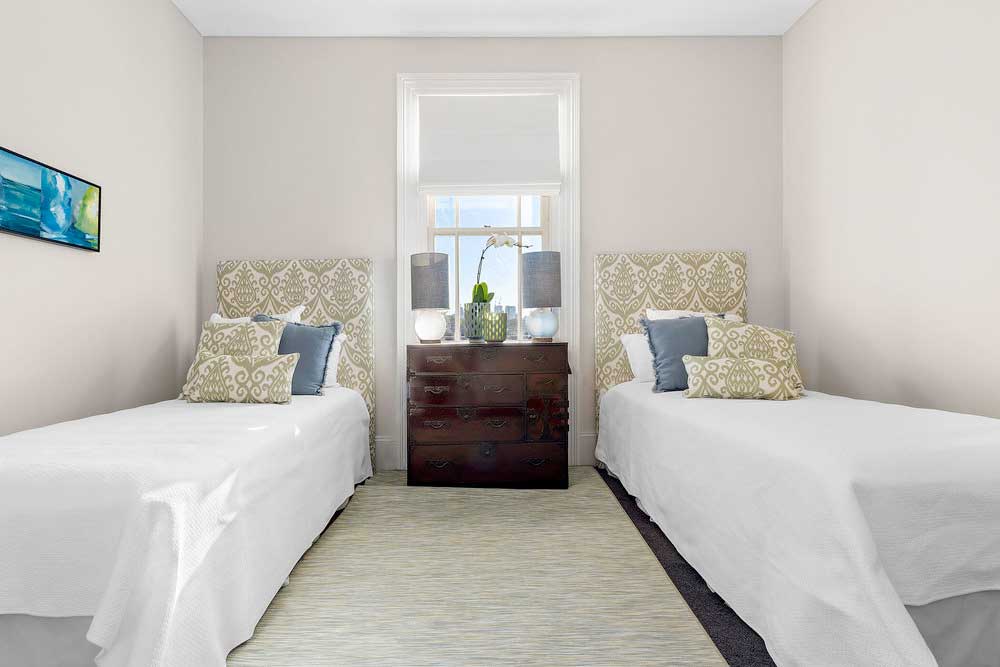 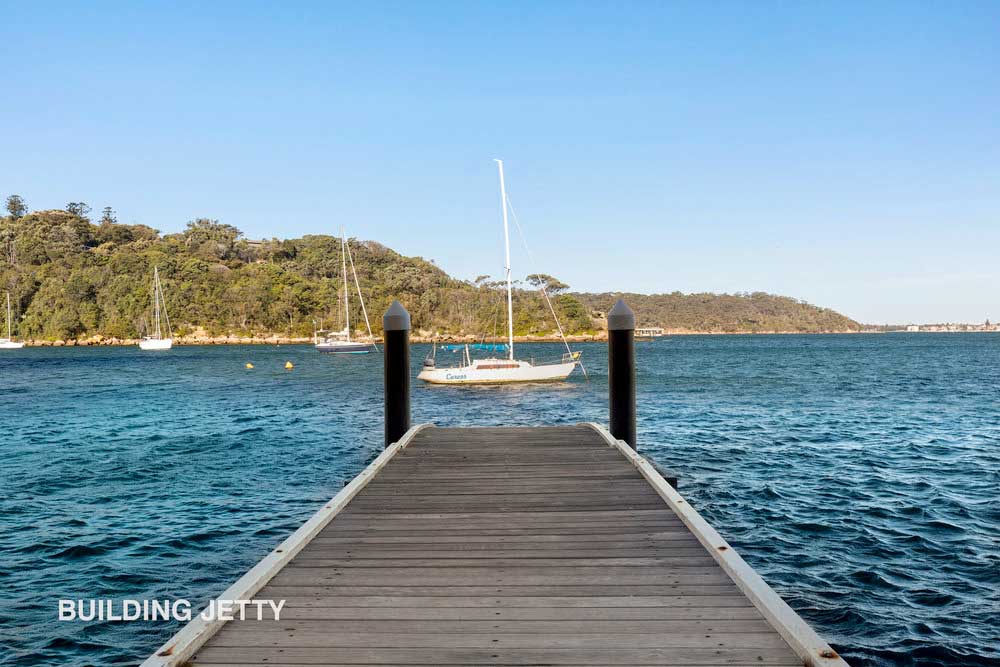 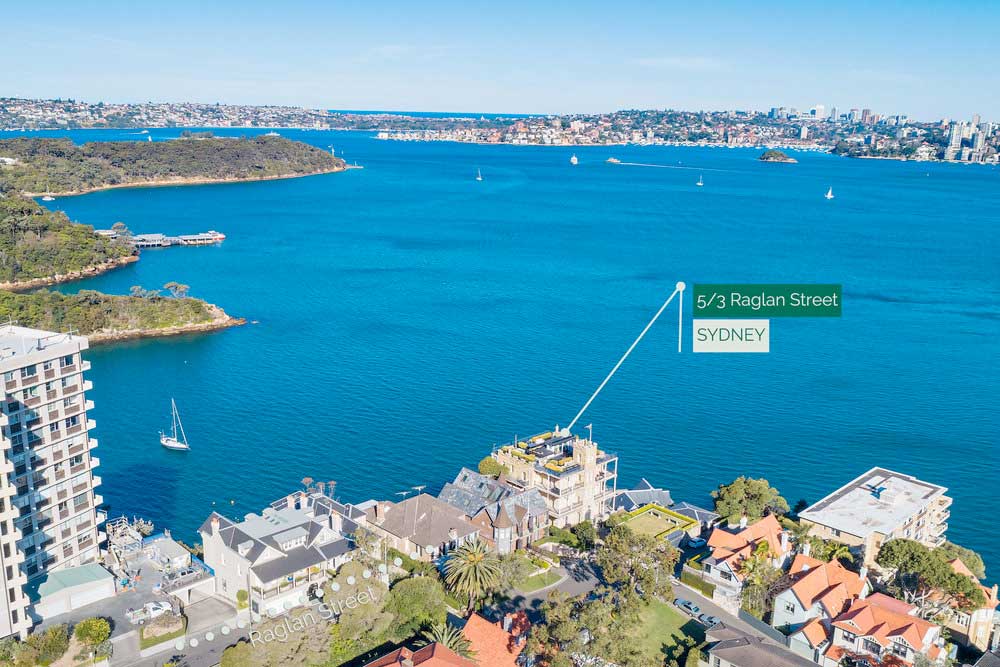 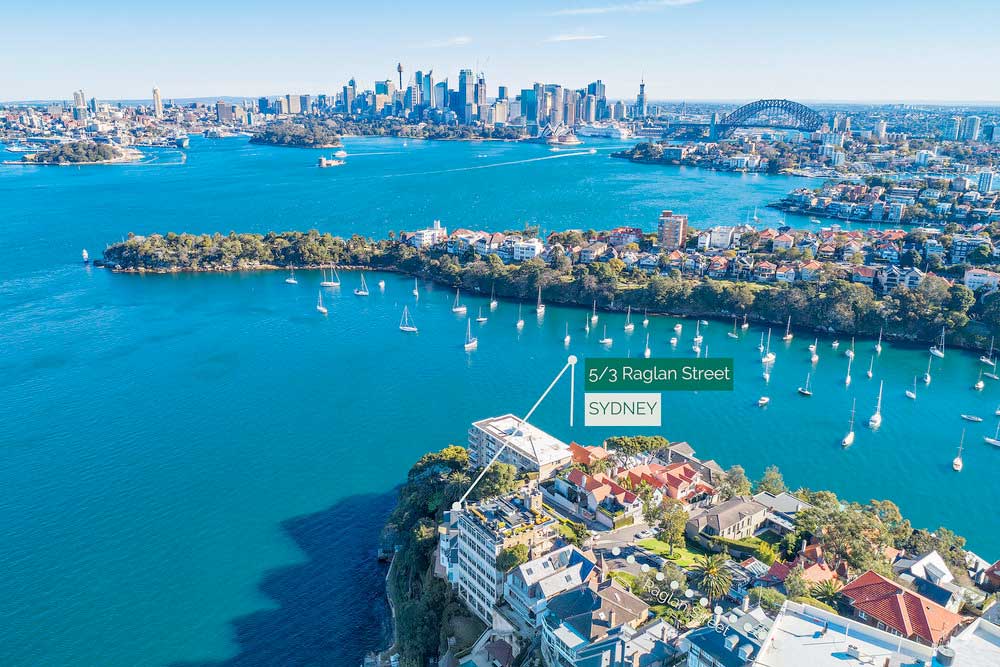 Apartment 5 is undoubtedly one of the finest in the building, with views that leave you breathless. To the south is a mesmerising, uninterrupted outlook to the CBD, bridge and Opera House – while to the north lies Sirius Cove, Bradleys Head – and beyond.

With enormous proportions, soaring ceilings and a full-width balcony, the three-bedroom home is elegance personified. There’s an opulent Master suite, a designer Miele kitchen – and both casual – plus formal – living areas. 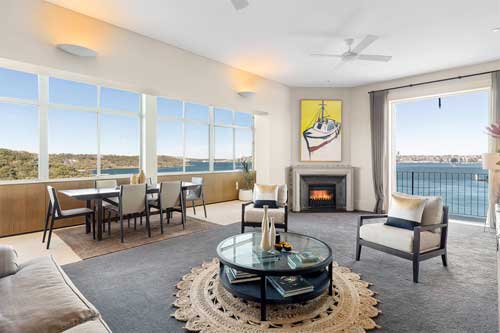 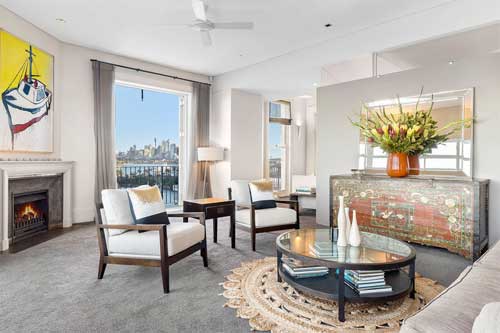 A unique highlight of the apartment is its glorious sunroom, with an exposed sandstone wall that runs the entire length of its eastern side and looks down to ‘The Castle’s’ private jetty.

But nothing of course, beats the view.

Everywhere you turn in this much loved, immaculate home delivers a magnificent feast for the eyes – and soul.

This historic building is truly something special. Its regal apartments don’t often hit the market. If you ever wanted to live like Royalty, now is the time to jump at the chance. 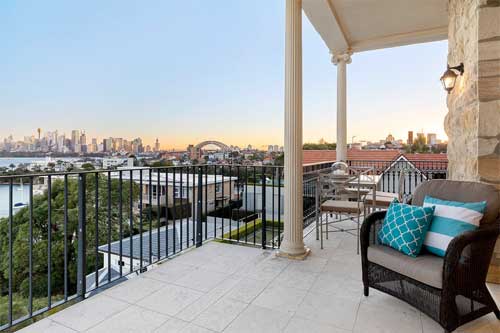