The Primrose Park tennis courts will undergo a full refurbishment thanks to a $2 million grant from the Federal Government.

Constructed in 1985 on reclaimed landfill at the former sewerage treatment works site, the courts are long overdue for a revamp, with settlement on the site causing some displacement of the tennis court slab.

North Sydney Mayor Jilly Gibson said: “This $2.1m grant will allow Council to retain and upgrade the much‐loved tennis courts at Primrose Park and ensure they can be enjoyed by the public for many years to come.

“With our growing population and the higher density living this brings, retaining and improving our outdoor spaces and sporting facilities is more vital than ever. This $2.1m grant has truly served up an ace for the future of local sport.” An artists impression of the all new Primrose Park tennis facility. Work begins on June 21.

External engineering consultants advised Council that adding a topping slab or fully replacing the slab would only be a temporary fix and that a new suspended slab with piles inserted into the bedrock would need to be built. Because the courts were built on landfill, Council may also need to address issues of land contamination when this is complete.

With the high costs involved, Council appealed to the Federal Government for help and has now been awarded $2. 175138 million funding through the Local Road and Community Infrastructure Program.

Council awarded the tender for works on 26 April and construction will begin on 21 June. This will involve full demolition of the existing tennis courts before ground works can begin and a new concrete slab laid.

Once complete, the upgraded facility will include four new tennis courts with synthetic grass and line markings, new court lighting, a new ‘hit‐up’ practice wall, and new equipment including nets, fencing and seating. There will also be new change facilities, a tennis shop, a new communal BBQ area, and a small children’s playground.

In the interim, the Primrose Park Tennis Club will be relocated to the Green Park courts for the duration of the works, expected to take nine months. 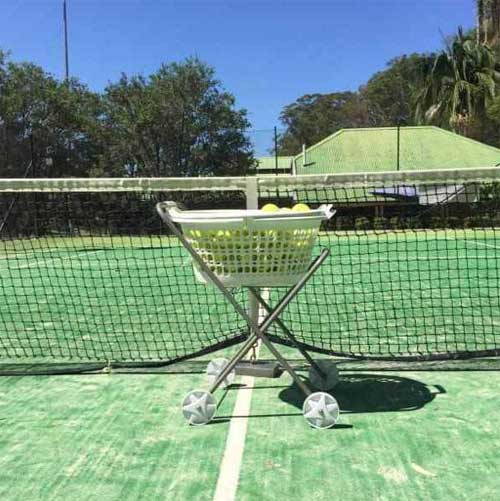