Four people have been arrested following an unauthorised protest on the Sydney Harbour Bridge earlier today.

About 8.25am (Wednesday 13 April 2022), officers from Sydney City Police Area Command were conducting patrols in anticipation of protest activity, when they were alerted to a truck that had stopped in a south bound lane on the Bradfield Highway, near the Cahill Expressway, blocking traffic.

Two people had glued themselves to the roadway, while another two people had climbed onto the roof of the truck, before displaying banners and lighting two flares. 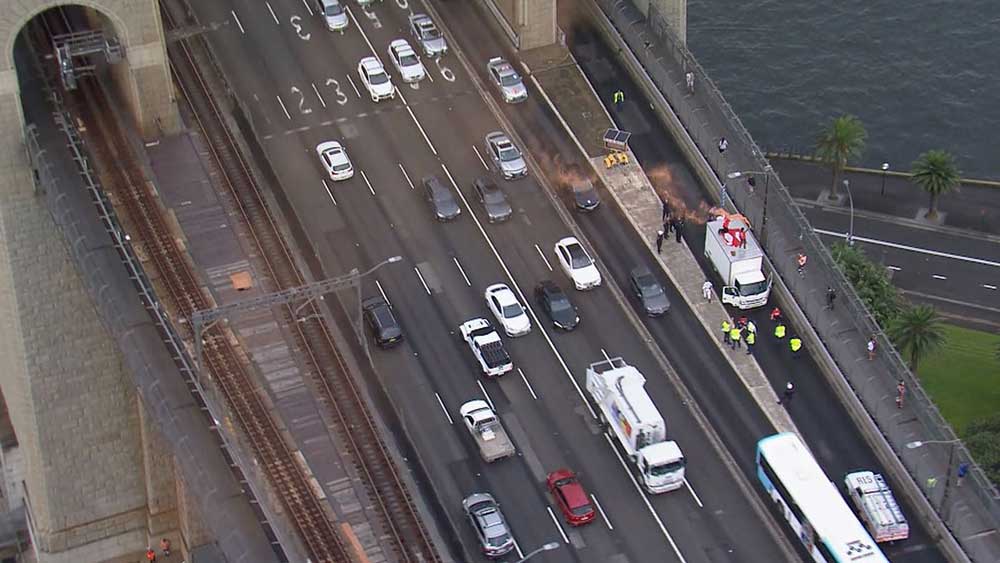 All lanes of the Sydney Harbour Bridge were re-opened around 9am.

“Officers across metropolitan Sydney will continue conducting a high-visibility operation to deter, detect and immediately respond to any protest-related activity across peak periods of transport and travel for Sydneysiders,” Assistant Commissioner Cotter said. 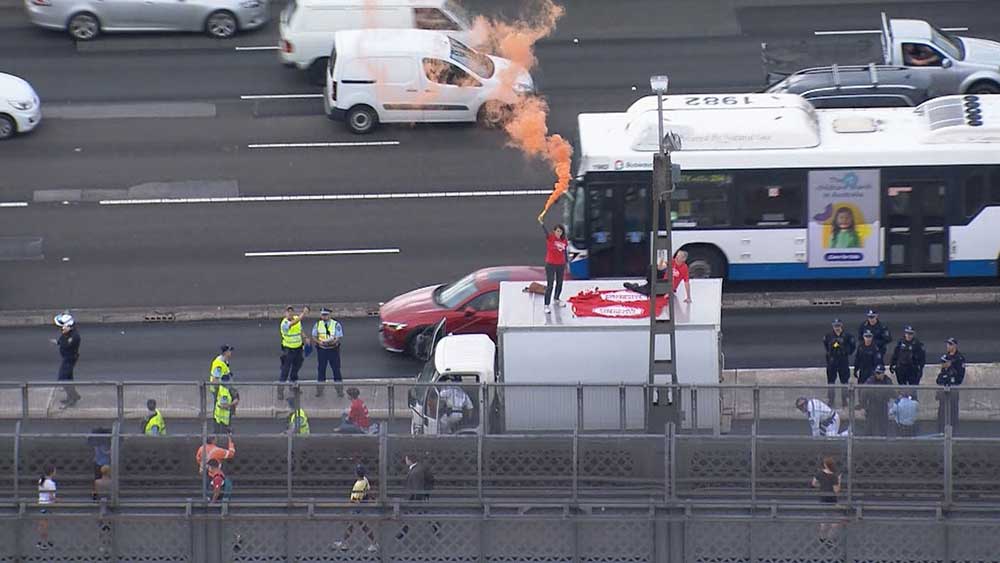 “Our primary focus is to minimise disruption to the community and also ensure that people can enjoy the Easter break and school holiday period.

“We remind the public that anyone engaging in unauthorised protest activity that puts themselves or members of the public at risk, and also causes significant disruptions to the community, will be dealt with under the full force of the law,” Assistant Commissioner Cotter said.

Strike Force Clearway is a metropolitan-wide operation in place to take action against anyone engaging in activity that causes disruption to the community. General duties officers, along with public order teams and officers attached to the Traffic and Highway Patrol Command, will be out in force each day and provide a swift response to reports of protests.