TRENDING NOW >
A new “co-living” complex is set for Spofforth St, Cremorne, so what’s it all about?
Food News: Three Michelin starred restaurant L’Enclume to take up five-week residency at Bathers Pavilion.
Local outrage: Fifty-year-old ornamental palm tree to be destroyed for new Milsons Point cycleway ramp.
Exclusive: Twilight at Taronga returns in 2023 with James Morrison’s “A-Z of Jazz”.
Ryan Gosling to shut down Sydney Harbour Bridge while filming “The Fall Guy” this weekend.
Home » Our Mightiest Whale: Michael ‘Monkey’ Munro chalks up 600 games for Mosman Rugby Club – at the age of 70!
Previous Next

Our Mightiest Whale: Michael ‘Monkey’ Munro chalks up 600 games for Mosman Rugby Club – at the age of 70!

He is Mosman Rugby Club’s oldest player – who shows no signs of hanging up the boots just yet.

Michael ‘Monkey’ Munro recently notched up an incredible 600 games for the Whales, cementing his legendary status at Rawson Oval, where he’s been playing since 1971. 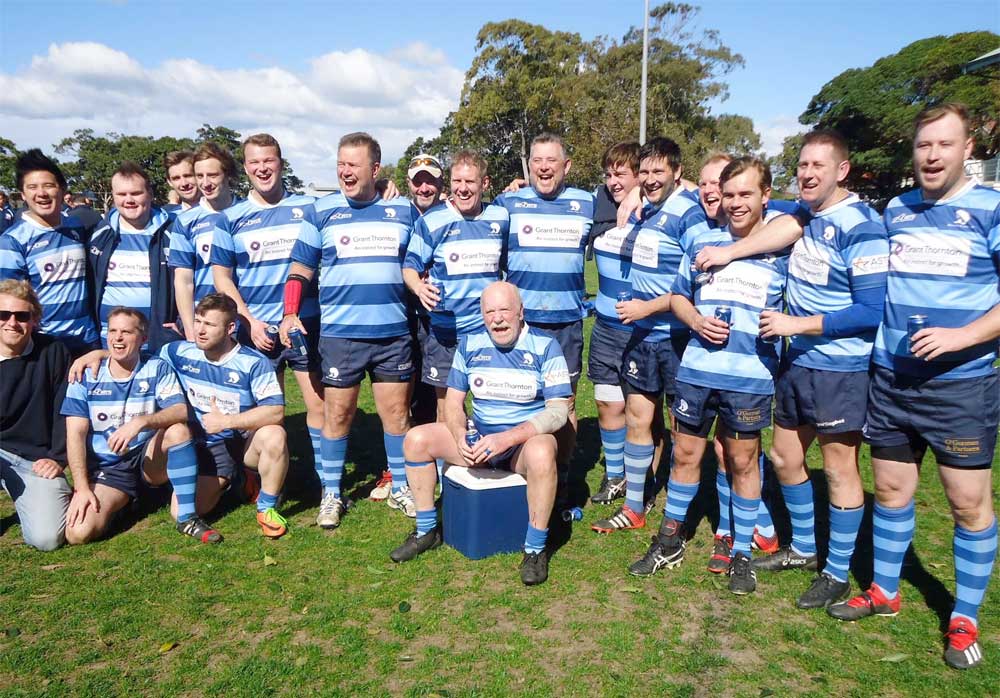 MONKEYING AROUND: Hooker Michael Munro celebrating his 600th game for the Mosman Whales.

Now aged 70, the architect and grandfather of six plays in the blue and blue each week; rain, hail or shine, insisting the brutal sport keeps him young.

“The key for me has been to stay active in my senior years,” Monkey says, “I swim at Balmoral every morning and I love playing rugby in the winter.”

The spritely club stalwart, who plays against opponents half his age, described his 600th game as “magic”, with family members and mates there to see his match winning try.

LOCAL LEGEND: ‘Monkey’ has been in the blue and blue for 50 years! 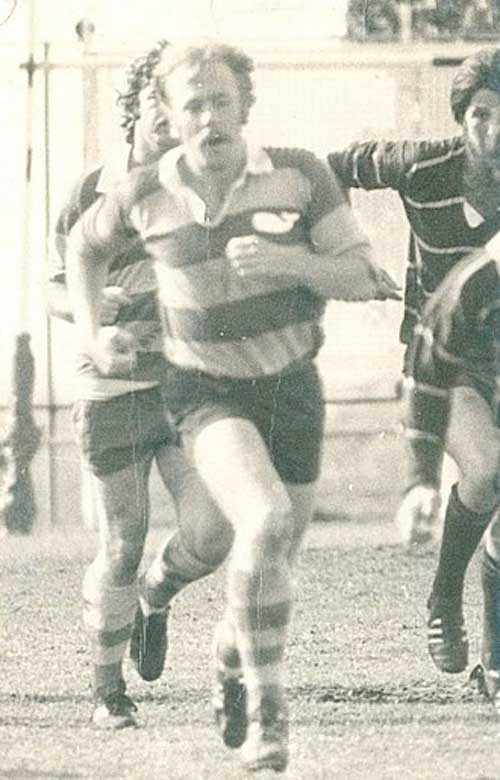 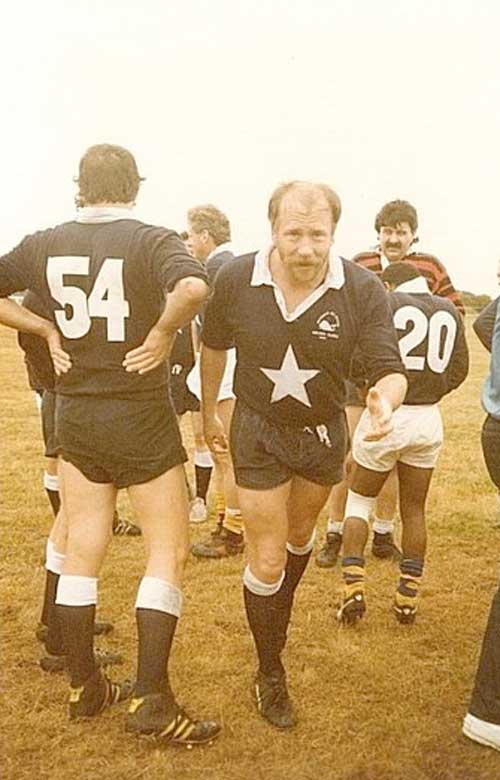 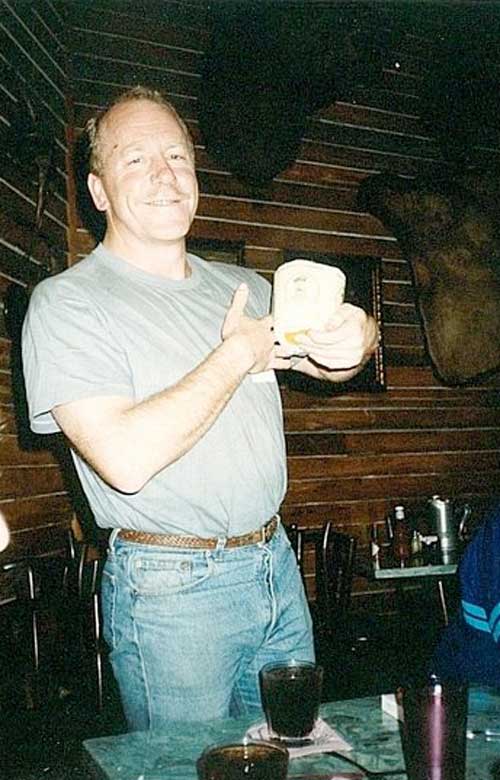 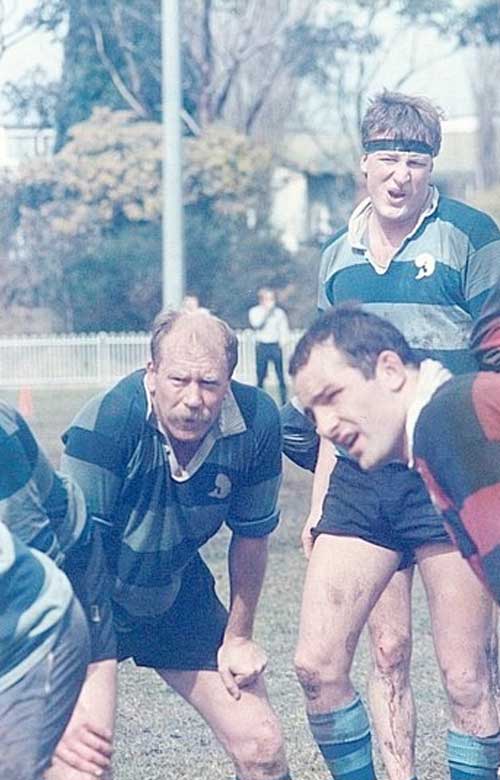 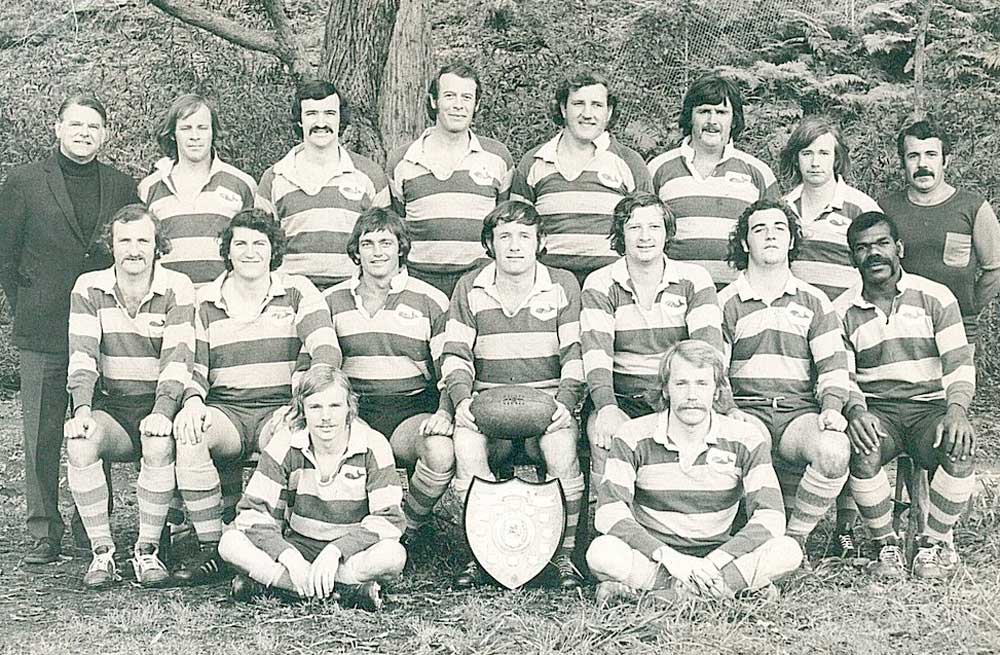 “Getting the ball over the line was an unexpected moment,” Monkey says, “lucky I had my wife, my kids and my grandkids on the sideline, plus the boys from the club, so it really was a magic milestone moment.

“And I reckon I had 600 beers to celebrate in the days that followed,” he laughs. 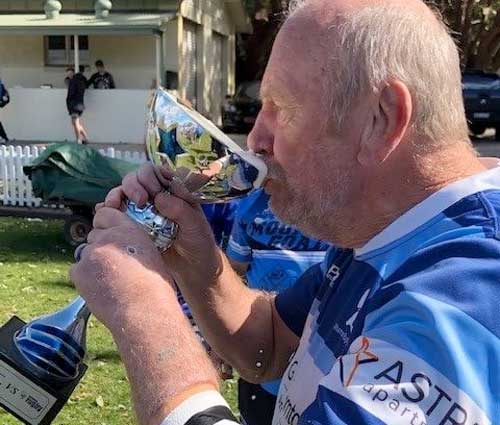 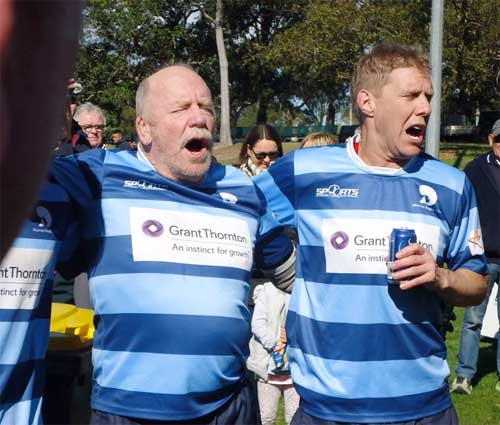 Mosman Rugby Club President Michael Flude said Monkey is nothing short of a local legend, who “just keeps showing up with his boots each week.”

“He gets out there on the paddock and gives it to blokes who are decades younger – it’s just sensational,” Flude says.

Five knee operations, 14 broken noses, countless split lips, a re-built shoulder and a ruptured bicep are just some of the casualties he’s suffered over the years.

With stats like these, it’s little wonder that Monkey’s wife wants him to retire from club rugby, on the cusp of his 50th season for the Mosman Whales.