TRENDING NOW >
The story of an old pool on “unusable” Mosman land that was transformed into Australia’s most spectacular home.
New Year’s Eve: Mosman residents face road closures and clearways as Sydney celebrates the start of 2023.
Socceroo’s News: Where to watch Australia play Argentina on the lower north shore this Sunday.
“If you can drive a car, you can drive a tractor”. School leavers urged to take up farm work in rural NSW.
Bridgepoint Mosman embraces Christmas with Nativity Scene, Santa photos and festive gift wrapping!
Home » North Sydney Bears out of hibernation and confirm bid as NRL’s 18th team.
Previous Next

North Sydney Bears out of hibernation and confirm bid as NRL’s 18th team.

The North Sydney Bears have formally commenced their bid to become the NRL’s 18th franchise.

The North Sydney Bears have launched a bold bid to return to the NRL as its 18th team.

Just weeks after the Dolphins beat southeast Queensland rivals the Jets and Firehawks for the game’s 17th licence, the foundation club has announced it wants to re-enter the Premiership as soon as 2025.

North Sydney last played more than two decades ago, and if successful, Bears Chairman David Dickson says it will be “the best rugby league story in 20 years”.

“We want to take rugby league to the people – this is about doing rugby league differently. This hasn’t been done before,” Mr Dickson said.

Jason Taylor runs out for the mighty Bears at North Sydney Oval.

The new entity will see the team’s North Sydney branding removed, with the club to be known only as the Bears. And while the red and black colours and home ground will remain, the pitch is to take games “on the road” to regional NSW.

“The Club has a groundswell of fans who just want to be back in the competition,” Mr Dickson told 2GB this morning. 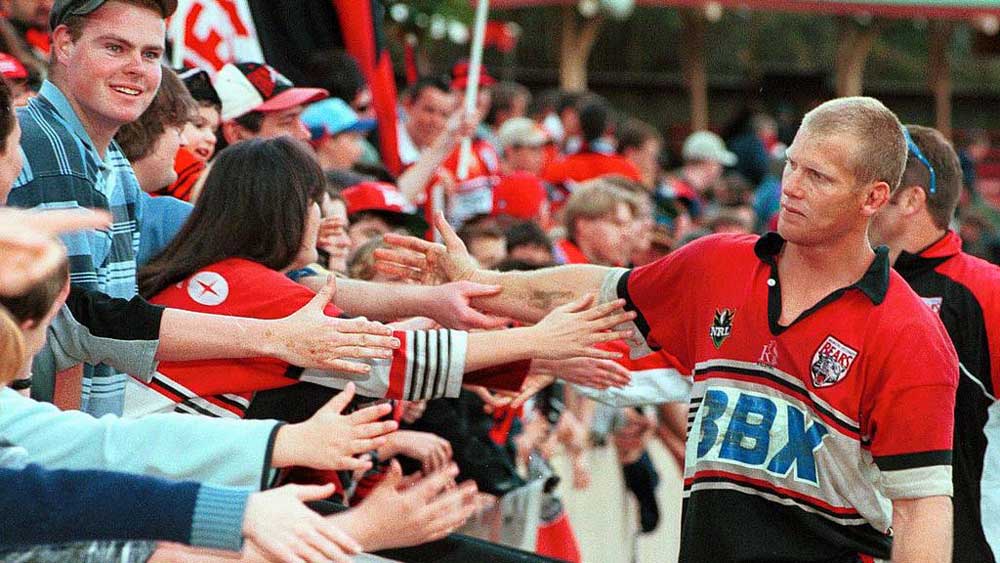 Mr Dickson said “four to six” games would be played at the Bears spiritual home of North Sydney Oval each season, and the rest in towns like Dubbo, Coffs Harbour, Wagga Wagga, Gosford, Bathurst and Tamworth.

The North Sydney Bears were forced out of the NRL in 1999, rising briefly again as one half of the Northern Eagles, an ill-fated venture with Manly.

Currently a feeder club to the Sydney Roosters, it’s believed North Sydney has the finances needed to return as a Premiership contender. 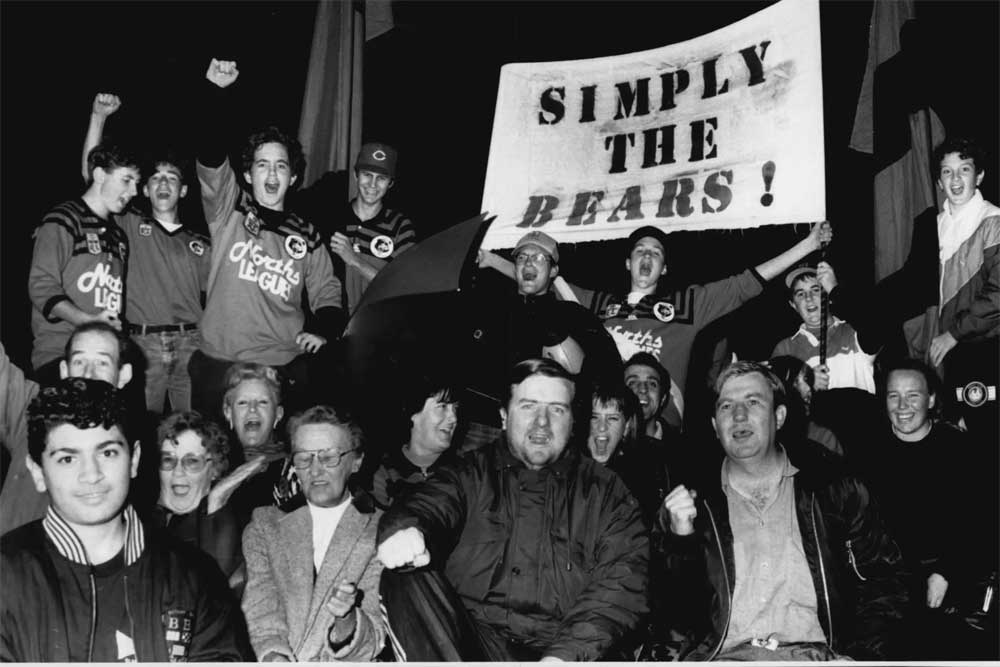 “We’ve got a good structure of people who have been in and around the game and are corporately very savvy,” Mr Dickson said.

“Financial backing is not the problem; we’ve got to make sure that we are not a risk for the NRL, and we’ve done our homework … I think we’ve got the structure right too,” he said.

The North Sydney Leagues Club has pledged to back the bid as a long-term sponsor and partner.

The new Bears logo has been revealed to fans as the club makes a pitch to re-enter the big leagues.