TRENDING NOW >
New Year’s Eve: Mosman residents face road closures and clearways as Sydney celebrates the start of 2023.
Socceroo’s News: Where to watch Australia play Argentina on the lower north shore this Sunday.
“If you can drive a car, you can drive a tractor”. School leavers urged to take up farm work in rural NSW.
Bridgepoint Mosman embraces Christmas with Nativity Scene, Santa photos and festive gift wrapping!
“Get in quick”: Local Christmas tree shortage impacting Mosman, Cremorne and Neutral Bay.
Home » Mosman’s famous Federation “Merchant Mansions” – and the men who built them.
Previous Next

Mosman’s famous Federation “Merchant Mansions” – and the men who built them.

Our local history series continues, with Robert Simeon taking a look back at the life and times of local builders Smith & Cabban, who rose to fame in the early 1900’s with their landmark Mosman “Merchant Mansions”.

I’ve lived in Mosman my entire life. 58 years to be exact.

With its dress circle position on Sydney Harbour, leafy streets, beautiful beaches and abundant parkland, it’s not hard to imagine why this place is considered one of Australia’s most prestigious suburbs.

My real estate journey began in the early 1980’s and I can vividly recall the first time I was introduced to Federation architecture.

The topic fascinated me, and when we were told to visit Prince Albert St and Bradleys Head Rd to study the houses, I knew I had found my calling.

Mosman is a unique suburb, in one of Australia’s most stunning and historical locations.

Looking from North Head, across to Middle Harbour and you will see the same, striking sea scapes that greeted the First Fleet when they sailed into Sydney Harbour in 1788.

The early settlement of Mosman has already been well documented by notable local historians, but it’s the turn of the century that really excites me. 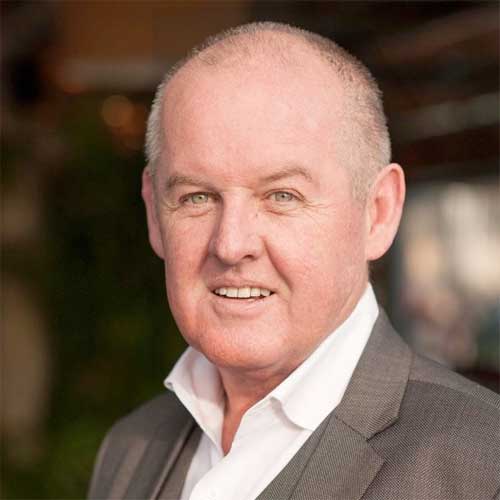 Robert Simeon is a lifetime local and keen historian. 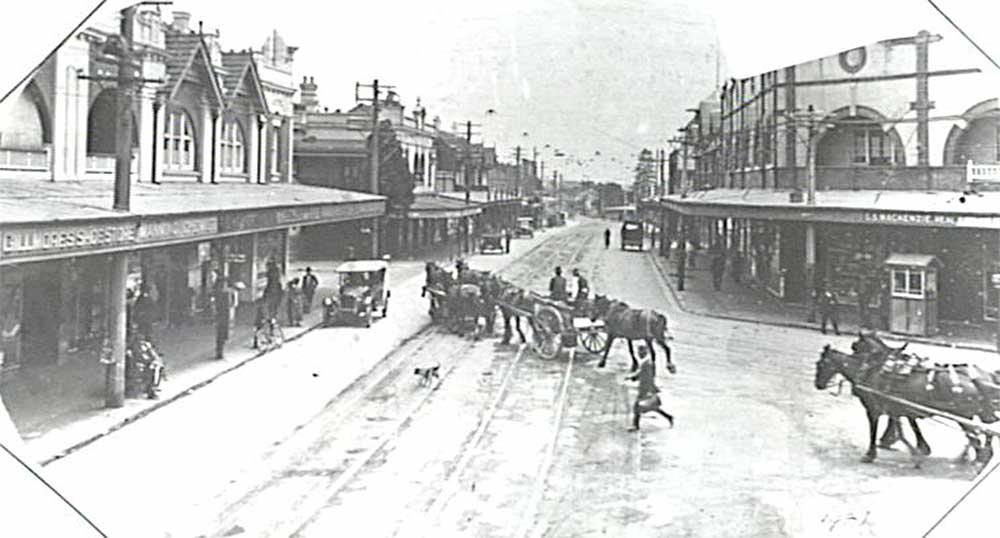 Spit Junction at the turn of the century. Image: Mosman Library.

The 1880’s and 1890’s were a boom era of local achievements, but the real game changer came with the introduction of the electric tram.

In 1893, this new method of transport extended from Ridge St in North Sydney to Spit Junction, and when the line was extended four years later, it brought with it heavy residential settlement along its route. 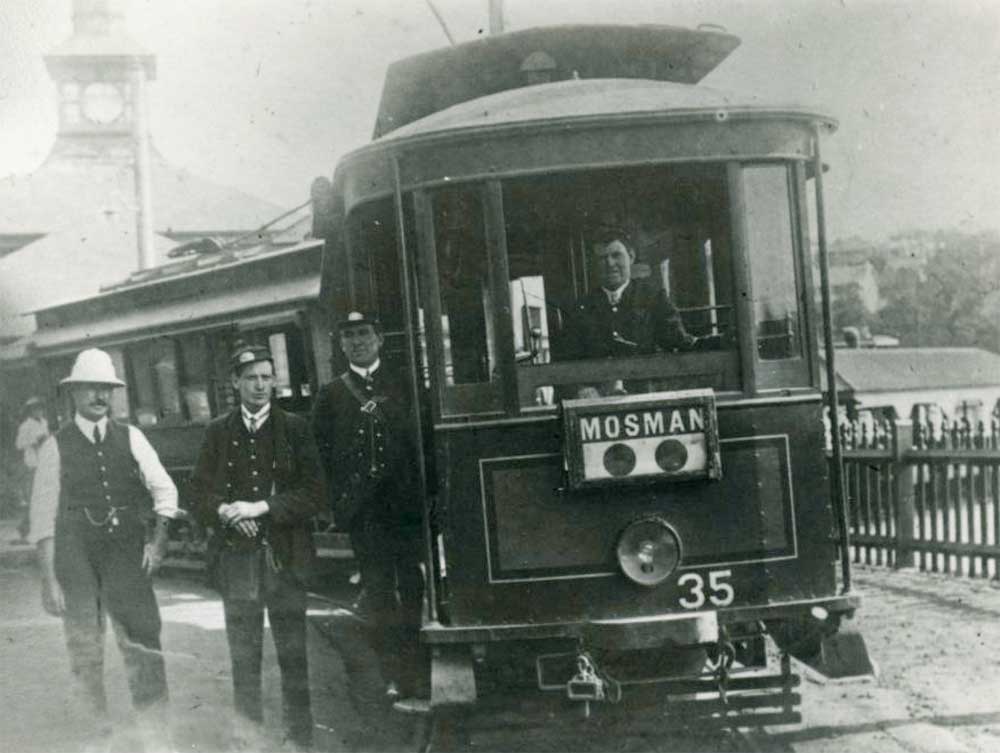 In those years, prior to World War One, the building activity in Mosman significantly intensified, with rows of shops erected for the increasing population – who also needed to be permanently housed.

Speculative builders arrived on mass, hastily constructing cottages and larger homes to meet the public demand, but there were two who decided to do things differently.

William Smith and Sydney Cabban, known as “Smith & Cabban” arrived in Mosman after securing the contract to build the local public school.

They went on to purchase part of the Silex Estate around Bradleys Head Rd (about 170 lots) – and in just a few years they had covered it with beautiful, new Federation structures. 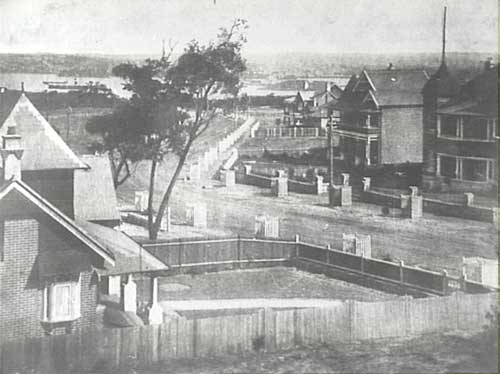 Bradleys Head Rd, Mosman. Made famous by Smith and Cabban. 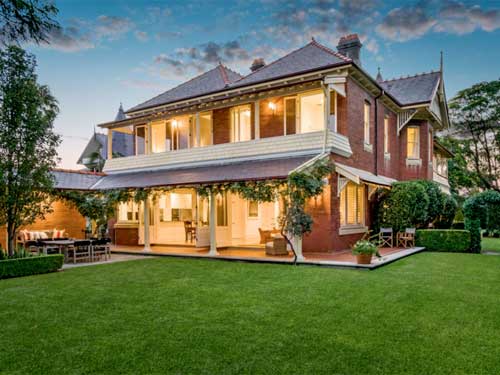 “Alderman W.H Smith himself has done much to help on the progress of the suburb,” one newspaper article published in 1905 reads.

“He built The Strand, the Commercial Exchange buildings and very many of Mosman’s finest residences, including a large proportion of those on Bradleys Head Road, the ‘Potts Point’ of Mosman.” 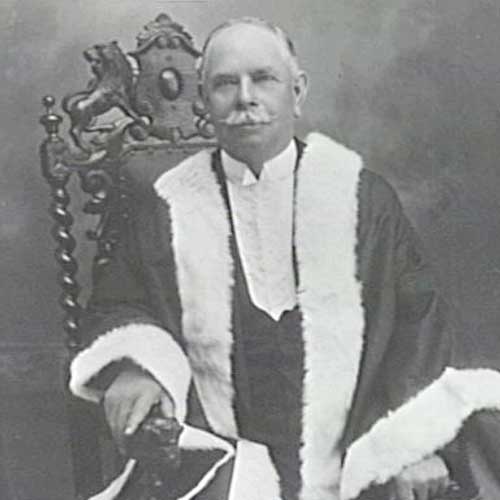 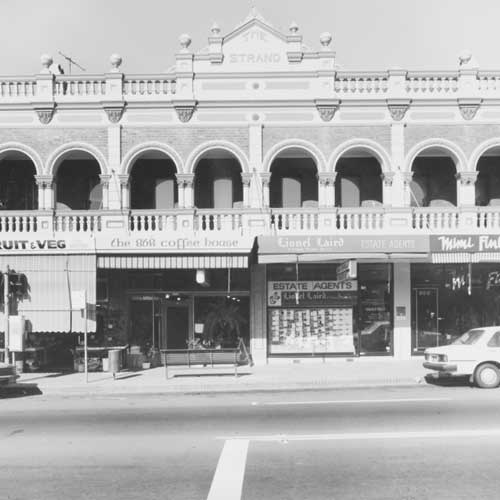 The Strand. Built by Smith & Cabban.

William Smith was a man whom I believe had a massive influence on Mosman, serving on the Council for 25 consecutive years, as a representative of East Ward.

And while he was Mayor for five annual terms, Smith’s real legacy stands today, best represented by the magnificent homes that he built on Bradleys Head Road.

Images in this story courtesy of Mosman Library.