Thomas Wescon (right) passed away on September 26 after a long illness. He was 74.

Mosman identity Thomas “Nicky” Wescon is being remembered for his tireless contribution to the local environment.

Born in Deniliquin, Mr Wescon moved to Sydney in the 1970s to get a taste of life in “the big smoke”, his son Stuart told Mosman Collective.

“But Dad didn’t find a boring office job in the city. He became a Garbo – and it turned out to be the best decision he ever made,” Stuart said.

“He loved being a Garbo so much; he started his own company.” 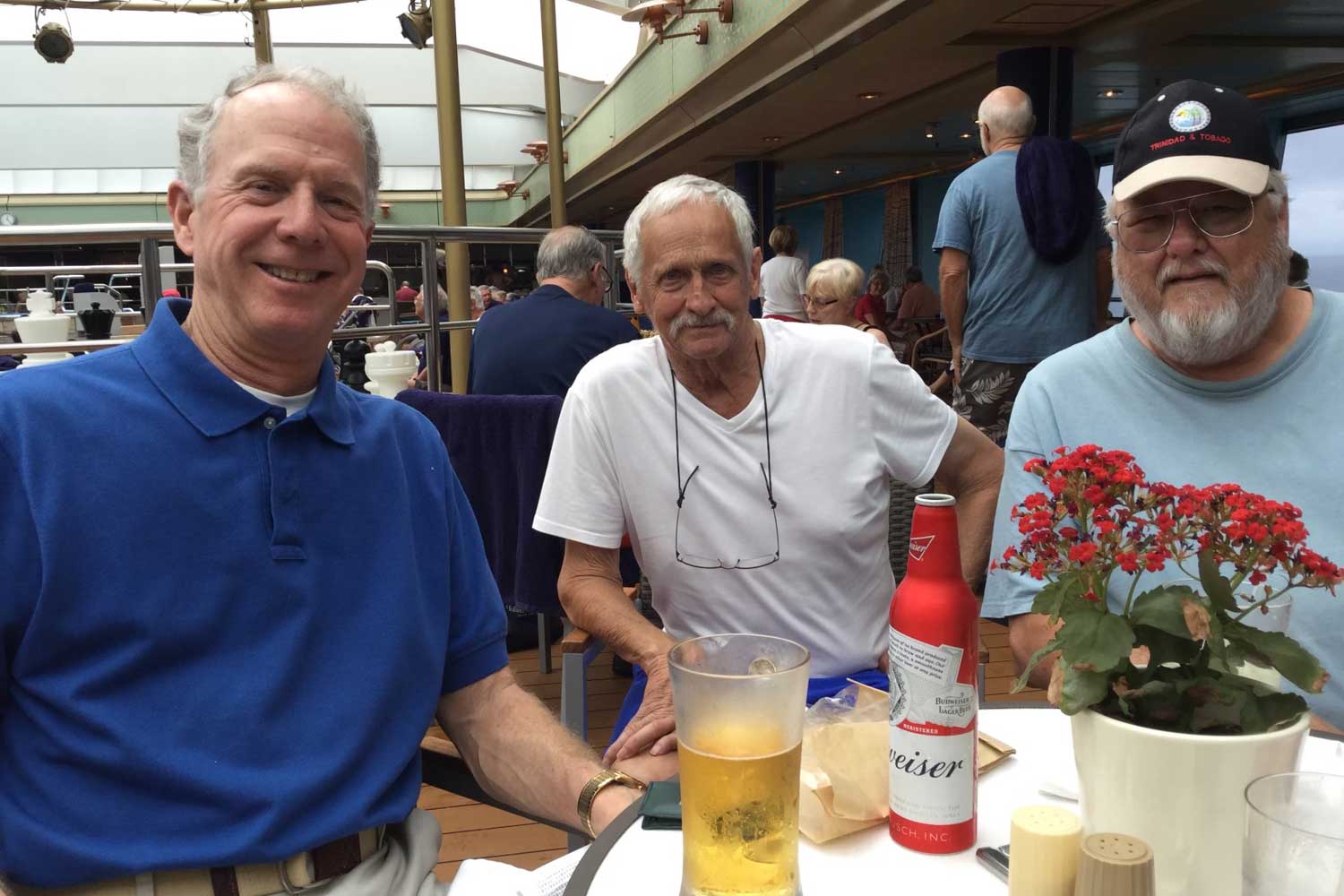 Tom’s connection to the lower north shore began in 1996 when Council awarded Wescon with the contract for cleaning local beaches and reserves.

It was the start of a long-standing love affair with the local area.

“Dad travelled around the world with Mum and went on heaps of cruises, but his heart never really left Balmoral,” Stuart said.

“Every single morning, he’d have his coffee on the jetty and then get back into the truck and tell me how bloody lucky he was.

“Keeping the beaches clean and tidy was his obsession, along with the Essendon Football Club, horse racing and having a beer with his mates!” 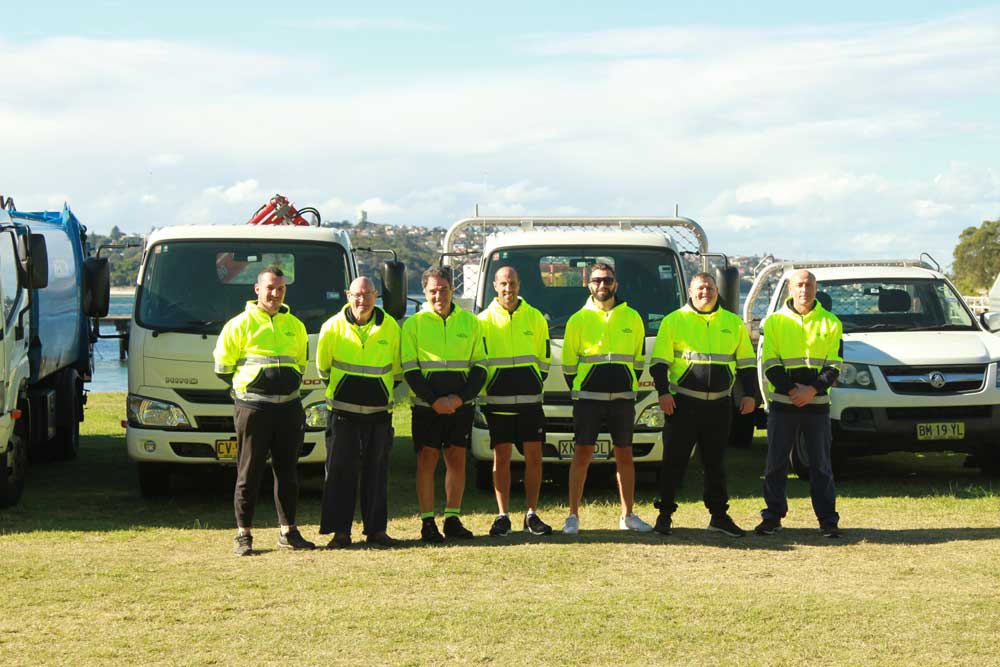 Stuart Wescon (centre) and his team will honour their Founder with the local community at a date to be advised.

A highlight of Mr Wescon’s career was being recognised by the “Keep Australia Beautiful” organisation in the 1980s, after Balmoral was nominated as one of the cleanest beaches in NSW.

In an interview with the Mosman Daily, Judges said, “Tidy Tom” Wescon had provided exemplary public waste management, recycling, beach and reserve cleaning and management of parks and playgrounds.

“It’s nice to get a pat on the back,” he said at the time, “the Garbo’s don’t get a day off, and we are here at Balmoral at 6 am every morning.”

“We are obviously busier in the summer than the winter, but the local people are very helpful and take an interest in what we are trying to achieve.” 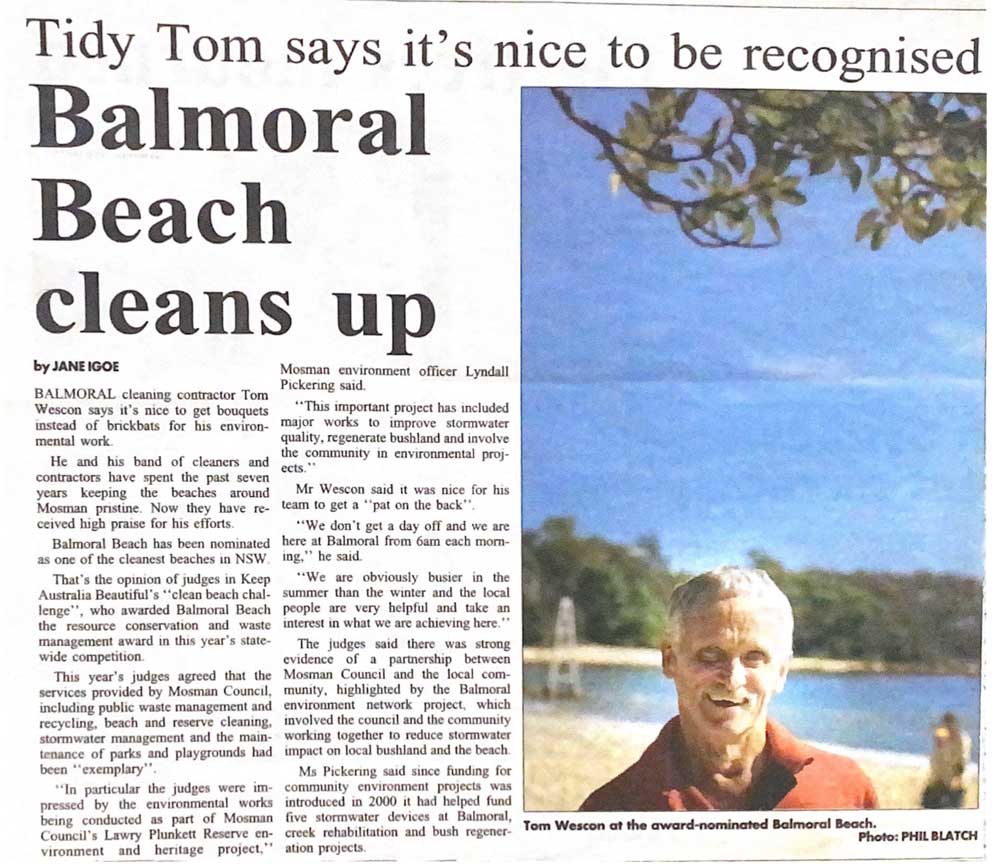 One of Tom’s greatest achievements was a Keep Australia Beautiful award for his work on Balmoral Beach.

When Tom’s son Stuart took over the family business a few years ago, he said he was “gobsmacked” by the scores of residents who knew his father.

“Dad made a lot of friends in Mosman – and as a result, I’m blessed with the same wonderful friendships,” Stuart said.

“Our family wants to thank the residents who’ve sent their condolences and flowers to my mum. She is just devastated by the loss.”

His funeral will take place on October 7.