Mosman fundraiser to give local girl Jessica Lawrence the “Sunny Days” she deserves.

Residents have launched a charity fundraiser to support a Mosman teenager who was struck down with a rare medical condition in 2014.

Jessica Lawrence was diagnosed with Neurofibromatosis type 2 (NF2) when she was just 14 years old.

“We discovered Jess’s illness when she became really tired and had a sore shoulder, and the pain didn’t go away. We took her to a paediatrician who sent her to a sleep specialist, and she was diagnosed with narcolepsy,” Mum Monica Lawrence told Mosman Collective. 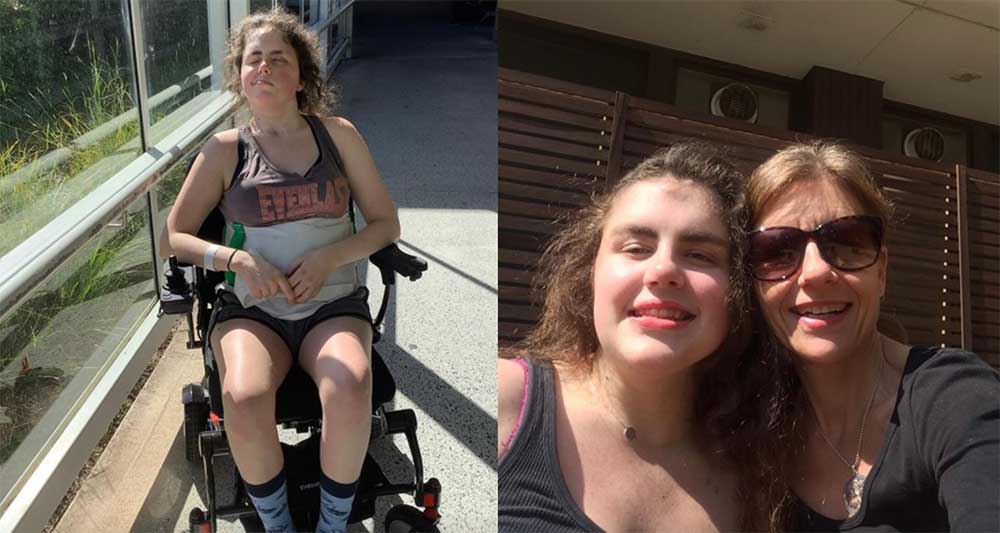 Jessica Lawrence was struck down with a rare medical condition, Neurofibromatosis type 2 (NF2), in 2014.

“Jess then had an MRI scan of her brain and spine, and it noticed multiple tumours growing on her nerves. The pain in her shoulder was due to a large tumour on the top of her spine. It was operated on and removed as it threatened to paralyse her.”

After the operation, Jess had to relearn to walk, eat and drink.

Since then, she’s had three major surgeries and each time there have been major complications.

Jessica has undergone three major surgeries and is a former student of Mosman High School.

Fortunately, Jess was able to complete her HSC at Mosman High and began a Marketing degree at Macquarie University in 2018.

She was able to balance her studies between her treatments and rehab for some time. In the same year, Jess had a major operation to remove a large tumour pressing on her brain stem and had a severe stroke.

“The operations in 2018 and 2021 have affected her hearing nerve and made her deaf. The last operation lasted 17 hours, and Jess was in a coma for five weeks afterwards. They couldn’t wake her up, and there was major swelling on the brain,” Monica explained.

“The swelling caused pressure on all the nerves around the body. Now the left side of her face, throat and vocal cords are paralysed. She has difficulty speaking and swallowing, has a high risk of choking, and her left eye doesn’t close properly. 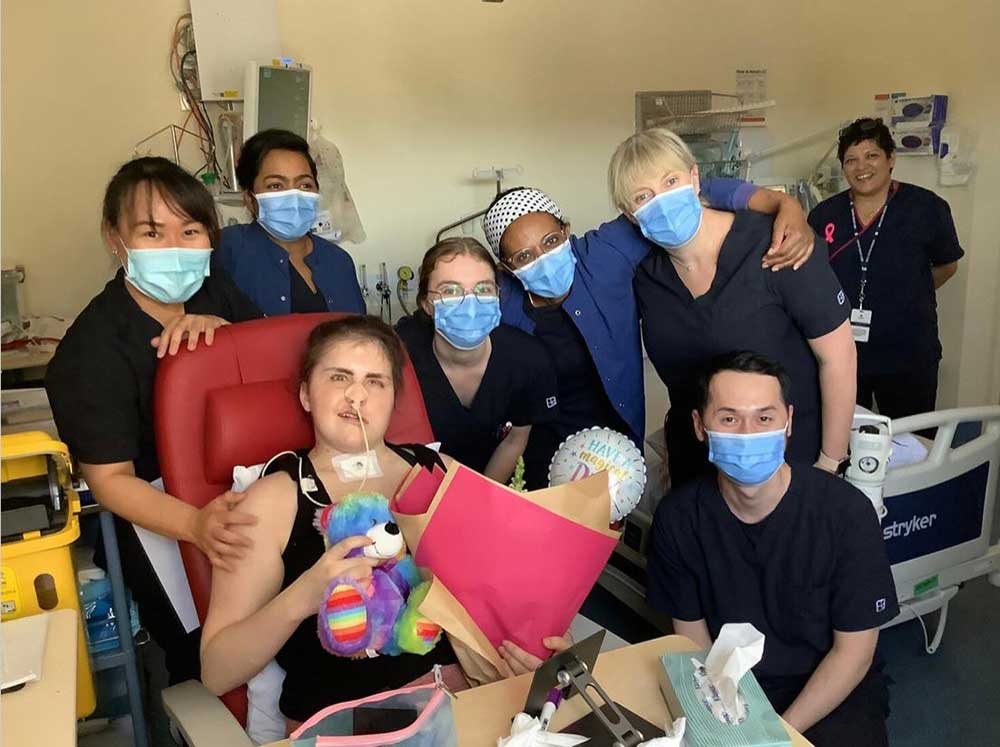 Local business owners are asked to help support the ‘Sunny Days’ Foundation with donations for the upcoming fundraiser.

“Jess has difficulty with movement and strength and walks with a walking frame. Support workers come in during the week to help look after her to make sure she doesn’t fall when she leaves her wheelchair.”

A group of close family friends have started a charity for Jess named Sunny Days Foundation. On September 24, they have organised a fundraiser at Long Reef Golf Club to raise money for Jess by auctioning donated items.

“We are supporting the family financially, but I want them to know that I love and care for them and will do whatever I can to help,” said long-time family friend and fundraiser coordinator Lindy Johnson.

“We want the family to know that the community and their friends will support them in their darkest hours and days. It takes a village.”

Jess’s medication costs the Lawrence family more than $5000 each month.

Caring for a daughter who has undergone multiple major surgeries, relies on medication and attends physiotherapists, speech pathologists, and occupational therapists’ week in, week out comes at a great expense. All funds raised at the Soiree will go to Jessica so she can continue to trial medication and hopefully have the sunny days she deserves.

“There is no known treatment for this type of tumour to shrink and remove them. It’s very experimental. Jess is on immunotherapy and chemotherapy, but the drugs aren’t designed for the disease, so Medicare does not cover it,” sighed Mrs Lawrence.

“Jess’s medications cost over $5000 a month. The money raised will allow us to keep trying medication until we find one that works.”

Monica expressed, “We are just so in awe for everyone and overwhelmingly grateful for our friends in the community that have gotten together to help us.” 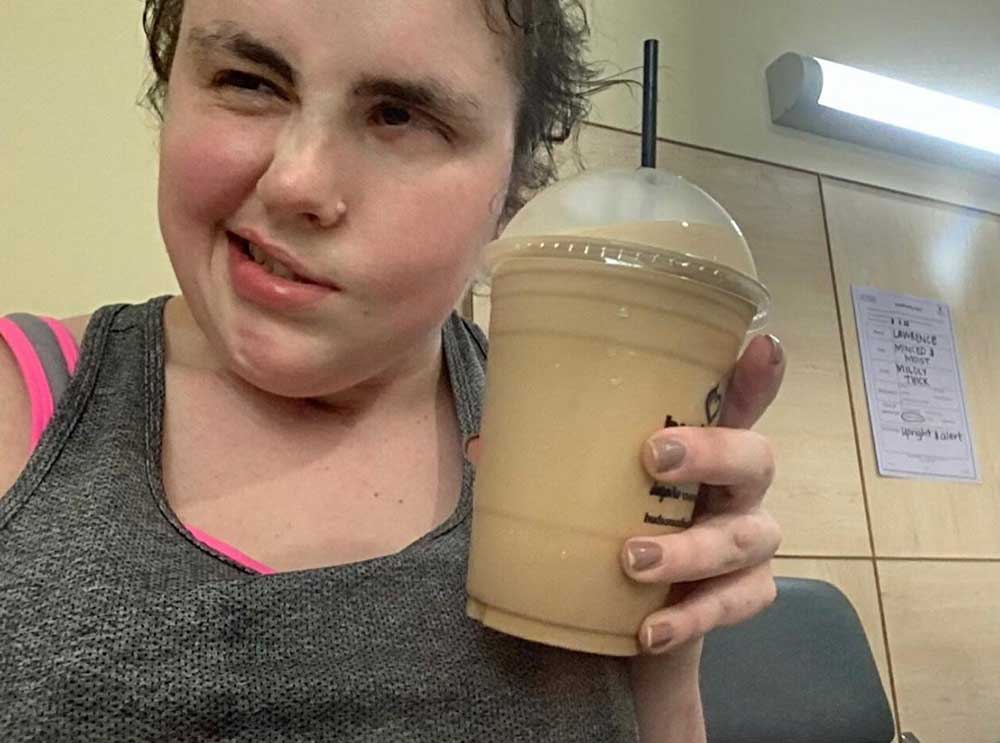 Tickets for the fundraiser are sold out, but you can donate items to the auction to help raise money for Jess.

Tickets for the fundraiser are sold out, but you can still donate items to the auction to help raise money for Jess on the night. For those who were unable to attend the Soiree, there is the option to donate online on the Sunny Days Foundation website or Jess’s GoFundMe page.

“We’re looking for donations of anything that people see as value so we can auction them off. We hope to raise as much money as we can for Jess and her family,” insisted Sunny Days Soiree auctioneer Mark Wallis. 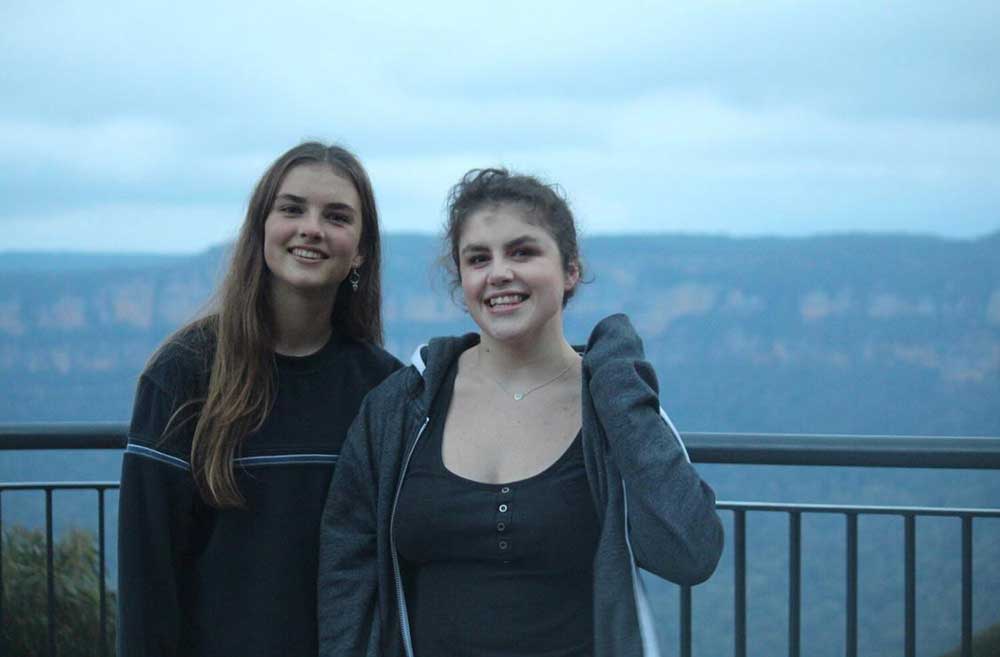 For more information about Jess’s story, visit the websites: