Remember 1982? Malcolm Fraser was Prime Minister, the Man from Snowy River was ruling the box office, Eye of the Tiger was the biggest-selling single of the year and Sydney inherited a flock of Swans, making the trek across from South Melbourne to the SCG.

It was also the year Mini-Mos started and the much-loved Mosman road race and fair will celebrate its 40th birthday on Sunday, June 19. 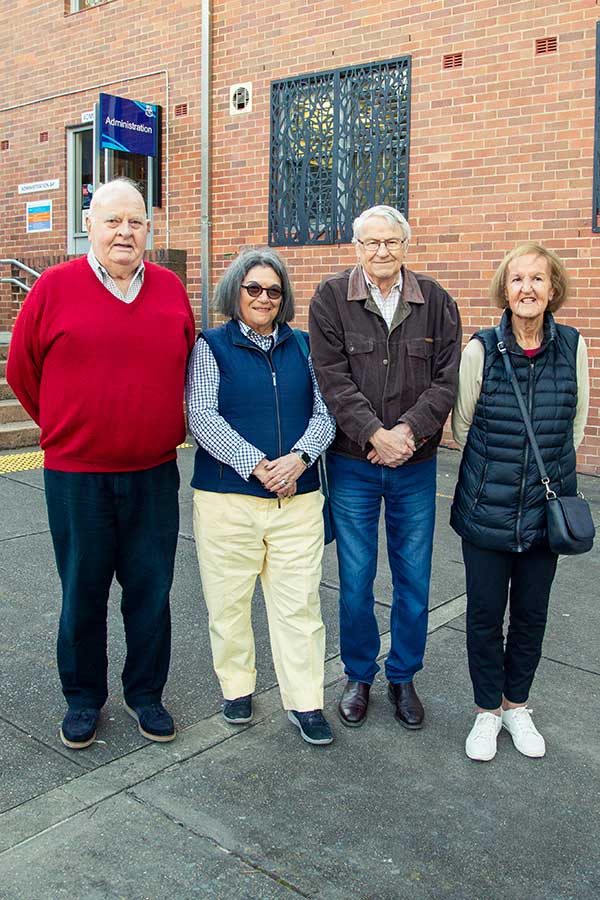 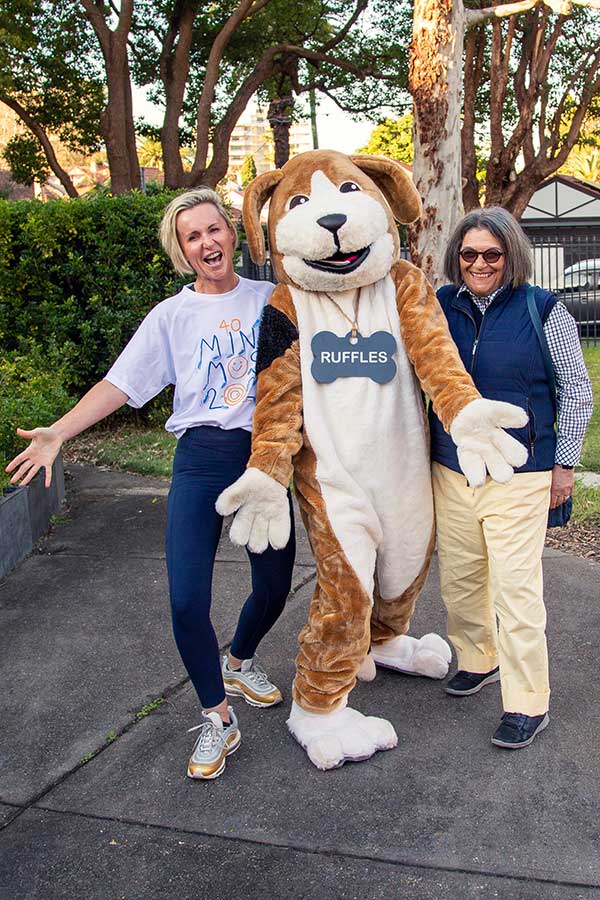 Agnes Levine, who was one of the founders of the race, returned to Mosman Public School to help launch this year’s event and told Mosman Collective how it all came about.

“The City2Surf had been around for a while but there was this growing popularity with fun runs so we thought we’d give it a try and it sort of took off from there,” said Agnes.

“We were looking for a source of funds from outside our own community, at the same time providing some sort of event bringing people together.” 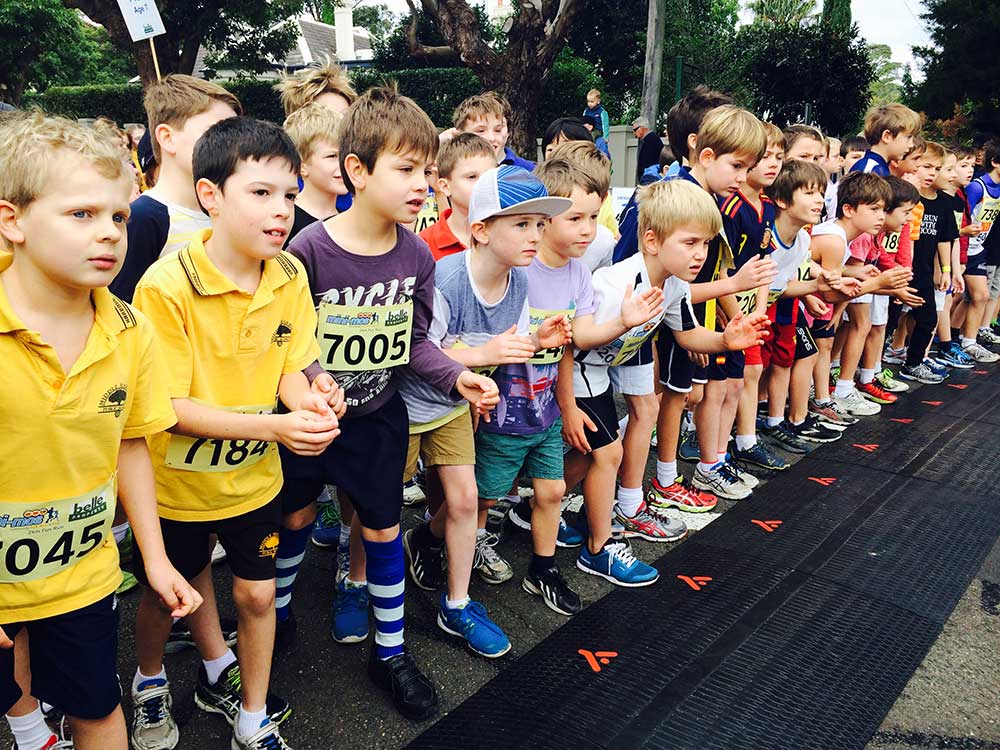 The race was a huge success, raising a staggering $25,000 in its first year. But it was a major challenge to put it all together.

Agnes, with her children Judith, Aaron and Naomi in tow, spent weekends ahead of visiting other fun runs around the city, handing out flyers promoting the event. 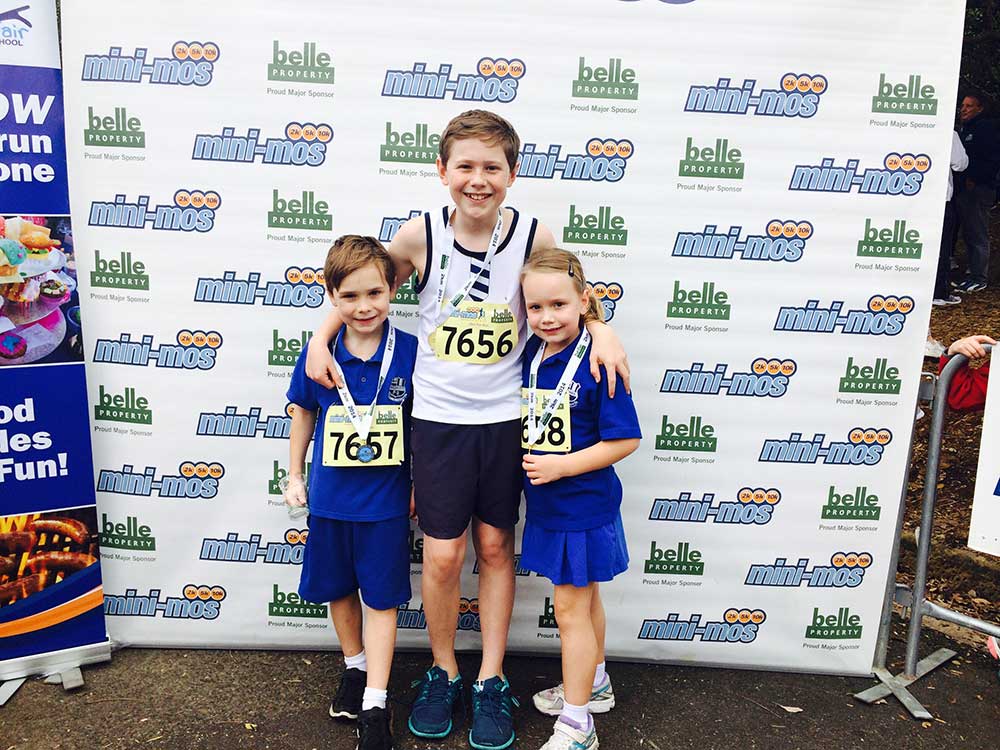 But there was nobody better placed to spread the word with Agnes having recently compiled a history of Mosman Public School to coincide with the school’s centenary in 1980.

Throughout the preparations Agnes continued to work as a psychologist while raising her family. Agnes’ husband, the late Honourable David Levine AO RFD, QC, was one of Australia’s top defamation lawyers and went on to serve as a judge on the Supreme Court.

Fair to say it was a busy time. 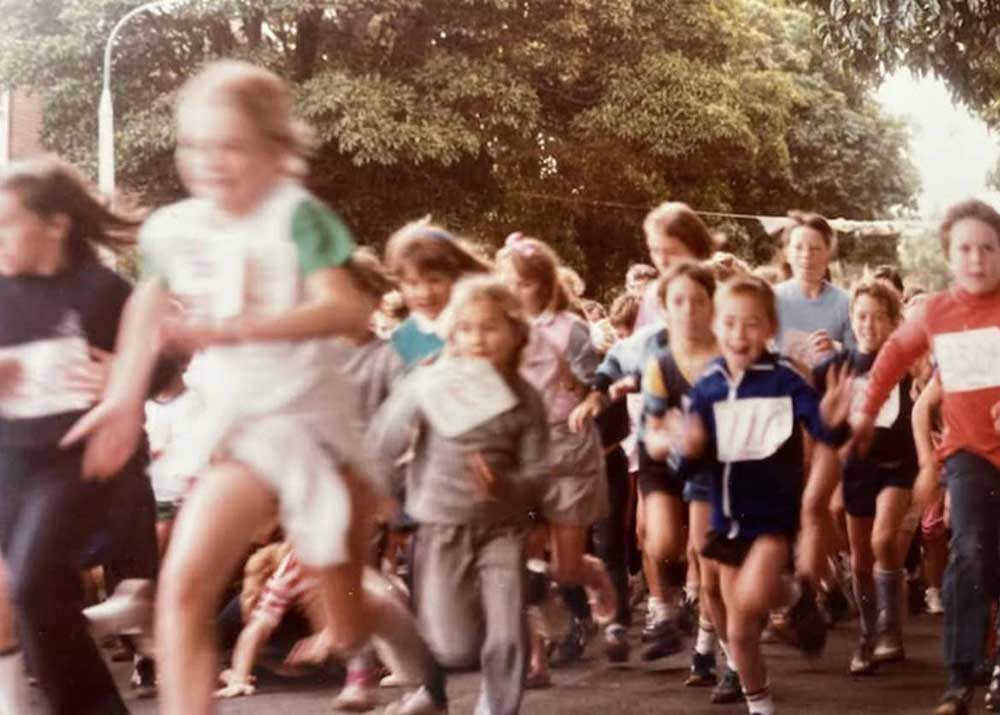 “Don’t sleep,” is Agnes’ advice when asked how she managed to fit it all in.

“But it’s all about the whole community. It was so much fun and a great spirit at the school. I loved being part of the school community. Get involved if you can, you won’t regret it.”

Alongside Agnes, other race founders, including Tony Tanner and Warren and Mim Nutt, gathered alongside race MC Amber Sherlock, members of this year’s organising committee and this year’s event director Mandy Scammell. 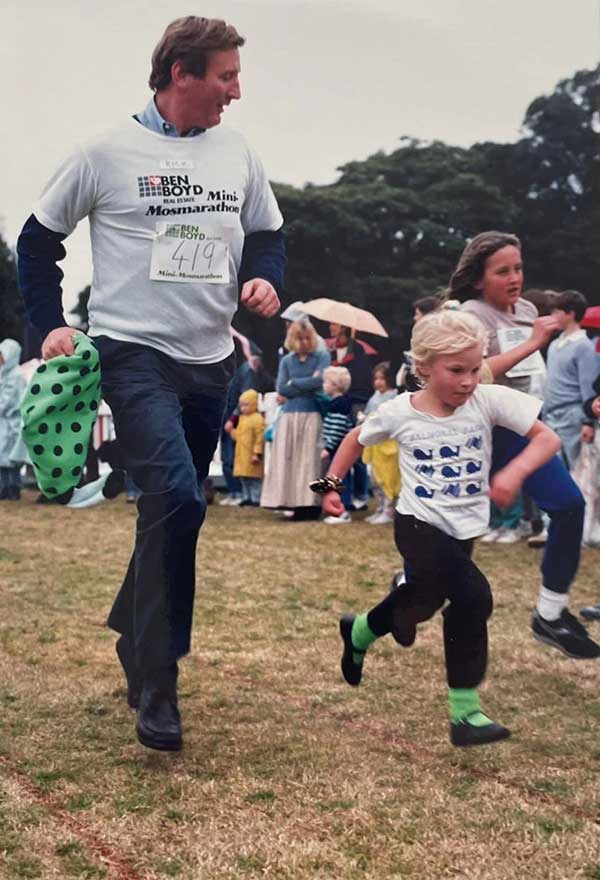 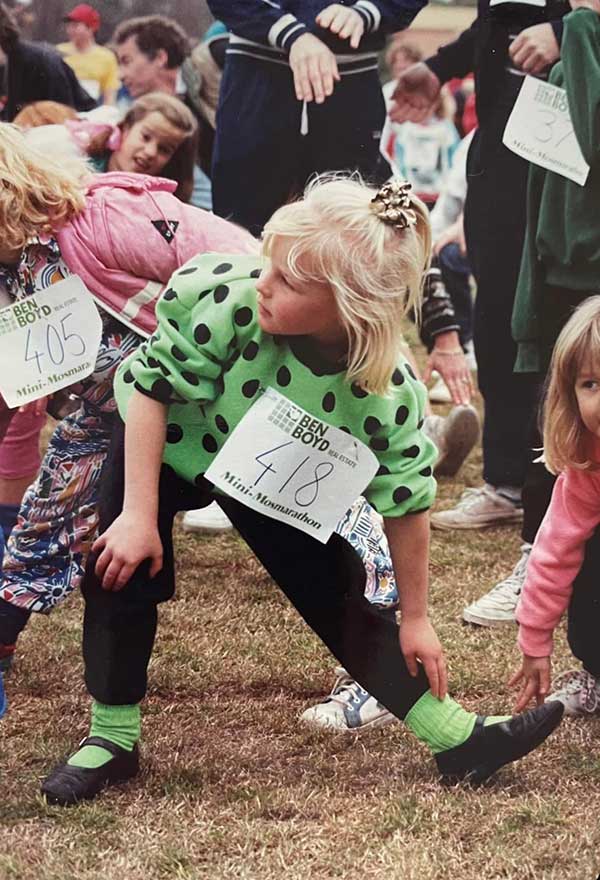 Limbering up for the first Mini Mos in ’82.

It’s not getting any easier. All money raised by Mini-Mos goes to the school and the event is run entirely by volunteers, who put in hours and hours a week to get the event up and running.

“Mandy has been just amazing this year,” said Agnes. “The amount of hard work she puts in is incredible.”

Some things don’t change, though: Agnes, who will be a guest of honour at this year’s event, has again roped in her children, just like she did 40 years ago – only this time they will be running, with the grandchildren this time in tow.

Are you ready to run?

For the chance to win one of three Ken Done Mini-Mos T-shirts keep your eyes on our Facebook Page.