An opulent merchant mansion, one of Australia’s finest family compounds, has just hit the Mosman market, following a hush-hush VIP launch with Richard Simeon, the local agent know as the ”Tennis Estate King”. 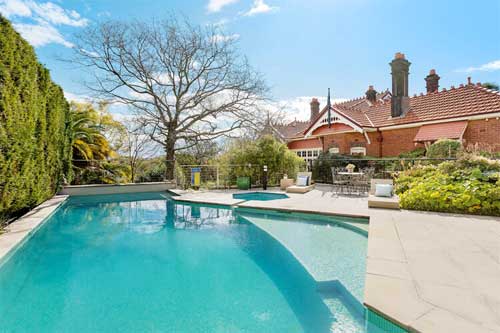 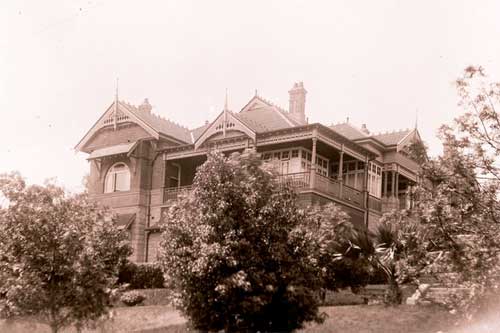 An invitation-only cocktail party for VIP guests has launched one of Mosman’s most remarkable heritage estates, on the market with an eye watering price tag.

Prestige agent Richard Simeon rolled out the red carpet at ‘Ardagh’; a 20-room mansion on Prince Albert St this week, for a top-secret list of discreet buyers looking to purchase a historically significant Australian home.

Champagne and canapes were served to the exclusive group, who spent two hours exploring the landmark manor, set on 2770sqm and privately owned for 50 years.

“The home is the largest ‘Merchant Mansion’ in Mosman, with a 40-metre street frontage, championship tennis court and a separate coach house,” Mr. Simeon said, “it is the absolute pinnacle of Sydney living.” 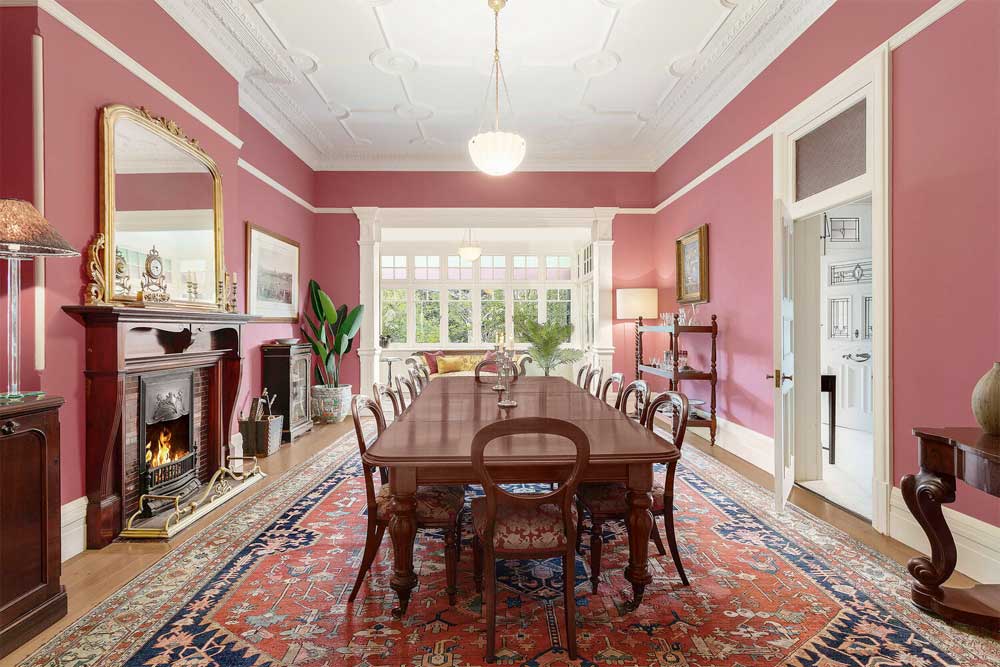 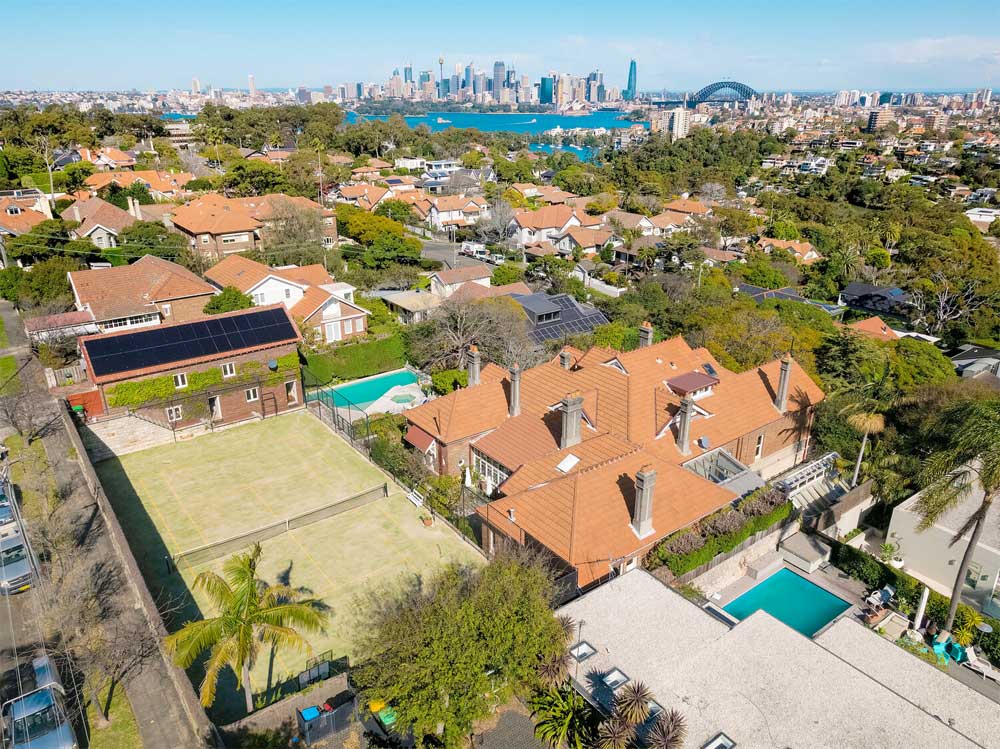 Built in 1905 by Smith and Cabban, the Federation property is designed for resort style family living on a grand scale, with seven bedrooms, five bathrooms and parking for four cars. The main residence, set amidst park like gardens, boasts more than 1000sqm of internal space, over three levels.

“Ardagh is a rare manor that is almost overwhelming in size and elegance,” Mr. Simeon said, “it’s a home that needs to be seen several times, to get a true appreciation of just how vast the property is.”

Set on the high side of the street, the estate has had just five owners during its 115-year history, including the famous Toohey family, British Trade Commissioner John Adams, and former ABC radio personality John Champ.

Current owners Gary and Mary Smoker have held the property since 1994. 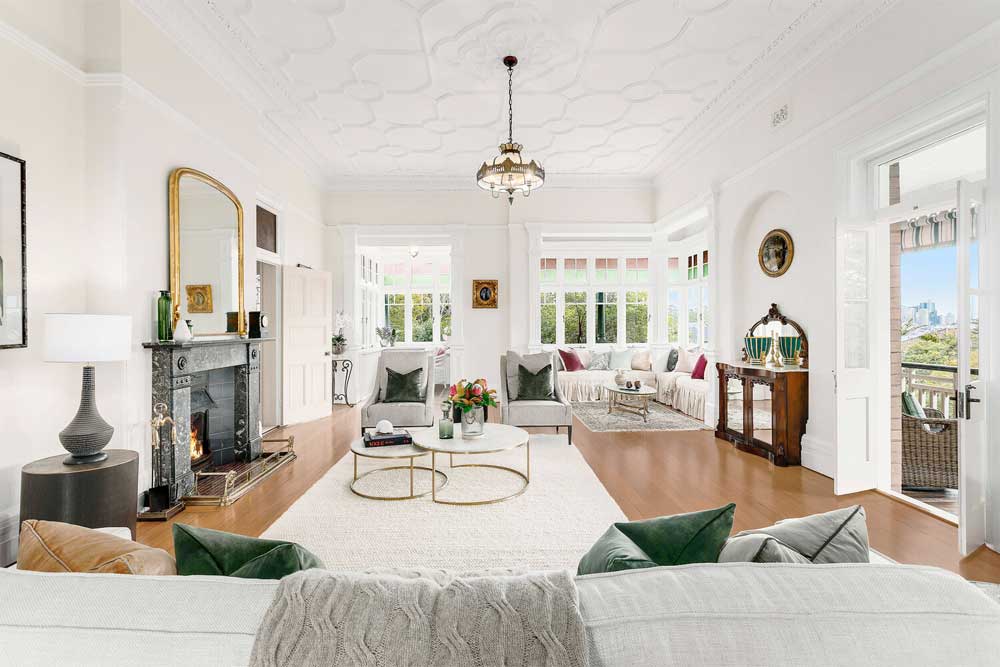 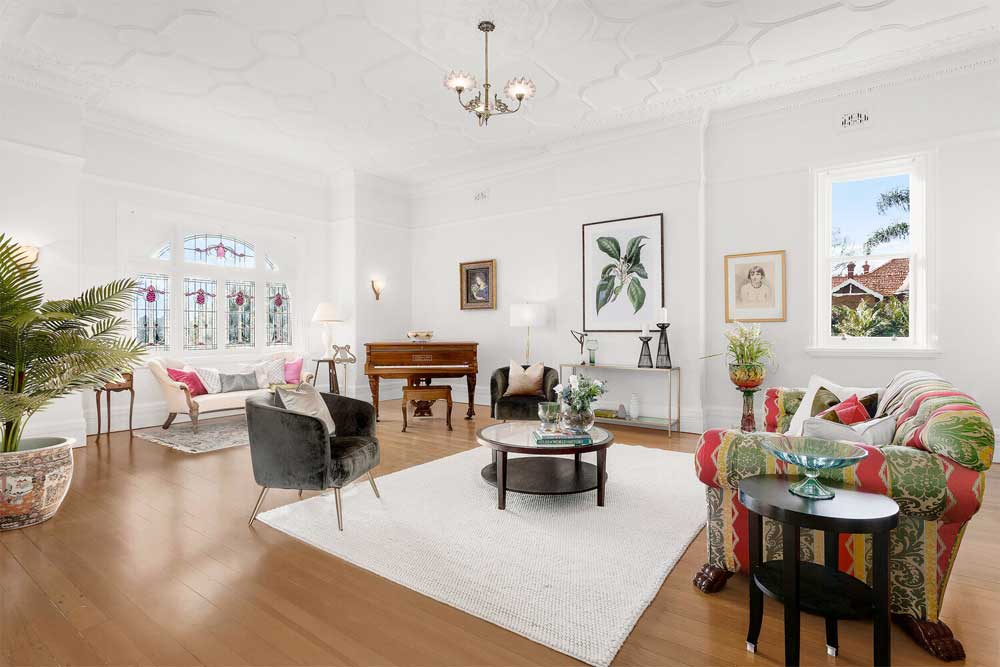 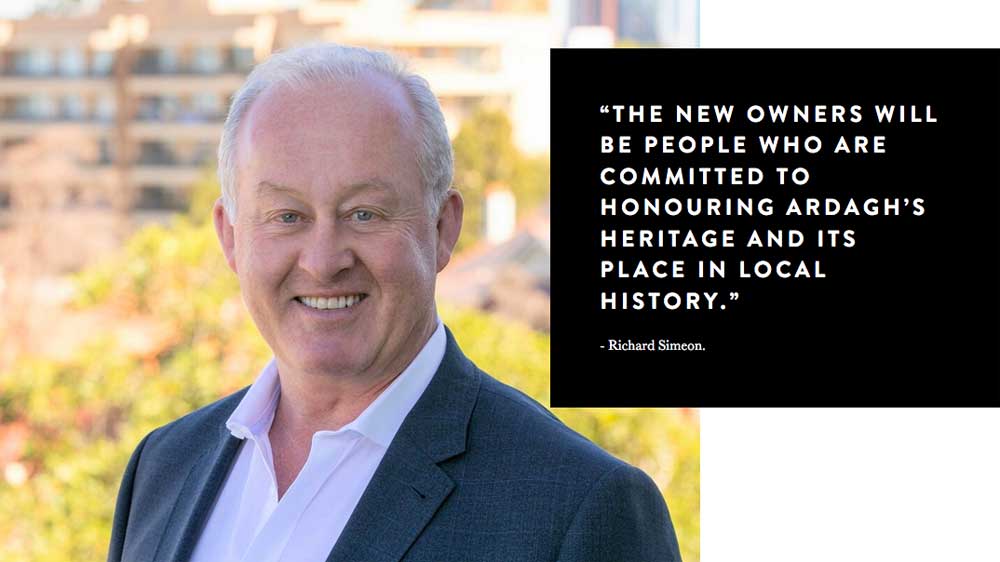 “The Smoker family have been wonderful ‘caretakers’ of Ardagh, who say they’ve been incredibly privileged to raise kids and make wonderful memories in the grounds of 19 Prince Albert St,” Mr. Simeon said.

“There is a magical quality about this property and the new owners will be people who are committed to honouring Ardagh’s heritage and place in local history.

“It is a home of unrivalled proportion, position and prestige.” 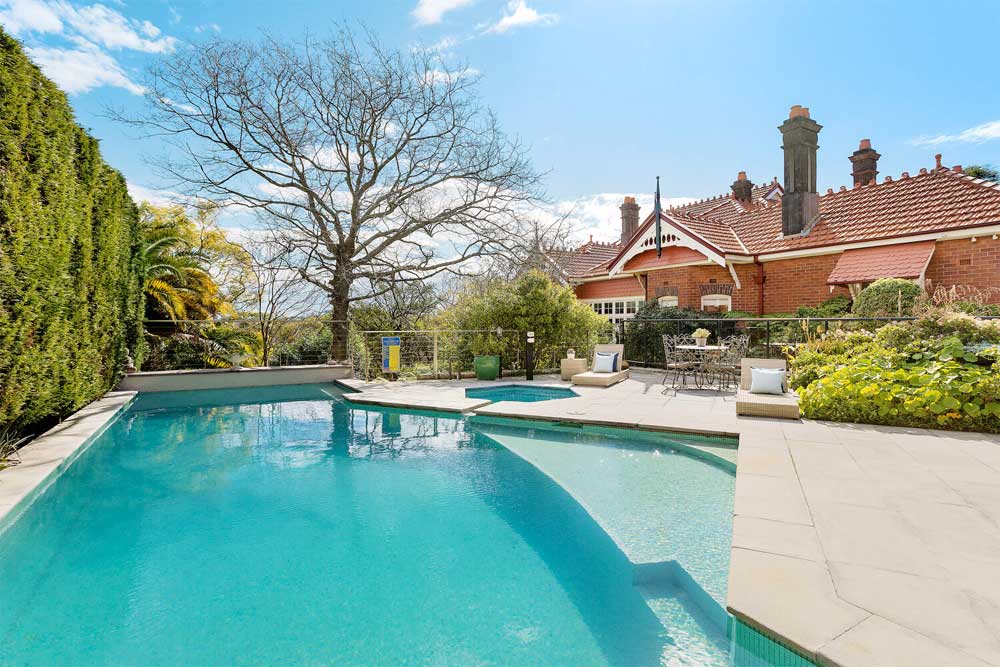 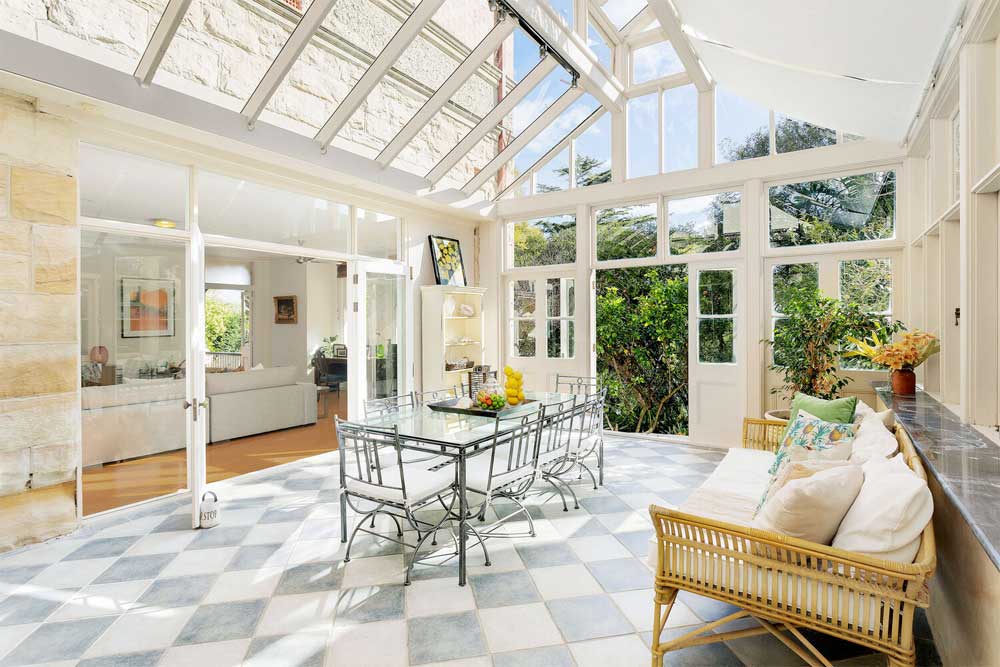 With seven living areas, including an opulent formal dining room and 100sqm formal lounge, Ardagh is the most historically significant trophy home to hit the local market this year, with Mr. Simeon telling Mosman Collective its sale will eclipse the $15,875,000 he achieved for 20 Bradleys Head Rd in 2019.

“Top end purchasers looking for a Merchant Mansion now have the rare chance to acquire a home like no other, with world-class living, dual access, resort facilities, park like gardens, stunning views, pool, tennis court and a coach house,” Mr. Simeon said.

“It is a generational property that presents an opportunity for someone special, to secure a grand estate for the future so it can remain in their families possession for decades to come.” 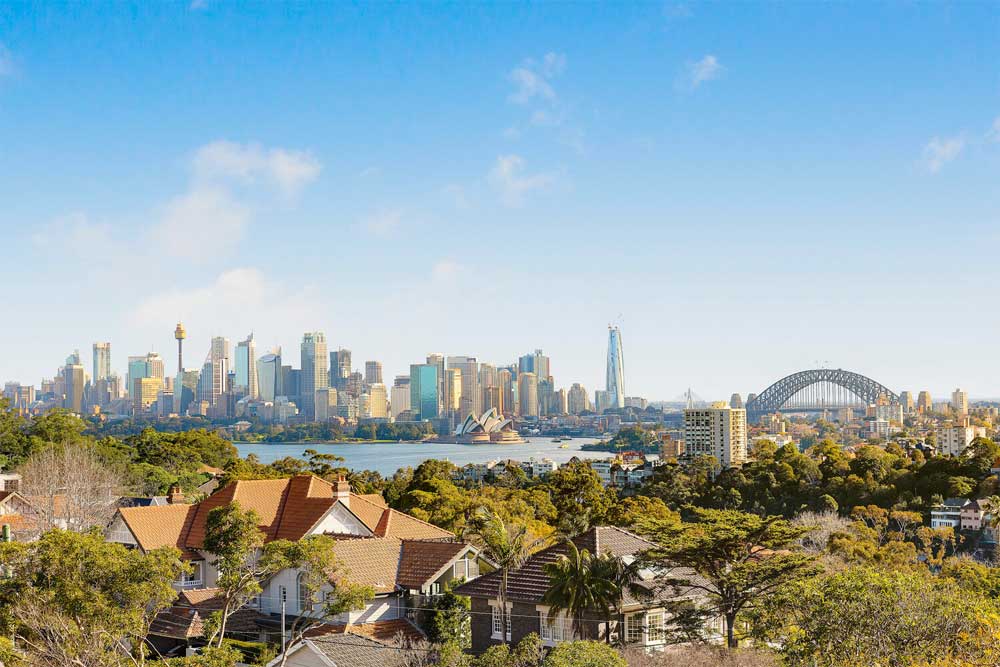