TRENDING NOW >
Socceroo’s News: Where to watch Australia play Argentina on the lower north shore this Sunday.
“If you can drive a car, you can drive a tractor”. School leavers urged to take up farm work in rural NSW.
Bridgepoint Mosman embraces Christmas with Nativity Scene, Santa photos and festive gift wrapping!
“Get in quick”: Local Christmas tree shortage impacting Mosman, Cremorne and Neutral Bay.
Grab the best vantage spots and ring in the New Year at family-friendly harbourside locations.
Home » Lower north shore man banned from owning pets after tormenting terrified dog with a hammer.
Previous Next

A Greenwich man has been banned from owning an animal for five years after threatening his terrified dog with a hammer.

WARNING DISTURBING CONTENT: Video footage supplied to Court showed the defendant kicking the dog on multiple occasions, threatening and prodding the dog with a hammer, lifting him by his collar and throwing him to the ground.

A 35-year-old Greenwich man has been banned from owning a pet for five years after pleading guilty to five cruelty offences against his 10-month-old Doberman, “Ohlins”.

Video filmed by a witness and supplied to RSPCA NSW showed the defendant kicking the puppy multiple times and using a hammer to threaten and “prod” the terrified animal.

The footage also depicted the man lifting the dog by his collar, throwing him to the ground, and confining him to an inadequately sized crate. 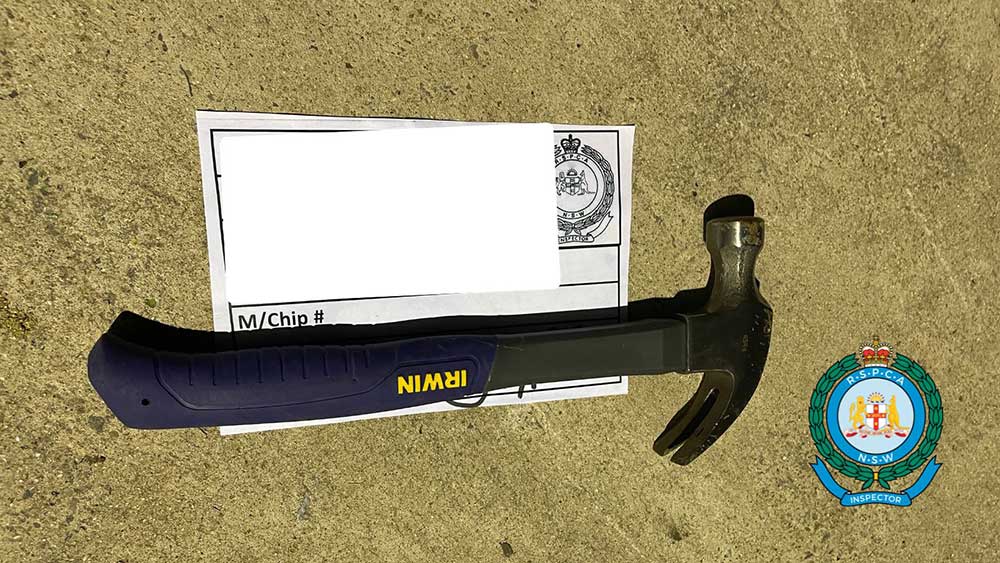 An RSPCA image of the hammer used to threaten 10-month-old puppy “Ohlins”.

A vet who examined the footage said Ohlins was subject to “unjustifiable” torture and torment as well as physical and psychological abuse.

The RSPCA said the dog’s repeated attempts to escape show how terrified it was.

When Inspectors and NSW Police visited the Greenwich property on 7 July, the man denied any allegations of cruelty.

“The defendant was asked to produce the hammer used to threaten Ohlins, which was kept inside the dog’s enclosure in the backyard,” The RSPCA told Mosman Collective.

“When the defendant walked inside the mesh cage to retrieve the tool, Ohlins cowered and scurried away in fear.” 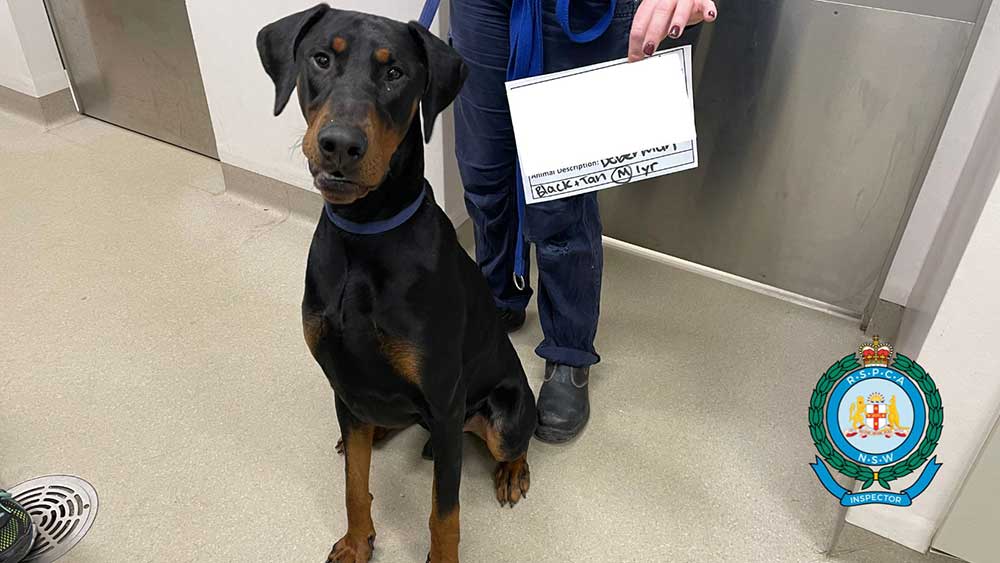 Ohlins has now been transferred to a Doberman rescue group and is looking for a new home.

The Dobermann and the hammer were seized and transported to RSPCA NSW Yagoona. He has since been transferred to a Doberman rescue group.

“In the expert opinion of the examining veterinarian, Ohlins was subjected to unjustifiable physical and psychological abuse, torment, and torture in the video footage,” an RSPCA spokesperson said.

Along with the five-year ownership ban, the accused man was sentenced by Parramatta Court on 30 August to three Community Correction Orders (to be served concurrently), with the longest operating for two years. 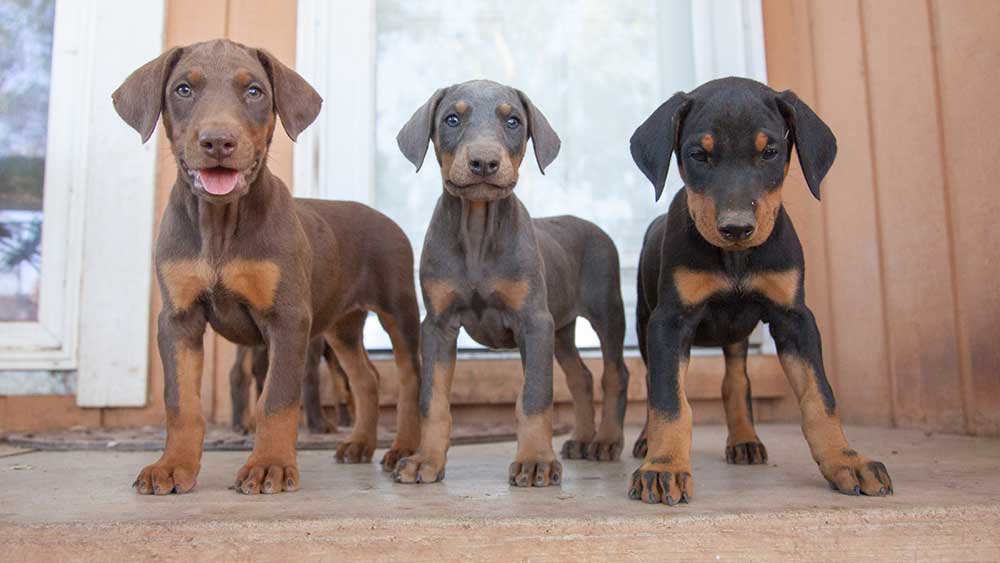 Dobermans are known to be powerful and sleek, with keen intelligence and a magnificent physique.

“We are incredibly grateful for the vigilant witnesses who came forward and reported this case,” RSPCA NSW Chief Inspector Scott Meyers said.

“This investigation highlights the powerful role that the community plays in helping end the suffering of animals and is a timely reminder to always trust your instinct and come forward if you witness suspicious behaviour.

“Every animal deserves to live in a safe and loving environment. One phone call could literally save the life of an animal, like Ohlins, and give them a second chance.”