TRENDING NOW >
Census 2021: Here’s what we’ve learned about life on the lower north shore.
New mixed-use development to replace Mosman’s Mirror Gallery on Military Rd.
Get your 70s groove on! ‘Sydney’s Most Awesome Supergroup’ to play at The Orpheum.
Get ready to pay more. Mosman and North Sydney residents about to be slugged by Council rates hike.
Crime Watch: Succulent Chinese meal. Man goes ham – and Good Samaritans pray for Mercy.
Home » Local History: On this day 29 June 1958, Mosman takes its last tram ride.
Previous Next

It was 1.17am on Saturday 29 June 1958, when passengers crammed onto the last tram to cross the Sydney Harbour Bridge. Just two days later, the biggest transport switch in the cities’ history happened, with buses completely replacing trams on the north shore. This is how “The Sun-Herald” reported on the hugely controversial move.

Today’s closure of the Harbour Bridge tram tracks was criticised last week as “the greatest transport bungle in Sydney’s history.”

It was called “a political scandal” and “an £8 million blunder.” 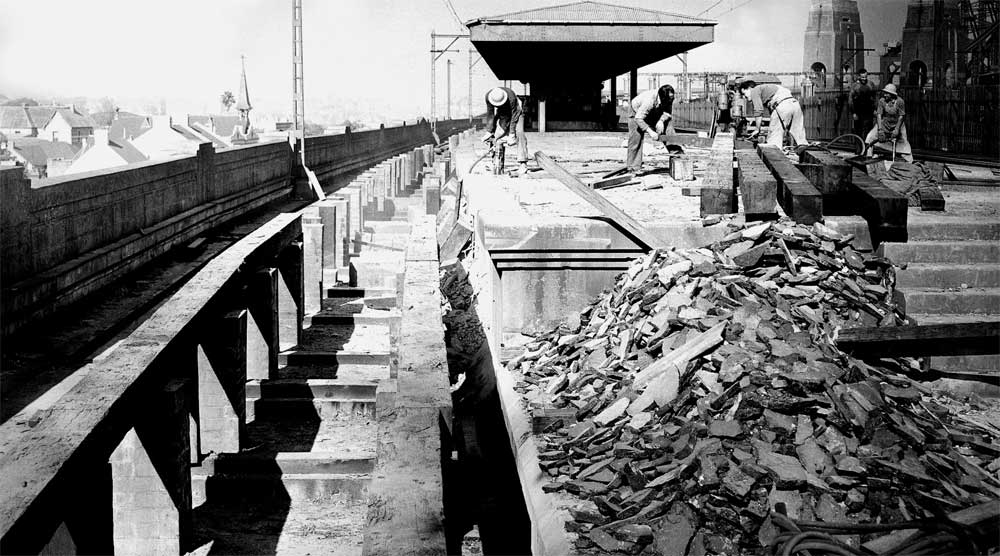 (Closure of the tram lines and their conversion within 18 months to a roadway is part of the changeover of the North Sydney tram system to buses which took place last night.)

Authorities believe peak hour traffic tomorrow will subject the Harbour Bridge to its severest test yet.

Police and Transport Department officials will be on duty in full strength on the Bridge and approaches. 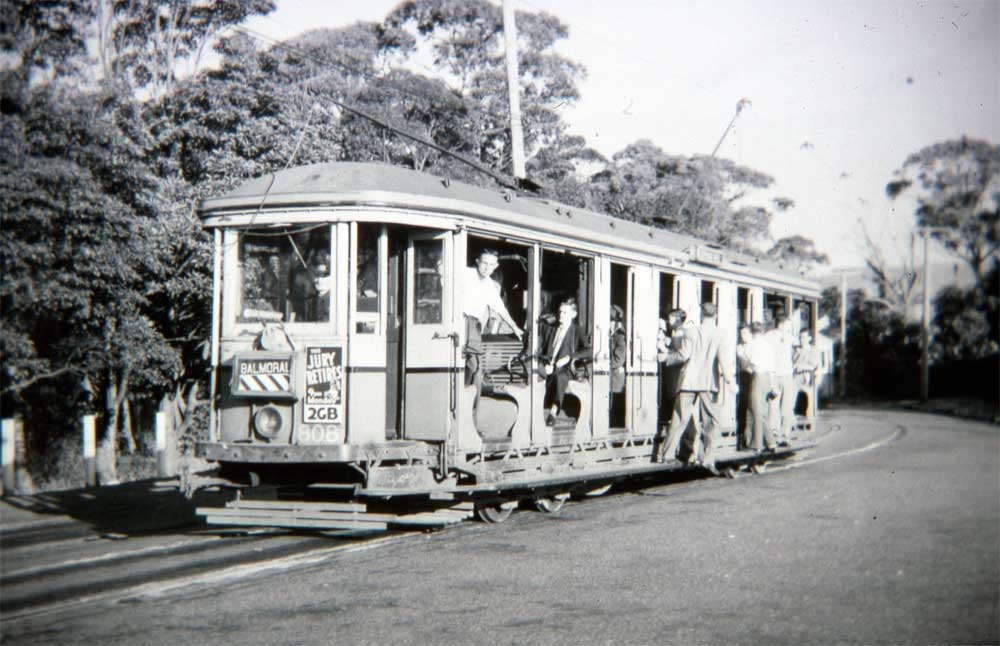 Passengers caught the last tram to Balmoral on 29 June 1958.

Police advise motorists to leave home a few minutes earlier than usual, but the Transport Department said this would not be necessary for bus travellers, because buses would run faster schedules than trams. 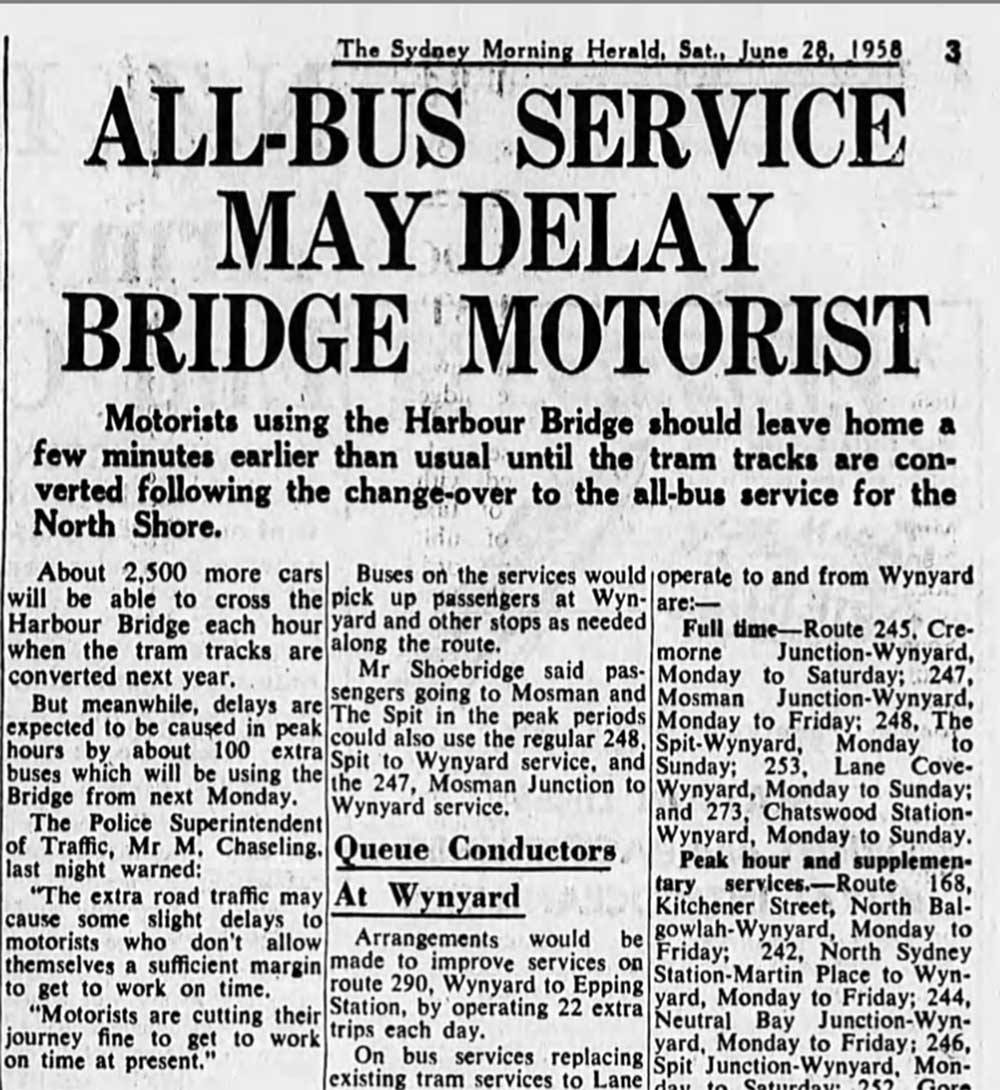 The Commissioner for Government Transport, Mr A. A. Shoebridge, said he was “quite confident” the conversion would work smoothly. Critics of the move told “The Sun-Herald:”

The Mayor of Willoughby, Alderman McDowell, said: “Pulling up the bridge tram tracks seems to mean that the last hope of the Warringah Railway ever being built is going out. 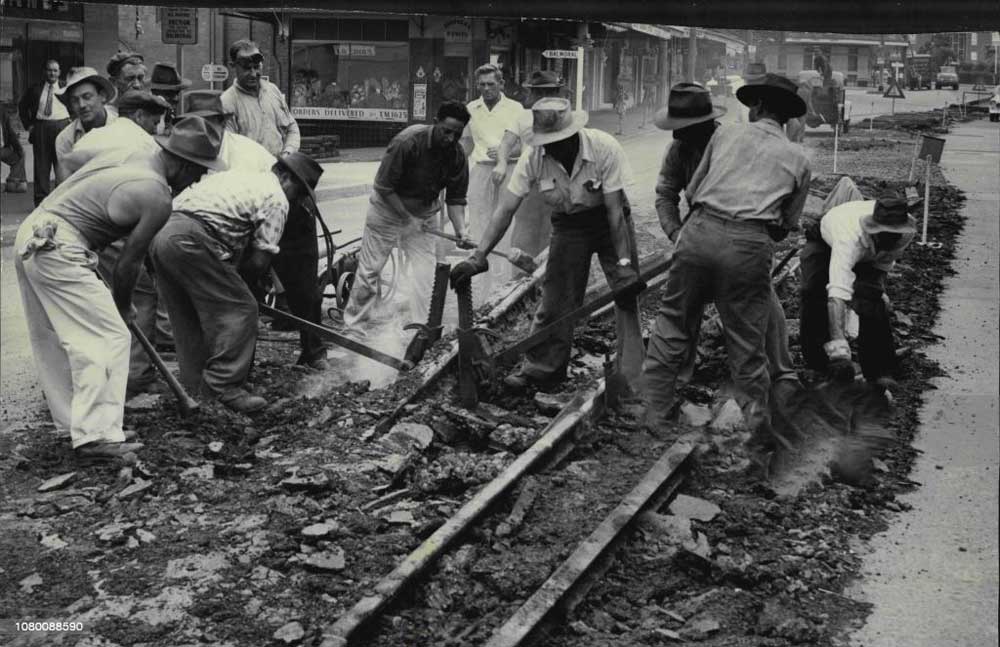 Engineers and crew rip up tram lines on the corner of Military Rd and Raglan St.

“Track installations should be retained. The Department shouldn’t do anything irretrievable.

“We wanted them to give the buses a three months’ trial, which implies holding the trams in reserve, to see how the changeover works.” 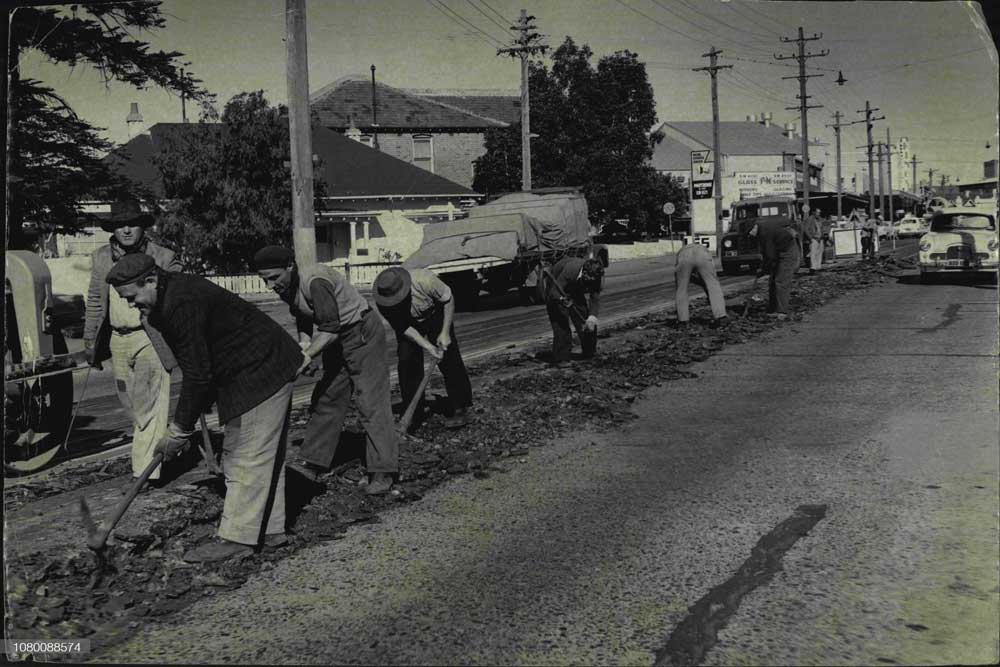 The secretary of the Railway for Warringah Committee, Mr C. L. Cotton, said: “The Government is making on £8 million blunder.

“It is wasting assets worth £6 million in closing up Wynyard tunnel and the rail facilities on the Bridge, and another £2 million on converting to a roadway.

“Traffic figures show the new road will be saturated from the moment it is opened. It will handle 3,000 cars an hour, where electric trains could carry 50,000 passengers.

“Elimination of the space for rail tracks on the Bridge is a political scandal and all the North Shore councils, municipalities, and progress associations are up in arms over it.

“This conversion is the greatest transport bungle in Sydney’s history.” 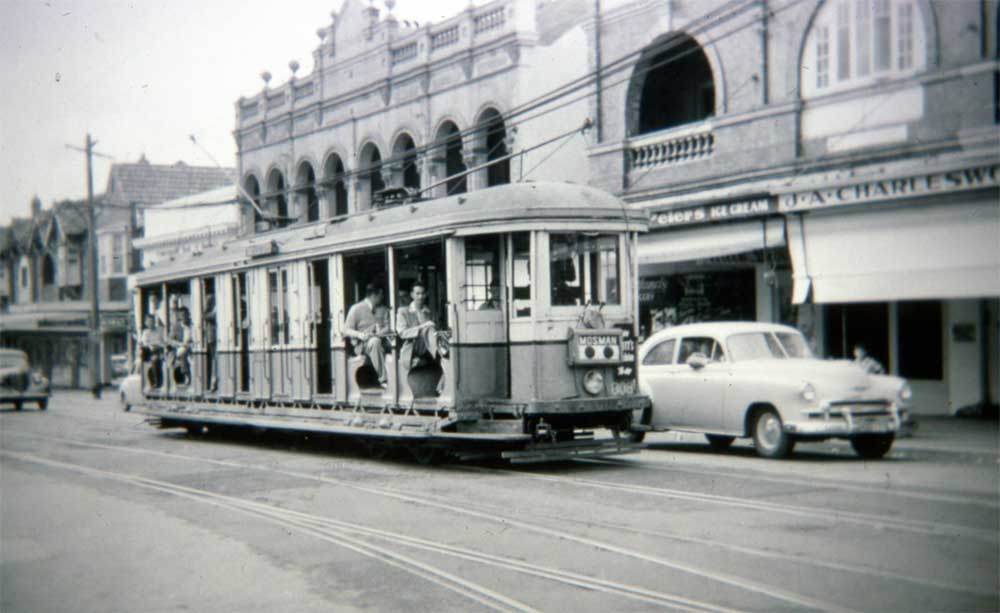 Mosman trams began running in 1893 and ceased operation in 1958.

The Mayor of Mosman, Ald. R. S. Whybrow, said: “The two-lane roadway isn’t going to relieve congestion; it will only attract more traffic and become saturated.

“I believe buses should terminate at rail heads and ferry wharves, with composite tickets, again.”

Among travellers interviewed, one man said: “The trams give us a clear, fast, uninterrupted run from Wynyard to North Sydney. 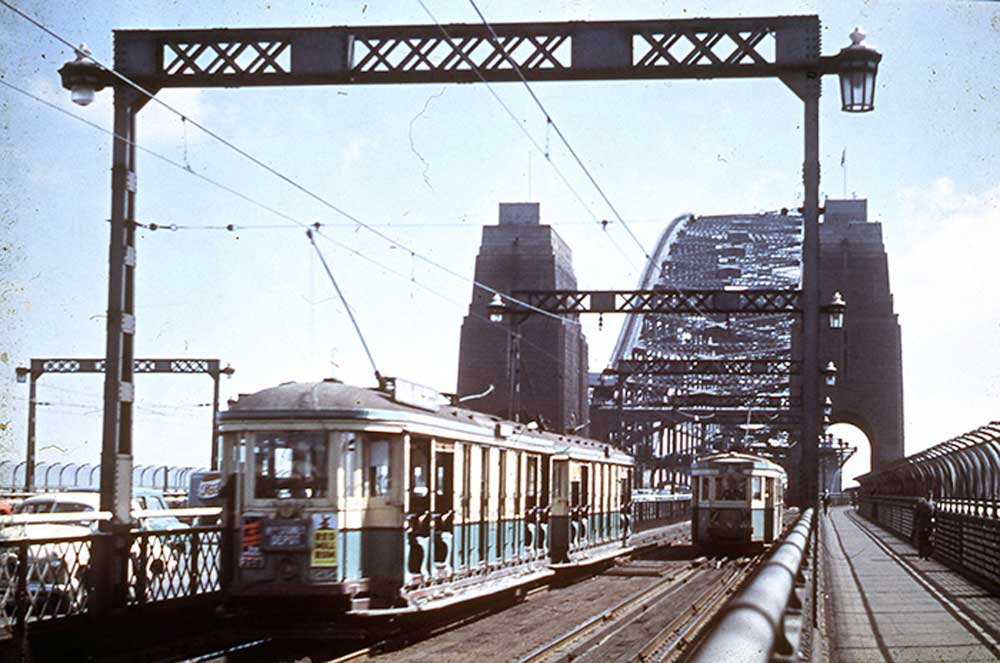 Trams heading south on the Harbour Bridge into the City from the North Shore.

“At Wynyard we have the shelter of the tunnel in bad weather and the convenience of the shops.”

Traffic jams on the Harbour Bridge and its approaches will be far worse than this during peak hours next week, according to critics of the Bridge conversion plan.