Fire crews were called to this Raglan St home this afternoon.

A harbourside home on the corner of Raglan and Illawarra St caught fire this afternoon, blocking the street and needing four fire engines to tackle the ferocious blaze.

The fire broke out in the roof of the home at 51a Raglan Street just after 2pm with flames burning through the eaves and breaking through roof tiles. 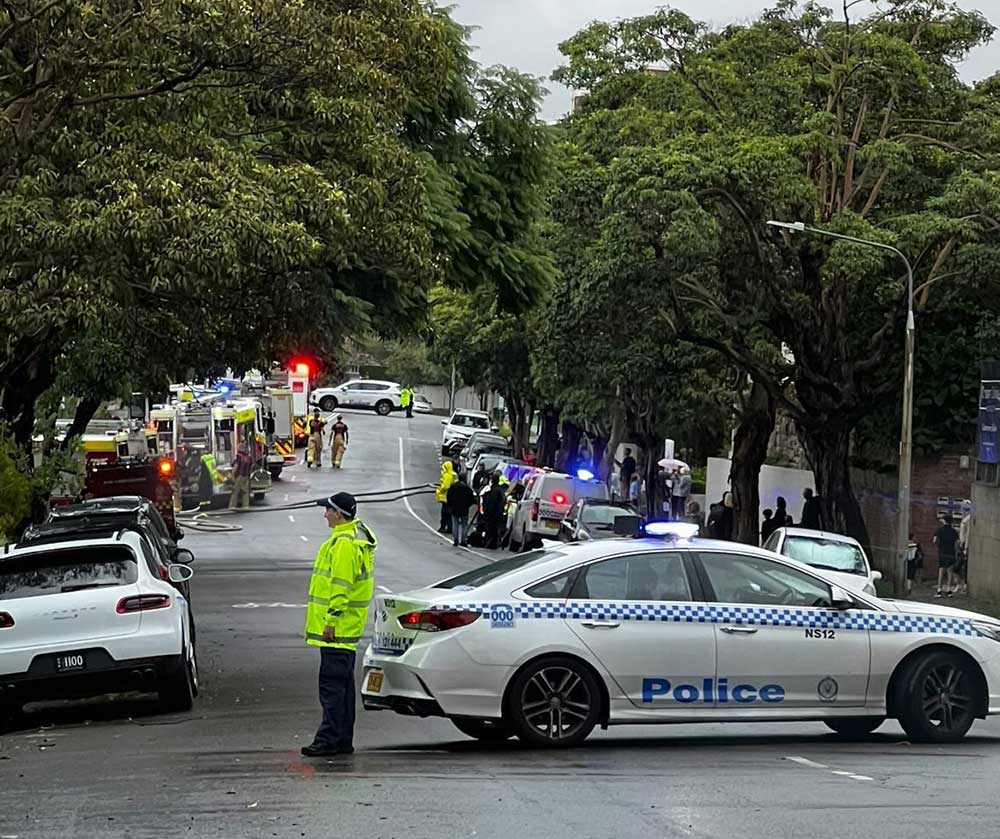 NSW Fire and rescue arrived within minutes, extinguishing the blaze as the home’s shocked owner looked on in distress.

One neighbour, who did not want to be named, told Mosman Collective: “It seemed to happen very quickly and the street was in shock at how high the flames were.

“Smoke was billowing right through the suburb and people on Raglan St were very alarmed.

“It’s not the type of thing you expect, particularly with all this rain. 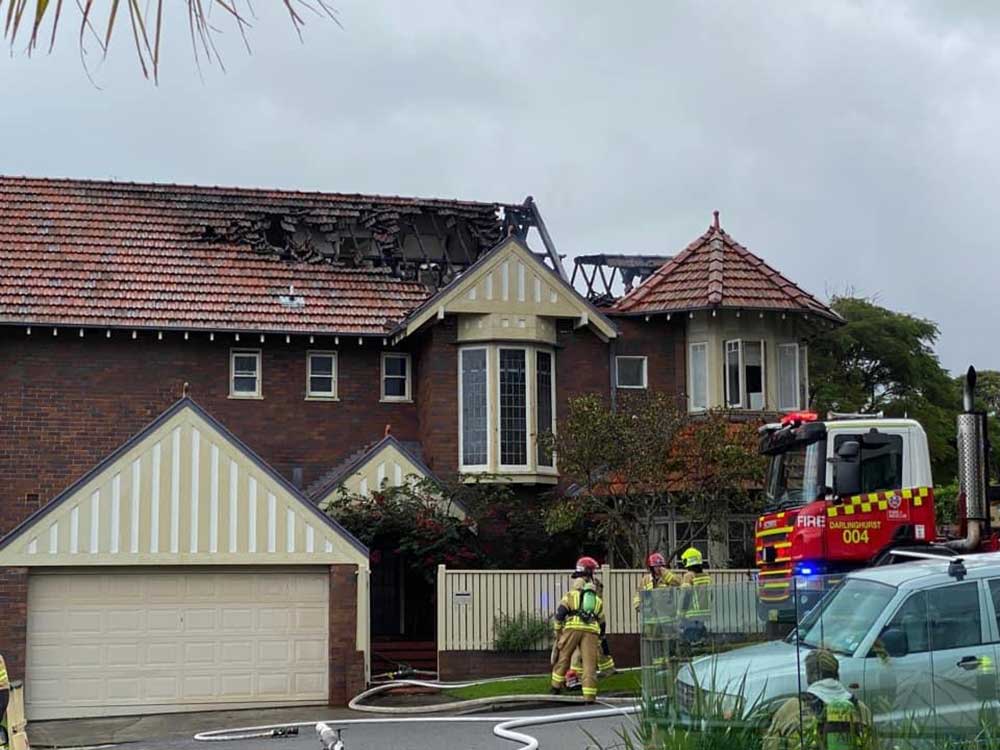 Nobody was injured in the blaze.

Passers-by were quick to alert Mosman Collective of the breaking news story, with many sending photos and video of the dramatic event.

“I was getting ready to pick the kids up from school and became worried when I saw that police had blocked the road,” one woman said.

“It looked really bad and I am thankful to learn nobody was injured.”