TRENDING NOW >
Socceroo’s News: Where to watch Australia play Argentina on the lower north shore this Sunday.
“If you can drive a car, you can drive a tractor”. School leavers urged to take up farm work in rural NSW.
Bridgepoint Mosman embraces Christmas with Nativity Scene, Santa photos and festive gift wrapping!
“Get in quick”: Local Christmas tree shortage impacting Mosman, Cremorne and Neutral Bay.
Grab the best vantage spots and ring in the New Year at family-friendly harbourside locations.
Home » It’s Council Clean-up time in Mosman. See the treasure trove of unwanted items we found!
Previous Next

It’s Council Clean-up time in Mosman and residents are encouraged to “re-home” unwanted goods, rather than send things to landfill.

Outdoor settings, sports equipment, children’s toys and fine furniture are just some of the abandoned items found on local kerbsides by Mosman Collective this week.

The bi-annual Council cleanup, happening during August, is a treasure-trove of other people’s trash placed out for collection by local contractors.

More than 630 tonnes of bulky goods were collected by Mosman Council in 2021/22. 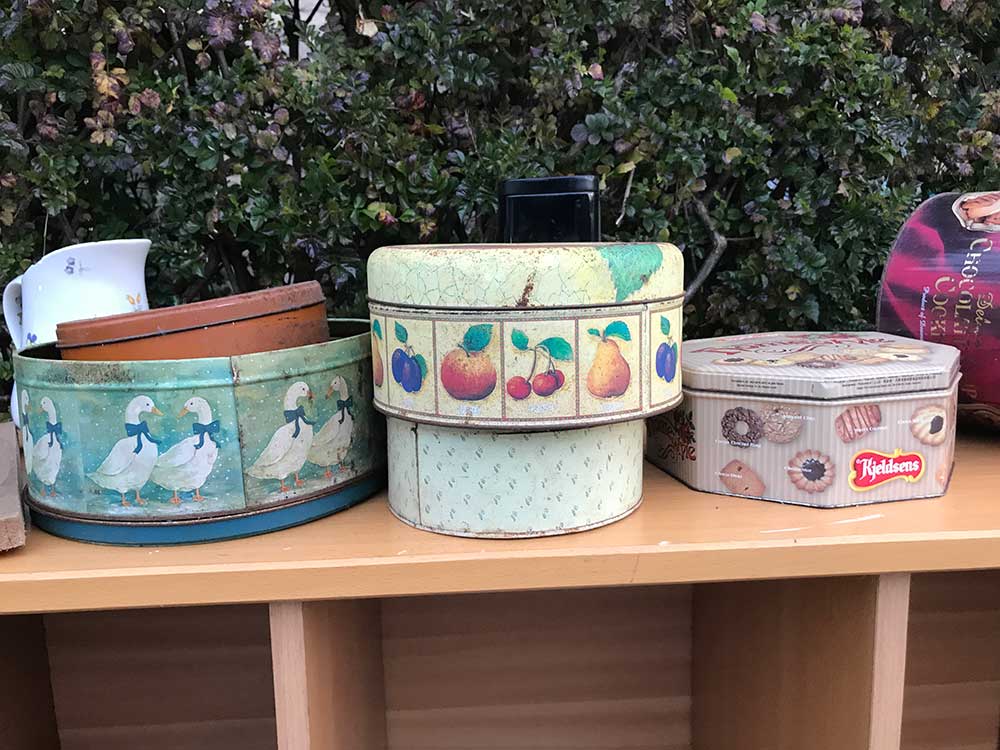 Over the next four weeks, garbos will send tonnes of hard waste worth thousands of dollars to landfill.

In Beauty Point, where household goods were out for collection on August 2, a near-new Peg Perego High Chair, valued at $300, was seen outside one property, along with a doll’s house, ride-on toys and designer shoes. 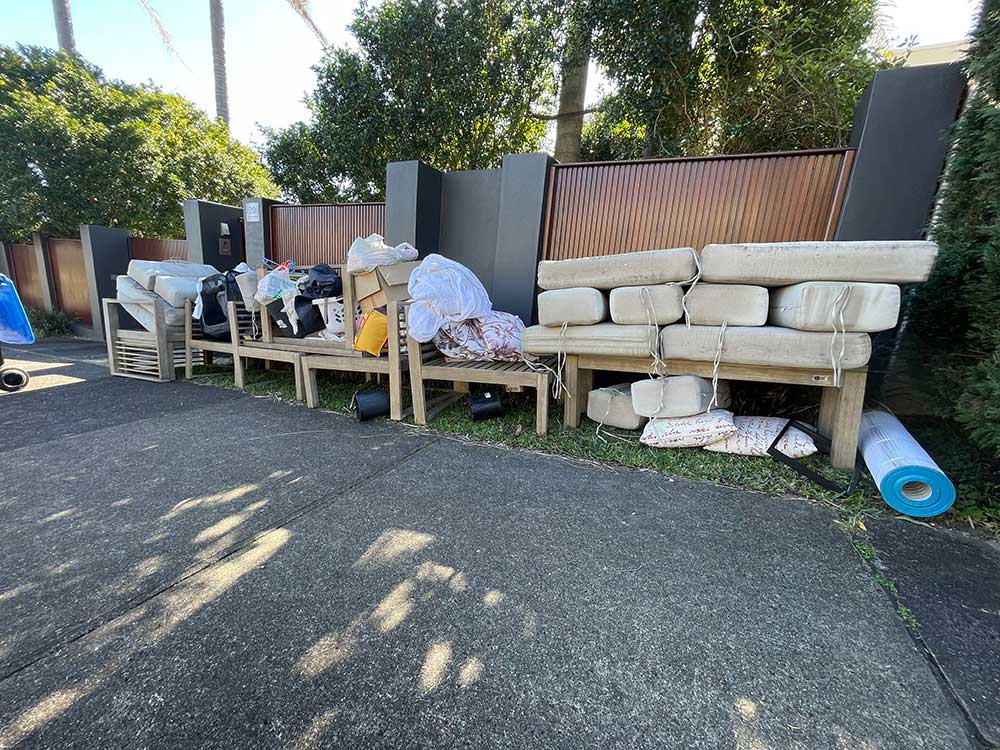 This entire outdoor setting, complete with cushions, was found by Mosman Collective in Beauty Point this week.

It’s frustrating for resident Tamara Keniry, who is encouraging residents to re-home their unwanted possessions rather than throw them away.

“While driving around the neighbourhood this month, I’ve seen many things that are nearly brand new or unused,” she said.

“None of this needs to go to recycling.” 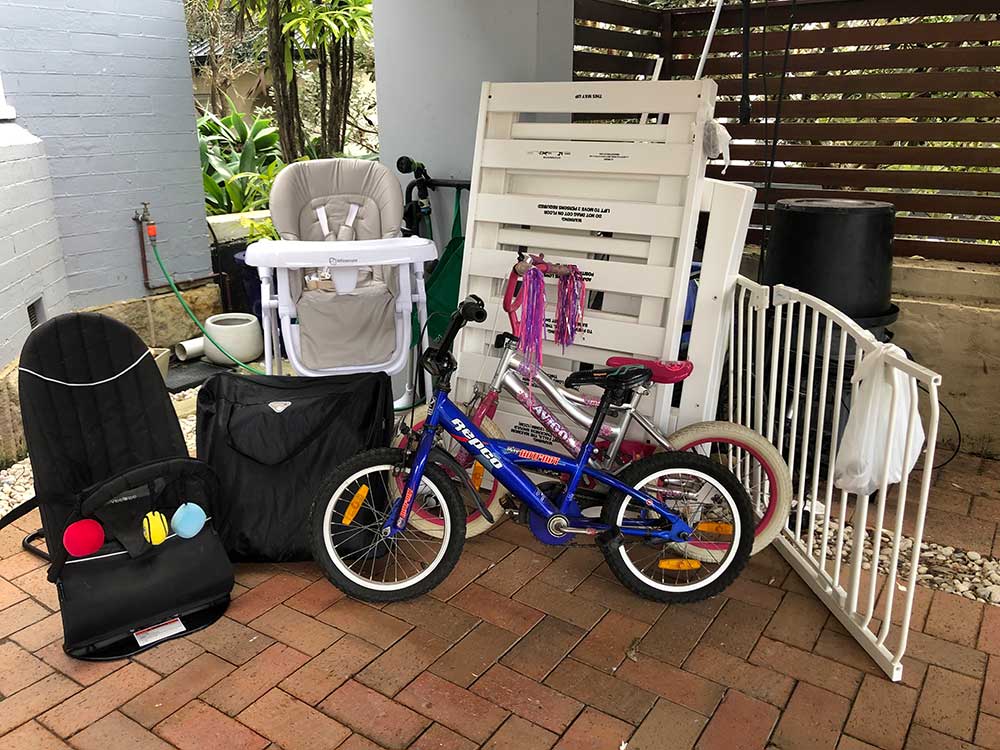 A high chair, baby bouncer, kids bikes and a baby gate with all attachments are among discarded items found this week.

A passionate environmentalist, Tamara said some residents on the lower north shore are “great at throwing good things out”.

“Things like vacuums and BBQs that were expensive to purchase are often thrown out to be replaced by the latest model,” she said, “often, they are in perfect working order, and it’s almost criminal to throw them out.”

“There are so many struggling families who would really benefit from our local cast-offs and the things we no longer need.”

Mosman Council said it encourages “pickers” during the months of February and August to make use of the bulk waste placed outside homes.

“There are many items which can be reused or rehomed, such as metals and good furniture pieces,” a Council spokesperson says.

“Individually pre-booked collections with no set dates, which are common in many other council areas, do not allow for this practice or scale of reuse and recycling.” 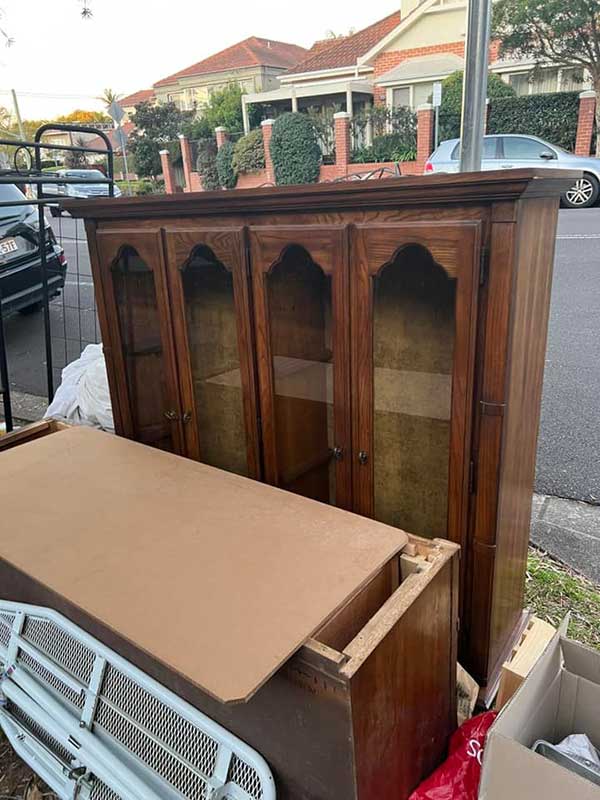 Fine furniture is among the Mosman “trash” headed for landfill. Image: Facebook. 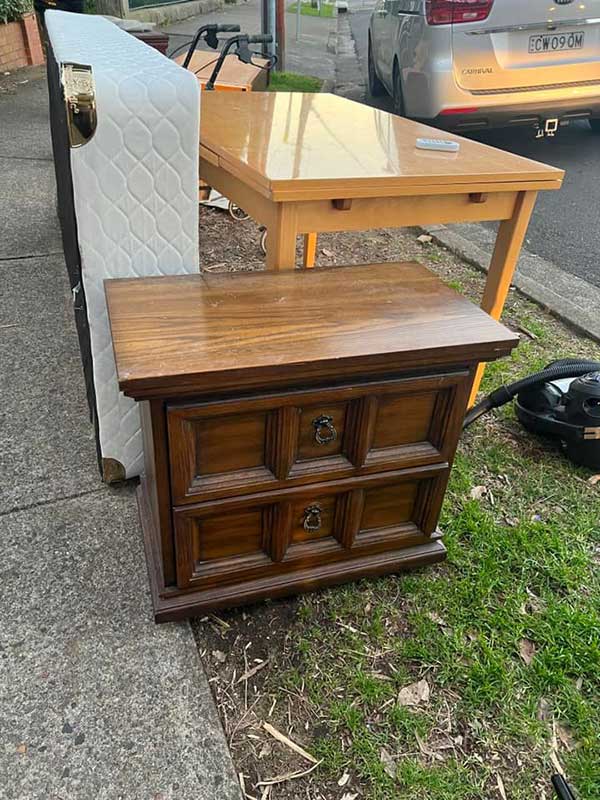 Fine furniture is among the Mosman “trash” headed for landfill. Image: Facebook.

Tamara told Mosman Collective she’s re-homed many items placed on the street this week, and is also dropping furniture at charity shop, to prevent things going to landfill.

“I often drive straight to Lifeline or Vinnies with ottomans and little tables in perfect condition,” Tamara said.

An unloved velvet sofa is left on a local street this week, ahead of the bi-annual Council clean-up.

This week, Mosman Collective found piles of furniture and other goods on local streets, including a velvet sofa, antique cabinets, outdoor chairs and even vintage biscuit tins.

All of it, Tamara says, could have found a needy home.

“I know people are time poor, but it doesn’t take much to put a photo on Facebook Marketplace or Gumtree,” she said, “It is a tiny bit of effort, but your stuff will go to someone who needs it.”

“Your discarded furniture could have a working life on the planet for another 50 years – rather than sitting in landfill.” 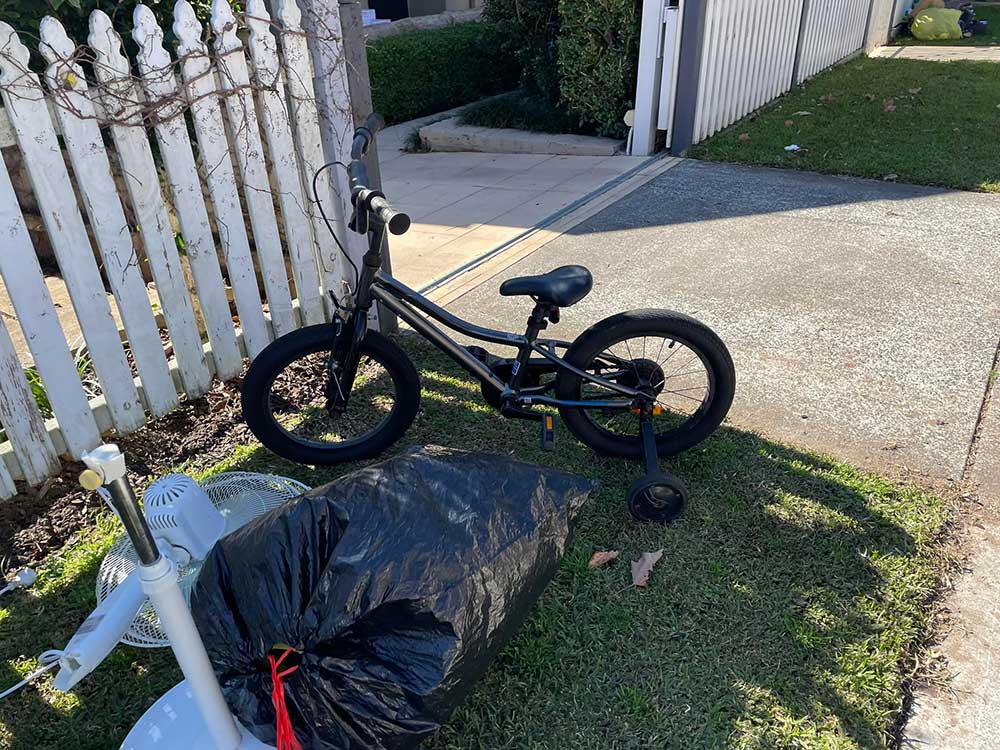 Tamara Keniry says she found at least 12 discarded bikes waiting to be picked up by the Mosman garbage truck this week.

Mosman Council has a range of recycling and waste initiatives, including e-waste and mattress collections, recycling of items not permissible in landfill sites through a Community Recycling Centre in Artarmon as well as recycling through The Bower Repair and Reuse Centre and pick-ups via RecycleSmart.

“These services are all supported by our continuing community education program promoting best-practice waste and recycling,” the Council spokesperson says.

Mosman Council’s website also has a helpful A to Z list of waste disposal options via mosman.nsw.gov.au/waste.