TRENDING NOW >
New Year’s Eve: Mosman residents face road closures and clearways as Sydney celebrates the start of 2023.
Socceroo’s News: Where to watch Australia play Argentina on the lower north shore this Sunday.
“If you can drive a car, you can drive a tractor”. School leavers urged to take up farm work in rural NSW.
Bridgepoint Mosman embraces Christmas with Nativity Scene, Santa photos and festive gift wrapping!
“Get in quick”: Local Christmas tree shortage impacting Mosman, Cremorne and Neutral Bay.
Home » House Hunting in Lavender Bay? Drop everything and put this mind blowing mansion on your inspection list NOW!
Previous Next

House Hunting in Lavender Bay? Drop everything and put this mind blowing mansion on your inspection list NOW!

No, your eyes are not playing tricks on you. OMG this view!

At first, the low-key security entrance gives no hint of what lies beyond; but head down a manicured pathway, through landscaped gardens and past a stunning in-ground pool and you start to get a tingly feeling that something special is about to happen.

Welcome to 15 Waiwera St, Lavender Bay, a prestige family estate one that is one of Australia’s most mind blowing homes, with a view to match. 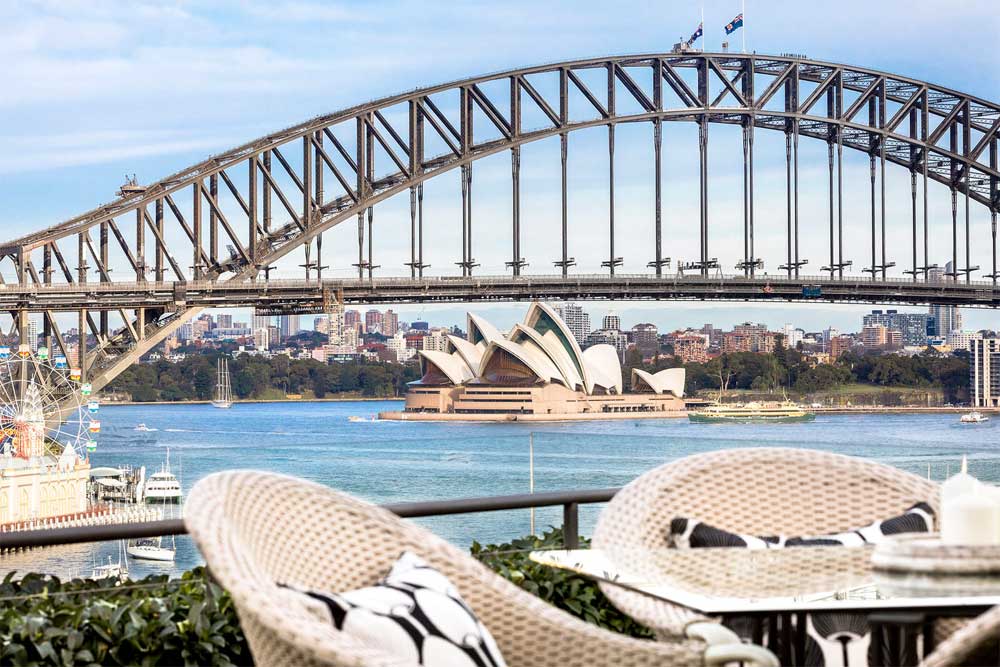 In a city like Sydney, where multi-million-dollar harbour-side digs are a dime a dozen, this one is in a league of its own.

“It’s been a labour of love for 12 years,” owner Christina Wood tells me, “and in that time we have created a sophisticated space that is unlike anything you’ll see on the lower north shore.”

You can say that again. 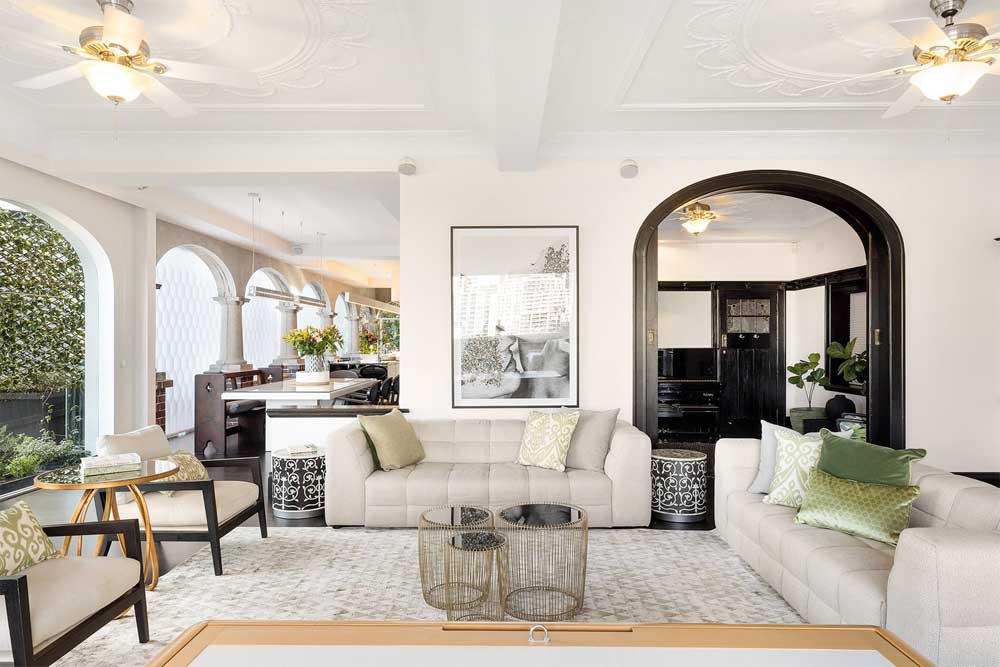 457sqm of insane living is the stuff dreams are made of!

The two storey, 1930’s brick apartment building, once described as “somewhat ungainly” in a NSW Heritage Register, has been meticulously transformed in recent years, to create a world-class family property with a jaw-dropping 457sqm of liveable space.

“The property is so big we had to do it in three stages,” Christina says, “but the final result is better than we could ever have imagined.”

In its former life as three separate, two-bedroom flats – 15 Waiwera St was known as “Culzean”. Owned by Margaret Pettigrew Black and designed by her engineer husband Buchanan, who’s thought to have worked on the Sydney Harbour Bridge, historical rate books show the building application was approved in March 1928. 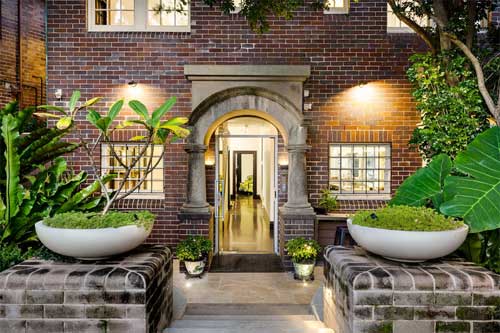 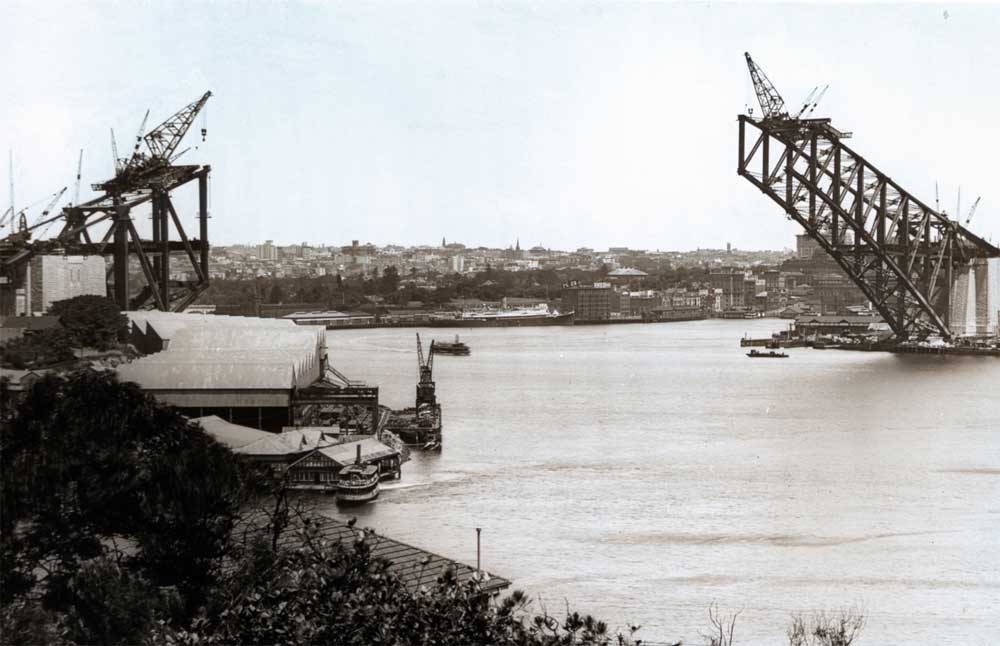 Today, Culzean’s impressive colonnade arch, intended to reflect the Bridge’s design, is still a feature of the property, with the semi-circular windows framing gun-barrel views of the Sydney’s Opera House and beyond.

“What we’ve managed to create is a blend of modern style and sophistication, that perfectly complements the building’s architectural pedigree,” Christina says, “with the high-ceilings, lead light windows and period details mixing with industrial elements, like polished concrete floors and exposed brick.”

It’s a harmonious union, to say the least, given the majesty of the Sydney Harbour Bridge and Opera House, that seem so close you could reach out and touch them.

Listing agent Tim Foote, from Belle Property Mosman, says the property is a rare find that has to be “seen to be believed”.

“Not only is it one of Sydney’s finest trophy homes,” Tim says, “but it’s a palatial family estate of international standards, where nothing has been overlooked.”

Boasting multiple formal and casual living spaces, the entry level is dominated by a commercial grade kitchen, with a gleaming Lacanche range taking pride of place. But it’s just the first of countless eye-popping moments in this house of dreams. 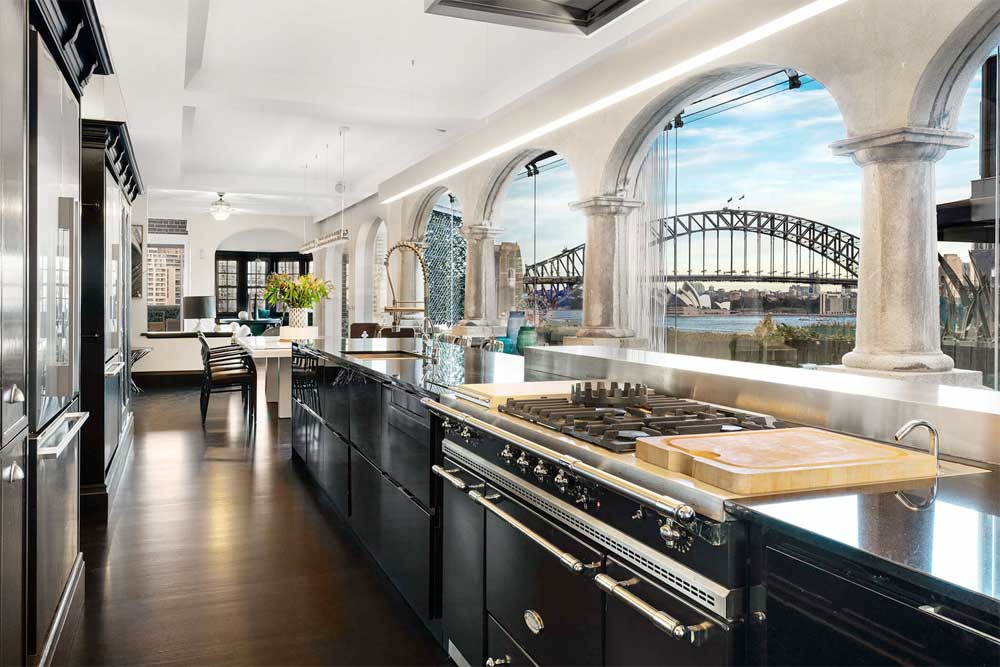 Washing the dishes will never be the same again in this kitchen!

It seems everywhere you turn, the glimmering, hypnotic waters below manage to catch your eye, and the incredible backdrop has been used to its full advantage by the home’s owners, with no expense spared.

Access the first level via a stunning staircase (or oversized Italian lift) and discover four hotel-sized deluxe bedrooms, two of them with their own en-suites and dressing rooms. 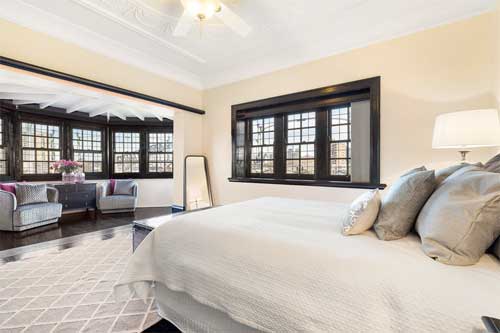 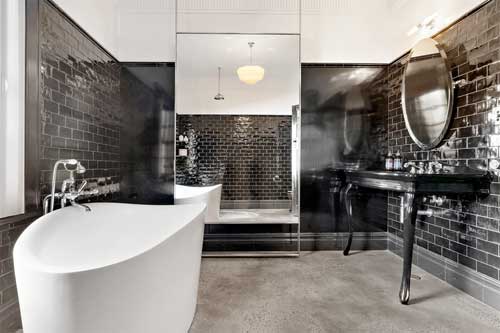 A stunning Master Retreat is the crowning glory at the top of the home; an entirely separate and secluded space with everything you would expect from a home of this calibre, including sliding doors that open out to a balcony – with more of those jaw dropping views. 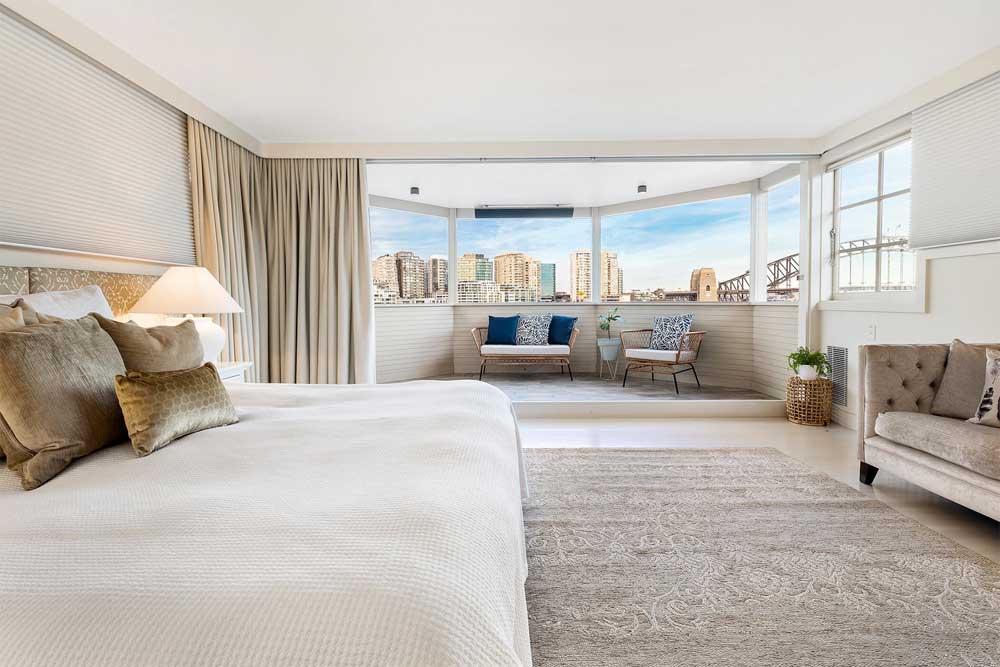 Separate staff accommodation (or a brilliant teenage retreat!) is another added bonus, with its own kitchenette, living area, bathroom and balcony.

Add to this the in-ground gas heated pool, double car garage, Fort Knox security and magical gardens – and you’ve got all the boxes ticked when it comes to a home that has everything … including the kitchen sink!