Flashback: In 1963, this grand Mosman mansion was bulldozed to make way for a bland block of flats.

Built in 1908 by William Wells Robinson and his wife Charlotte, “Trafalgar” was one of Australia’s finest homes.

The Federation mansion had been designed for family life, with panoramic views of Sydney Harbour, wide verandas and a vast garden for the couple’s three children, Myra, Mabel and Frank. 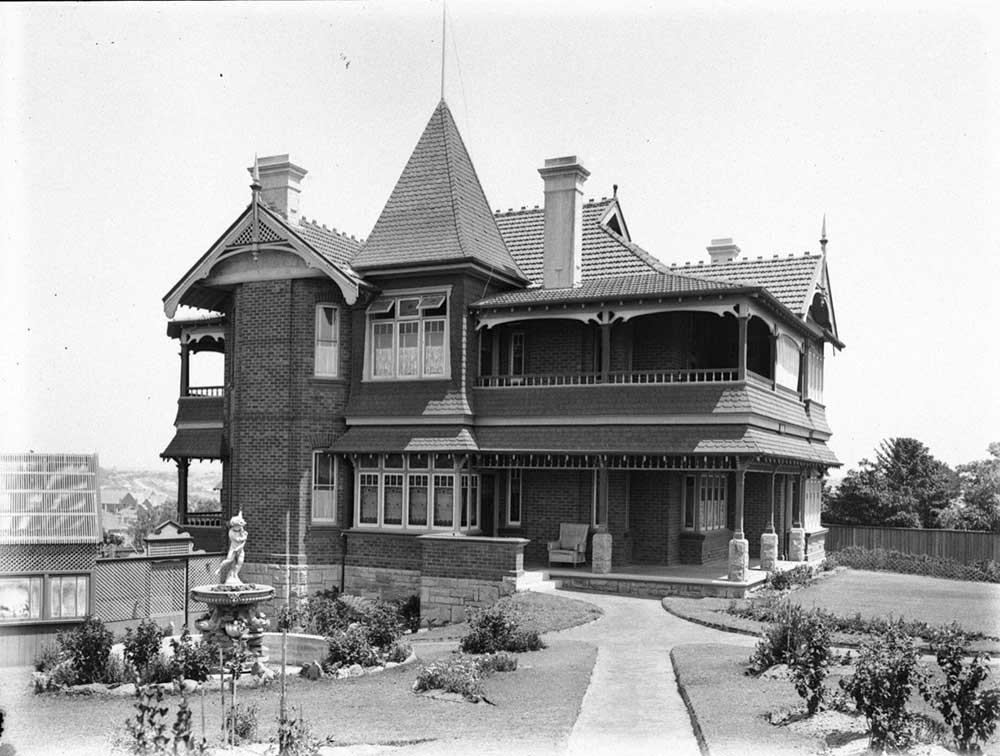 A successful solicitor, Robinson had moved to Mosman from Singleton the year prior after making his fortune as part of a mining syndicate in the Hunter Valley.

Situated on the corner of Bradleys Head Rd and Queen St, “Trafalgar” was fittingly named in honour of Robinson’s grandfather, who’d fought in the Battle of Trafalgar on board HMS Revenge. 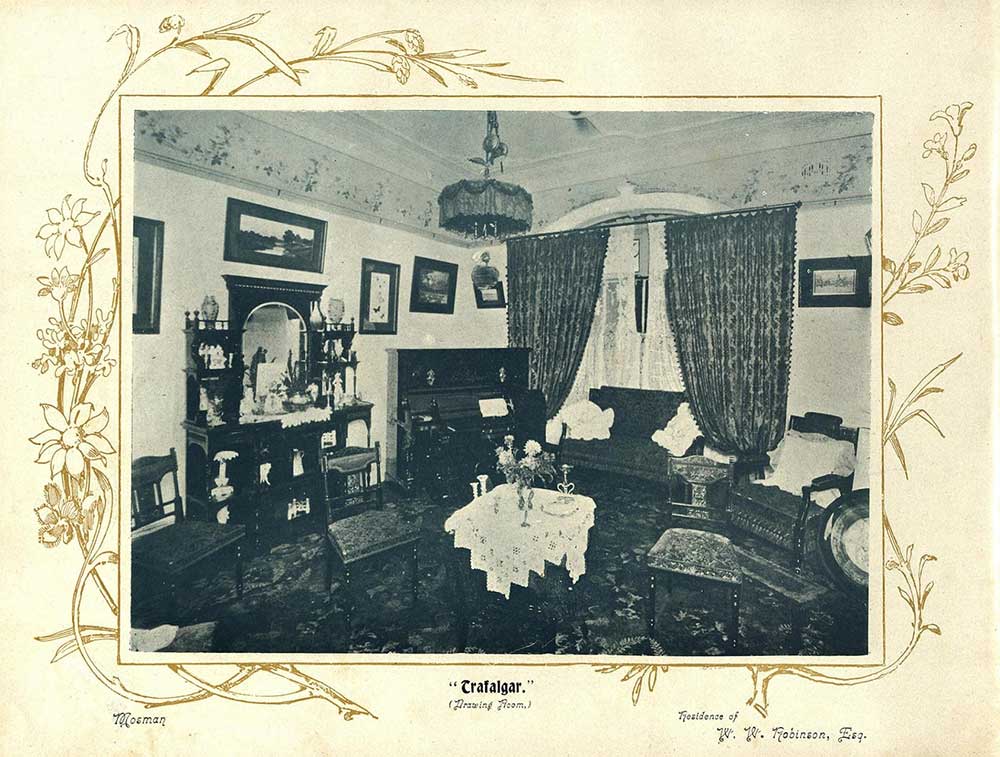 One of the opulent living rooms inside “Trafalgar”. Image: Our Beautiful Homes c1910.

With its five bedrooms, three living rooms, two pantries, a scullery and a billiard room, the glamorous residence is featured in “Our Beautiful Homes”, a 1910 hardcover book showcasing Sydney’s finest mansions for British readers.

“If patriotism is the love of country, then we – the people of New South Wales – are inspired by an intense loyalty,” the preface says.

“And in pride of country, in what it has done for us, and in what it has helped us to do, we provide our fellow-subjects of Greater Britain with the opportunity of seeing something of the conditions of which we live and of the ideals of house and home which inspire us in New South Wales.” 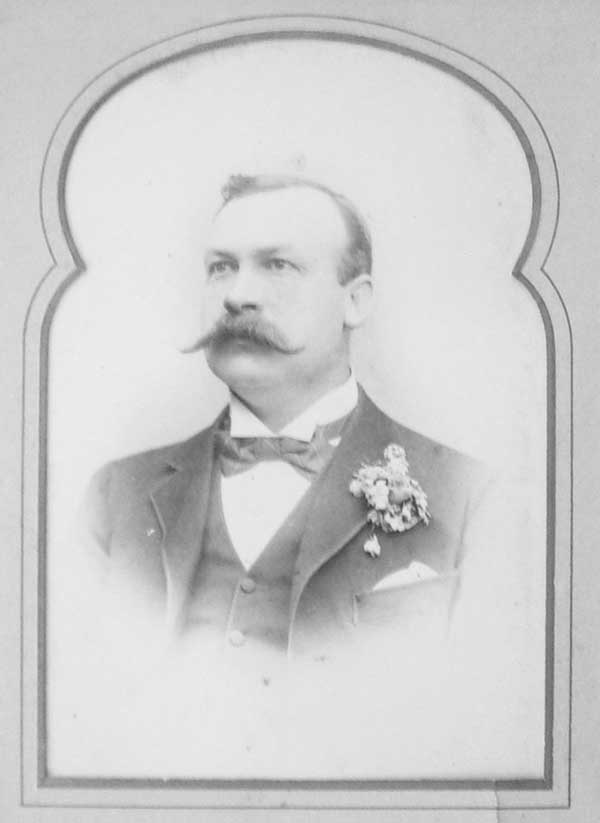 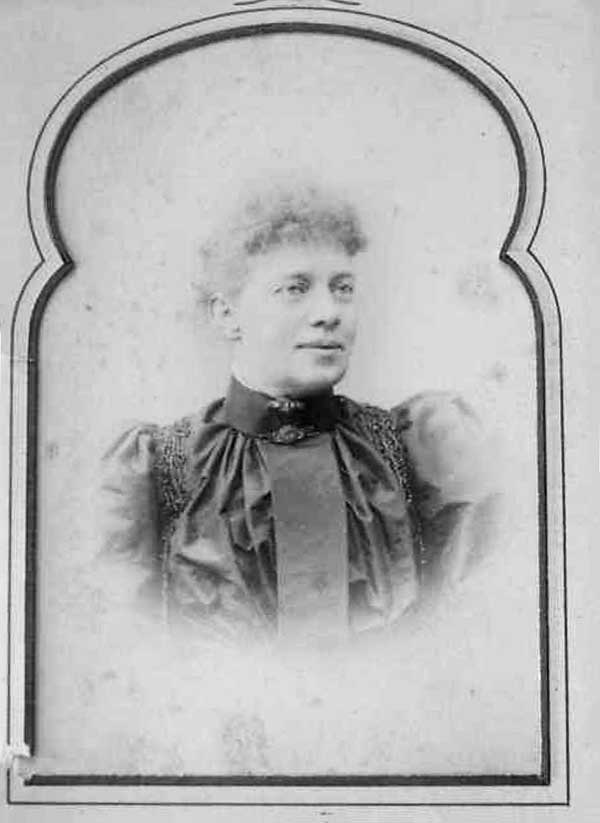 But less than a year after moving into her dream home, Charlotte Robinson died on 9 August 1909. She was aged just 49.

In 1911 William remarried mining heiress Mary Longworth and the couple chose to keep ‘Trafalgar’ as their home right up until his death in 1947, aged 89.

In 1949, the home was sold to Mrs Joan Chapman, and then in 1956, under the growing pressure of urban development, the vast property was converted into flats by architect Adrian Ashton. 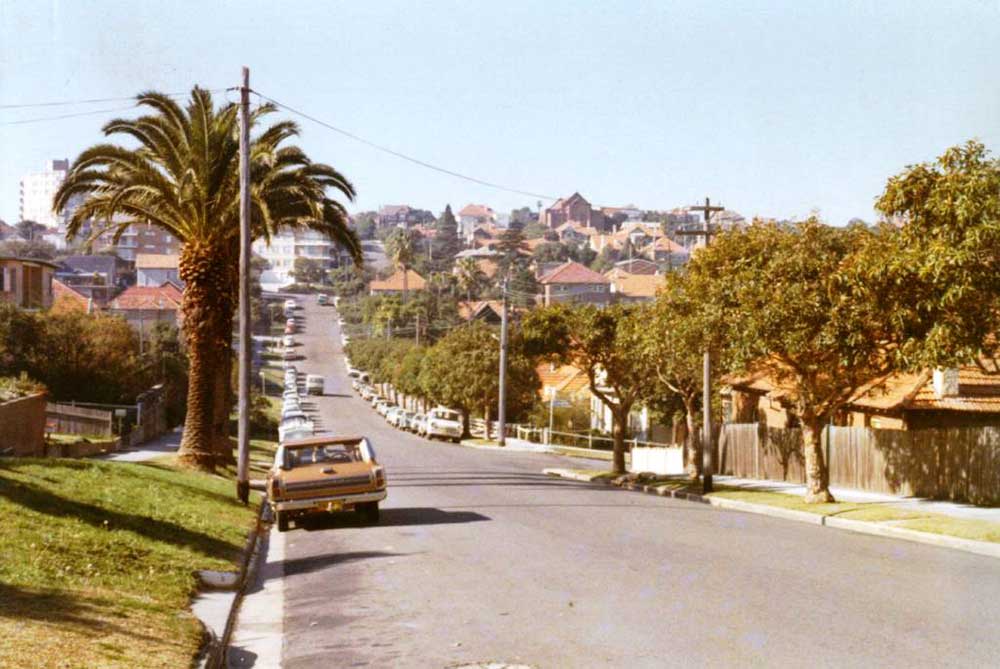 By 1960, the construction of apartment blocks had accelerated, with fifteen buildings containing 321 flats erected in Mosman that year, compared with only seven containing 57 flats in 1959.

In his book Mosman, A History, author Gavin Souter wrote that this hive of activity faltered briefly in 1961 but resumed with gusto soon after. 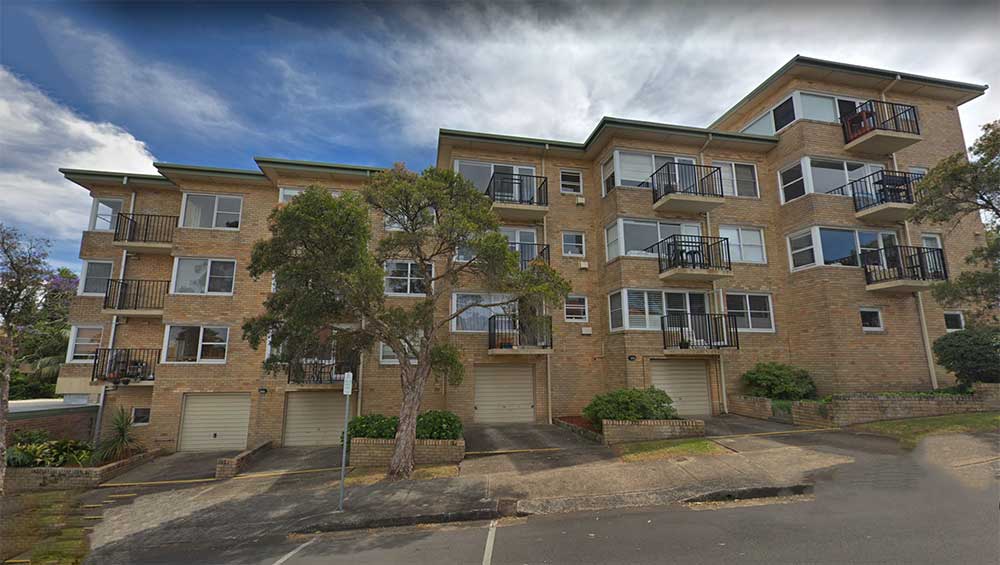 This block of units replaced “Trafalgar” on Bradleys Head Rd in 1963.

One of these, a bland three-storey block of 18 flats, replaced Mosman’s stunning landmark ‘Trafalgar’.

The grand old lady had become an eyesore – a victim of progress – just 55 years after being built by master craftsmen.

She was stripped bare, her Kauri floorboards and kitchen stove sold off, and then bulldozed, with not one complaint from residents.

In her place came a soulless blond brick building – seen as the new modern way of convenient city living.