When it opened to the public in March 1970, the North Sydney Travelodge heralded an exciting new era in hotel accommodation, providing a chic destination for holiday makers and corporate conference-goers visiting the lower north shore.

Crescent shaped to take advantage of Sydney’s harbour views, the 14-storey beacon of modernity contained 224 self-contained suites in alternating shades of blue and olive, each with its own private bathroom and television set. 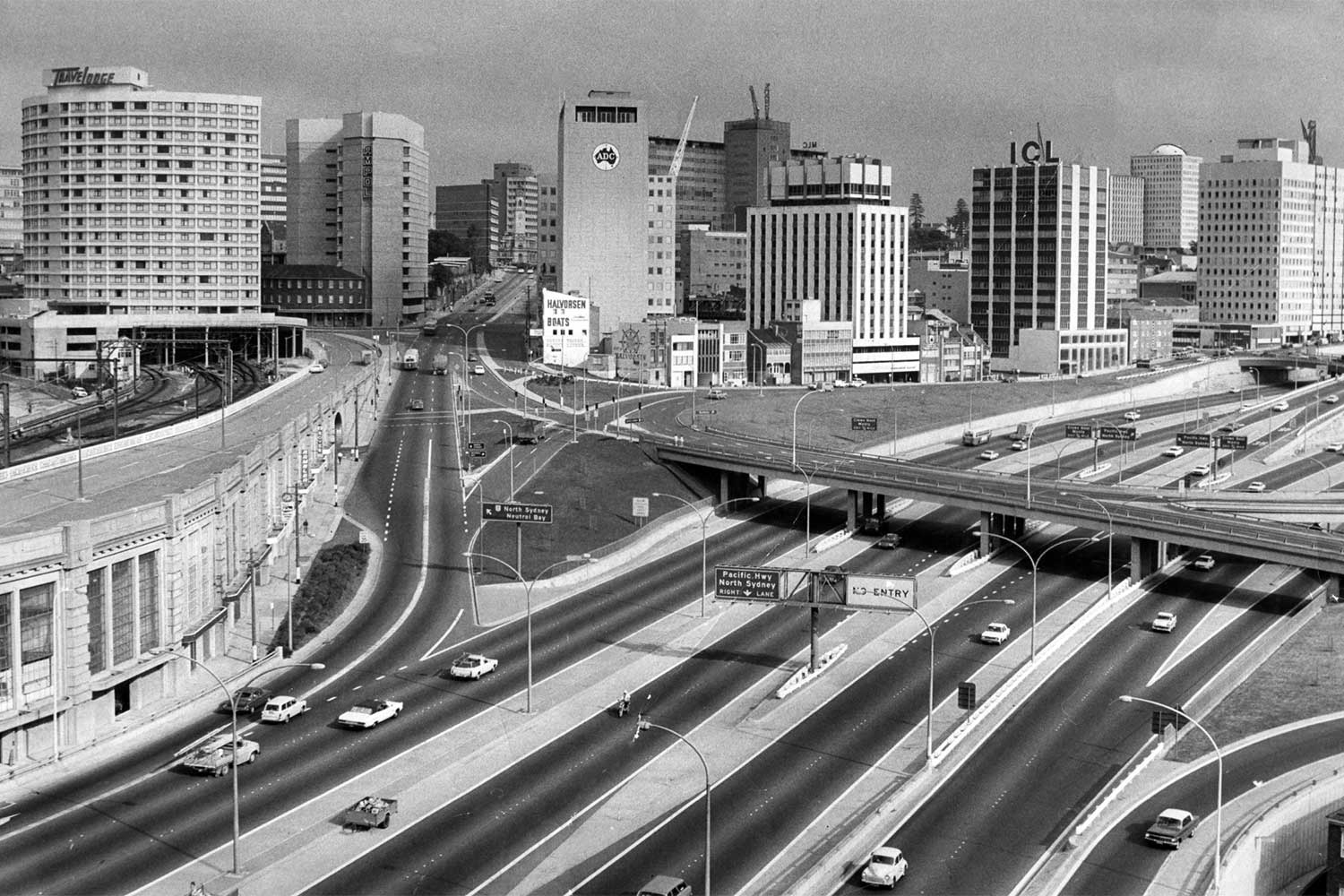 North Sydney Travelodge opened in 1970 and was the first luxury hotel on the lower north shore.

The cream brick building, costing $3.5 million and constructed directly over the train station, was an immediate success.

“Throughout the motel, the accent is on brightness and informality,” the Sydney Morning herald reported on 26 March 1970.

“Wallpapers in the lift lobbies and corridors were chosen to accent the colours in the floor coverings. 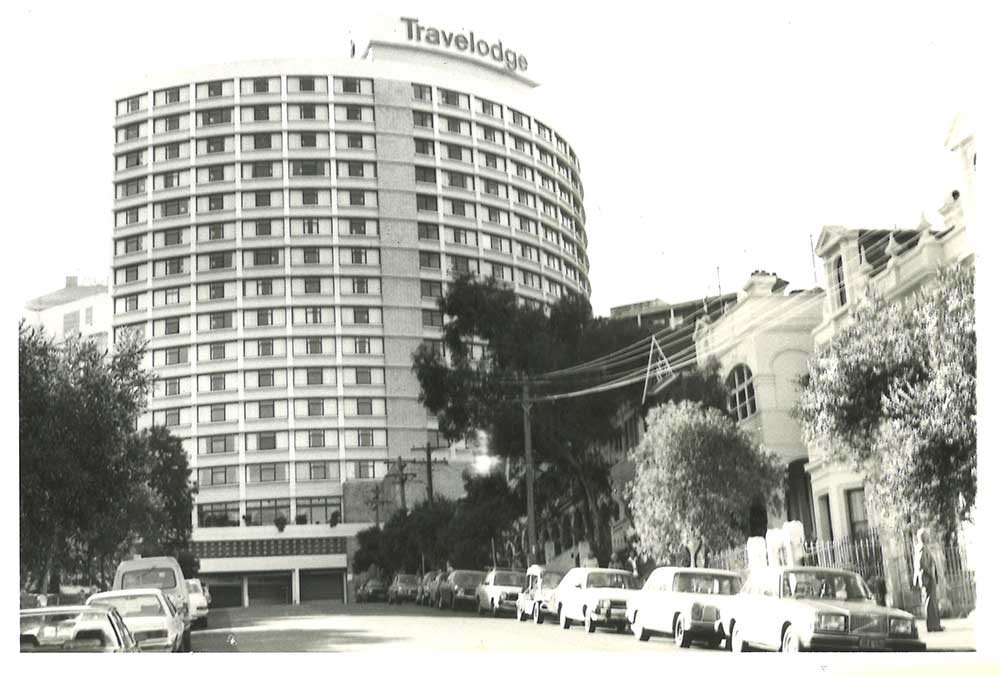 At the heart of the hotel, guests dined in the “Pullman Room” bar and restaurant, cleverly designed as a luxury railway carriage “reminiscent of the 19th century American Pullman cars,” the Herald reported.

“This has been achieved by the use of timber panelling on the ceiling, old overhead luggage racks, louvered window shutters and frosted glass windows,” readers were told, “along with framed prints of the original North Sydney railway station on the walls.” 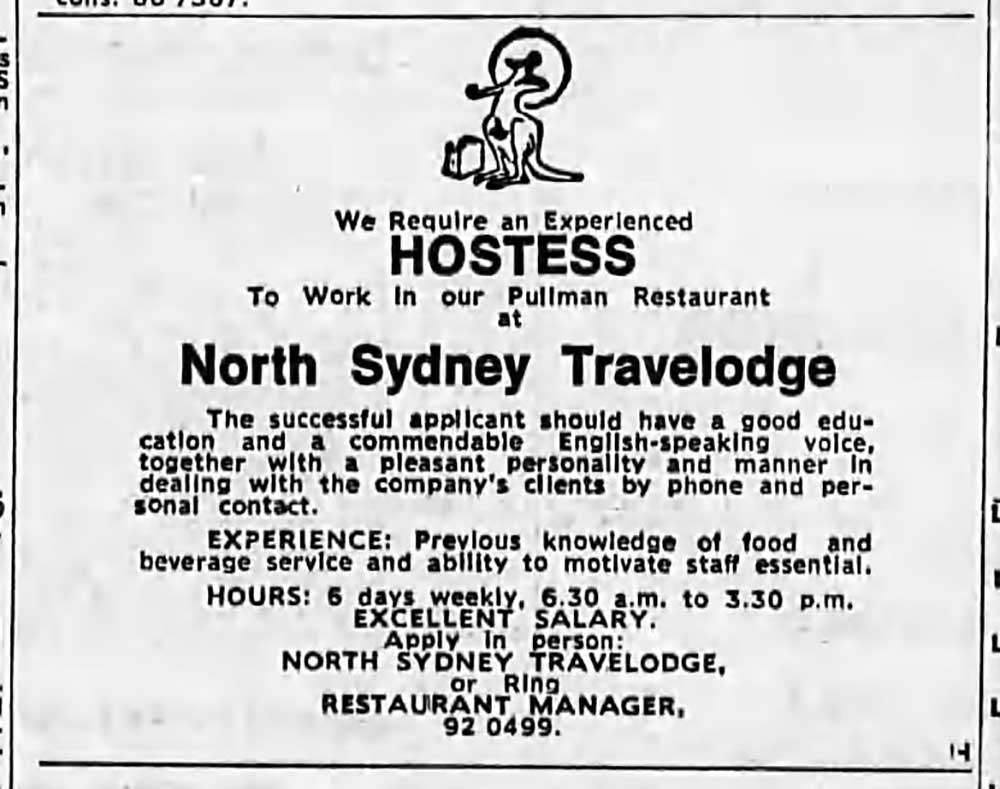 A commendable English speaking voice and “pleasant personality” was required to work in the short-lived Pullman restaurant.

Outside, a circular swimming pool – since demolished – was built into the hotel parking deck, with no landscaping or escape from the petrol fumes of passing cars.

Perhaps it was a sign of things to come.

The short-lived Pullman Room failed to make its mark on the new-found cosmopolitan tastes of a fast-growing city, and soon made way for “Farthings” in 1974, a more sophisticated offering that ditched the train décor for upmarket bamboo furniture and greenery. 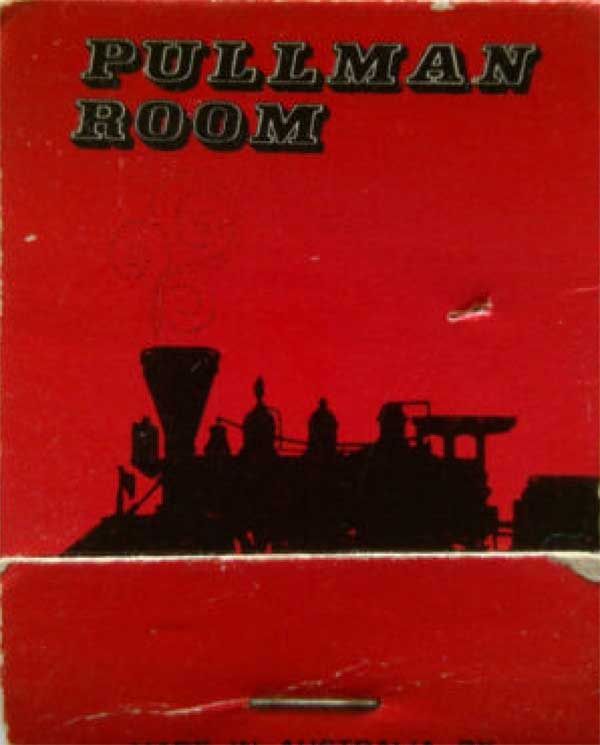 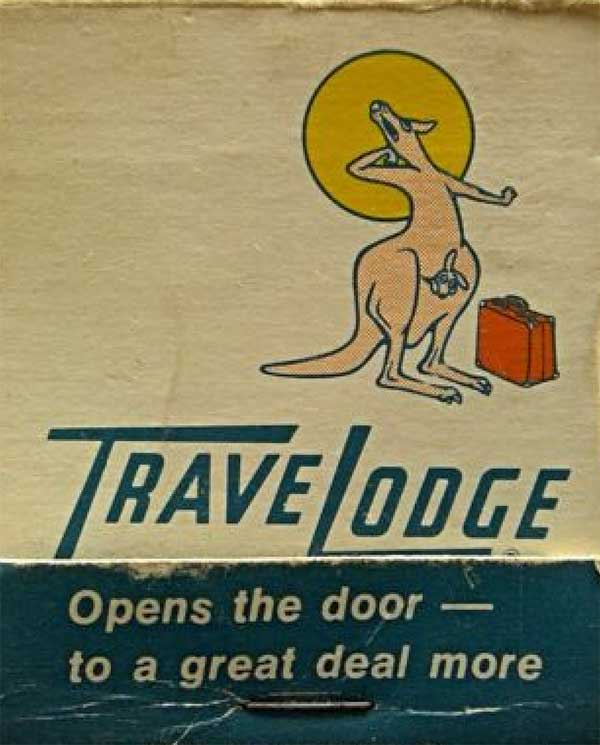 Travelodge was a luxury option for travellers in the 1970s.

In 1979, Food writer Betty Forrest gushed about its salad buffet area “resembling a work of art”, with a giant shell used to display fresh oysters.

“Bread in all shapes and sizes, a huge jar of pickles, fresh coffee beans in a coarse cloth sack, hanging Polish sausages, baskets of fresh fruit and vegetables of all descriptions, an attractive cheese selection, hanging garlic by the bunch, a barrel of Farthing’s Commemorative Port and of course a great selection of fresh salads created what could be considered an artist’s paradise,” she wrote.

A grand piano, playing softly in the background, just added to the elegant 1970s ambience. 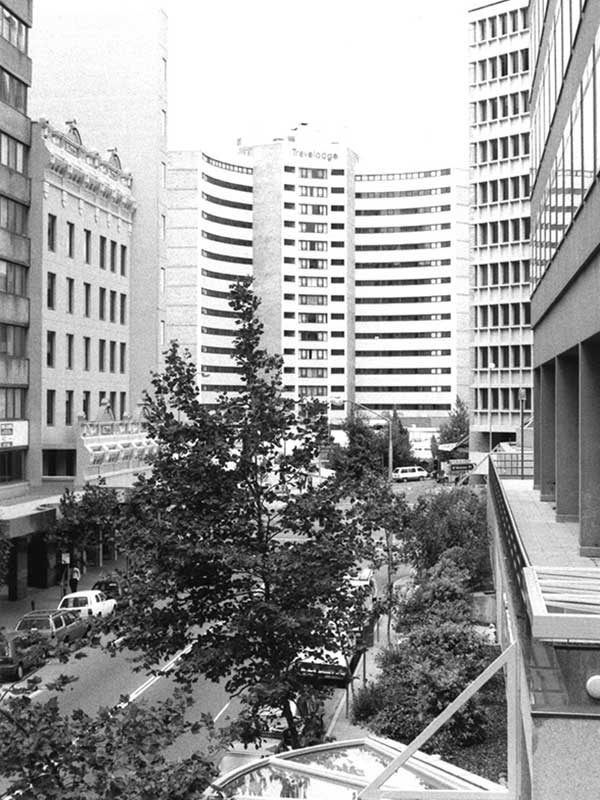 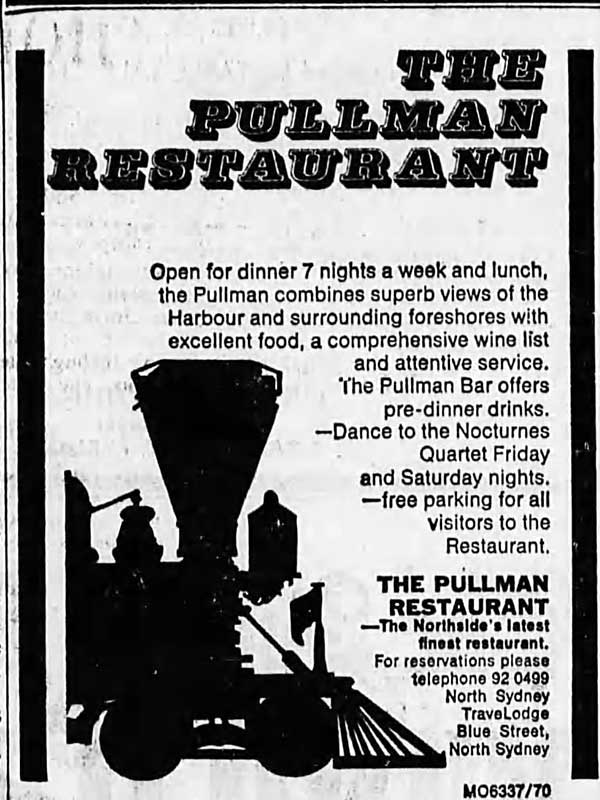 In 1989, North Sydney Travelodge changed hands for $54 million, to become a Centra Hotel. It was refurbished and upgraded to suit business travellers on an almost exclusive basis.

A decade later, in 1999, the Blue St landmark became the Harbourview.

Today, it’s one of three View Hotels and remains a popular accommodation choice for visitors to North Sydney, with many enjoying world class harbour views from their rooms – and a rooftop terrace – on New Year’s Eve.