The luxury Mosman home of a fugitive dubbed Australia’s “new Christopher Skase” has been defaced in a brazen graffiti attack.

The words “pay back the money” were sprayed in red Chinese lettering across the entrance of the abandoned Superba Parade residence, owned by 32-year-old Michael Gu, who fled the country last month.

Gu is the Founder of collapsed property group iProsperity, which was placed in administration in July, leaving investors fearing a wipeout of $350 million.

The Australian Financial Review reports Gu left Sydney with offsider Harry Huang on July 26 for Auckland, before connecting to Los Angeles. His current whereabouts are unknown.

A former mobile phone salesman from western Sydney, it’s believed Gu was granted permission to travel overseas from the Department of Home Affairs. 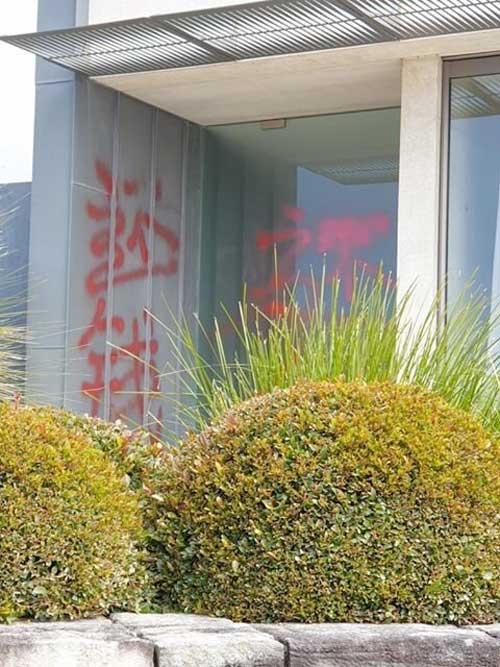 “Pay Back The Money” has been sprayed on Gu’s home, in simplified Chinese. 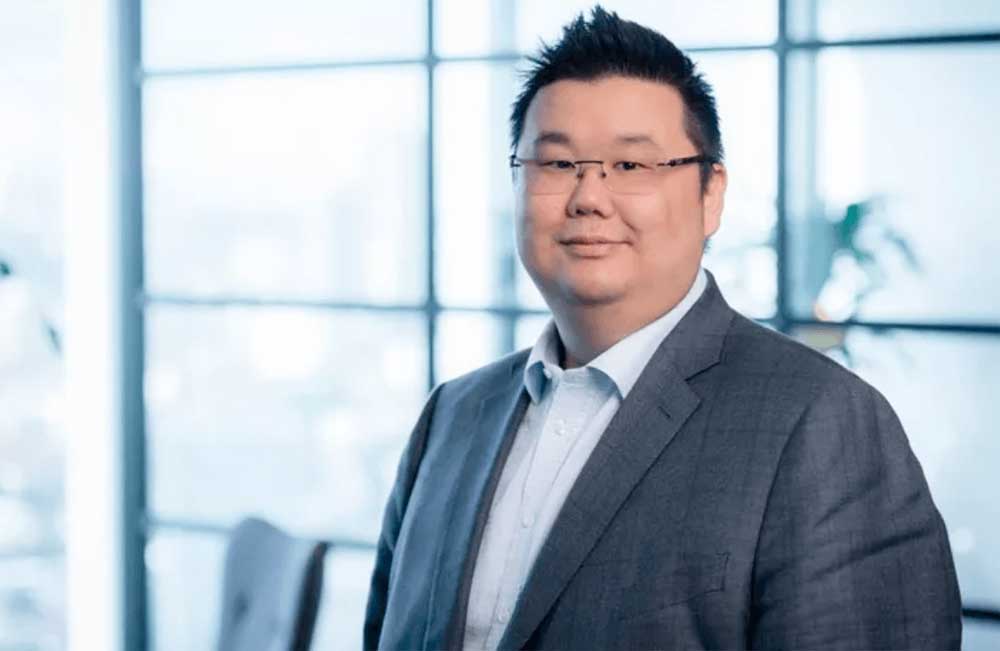 FUGITIVE: Mosman resident Michael Gu (above) left Australia on July 26. His home at 10 Superba Parade (below) has been abandoned. 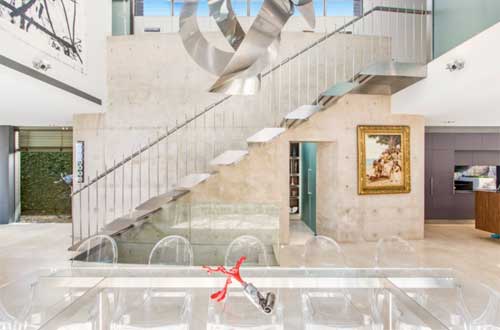 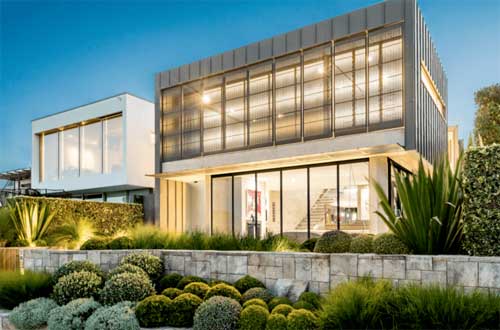 Speaking with Mosman Collective, neighbours said Gu and his family lived a quiet but lavish life at 10 Superba Parade, with a car collection including two Lamborghinis, a Ferrari Spider, a Bentley SUV and a Rolls Royce Wraith.

“Everyone in the street used to talk about the cars this guy had,” said a Mandolong Rd resident who did not wish to be named, “his display of wealth was obscene.”

“The family were only in Mosman for a couple of years and about three weeks ago they vanished into thin air.

“It’s intimidating to learn that someone has spray-painted graffiti over the front of the house – I mean, what was this guy up to?” 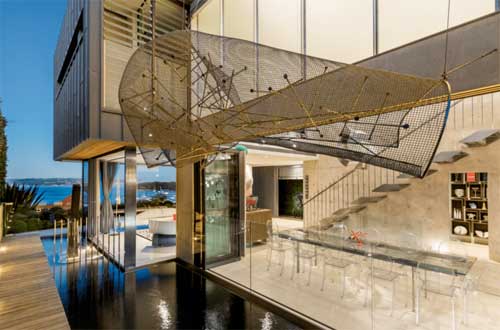 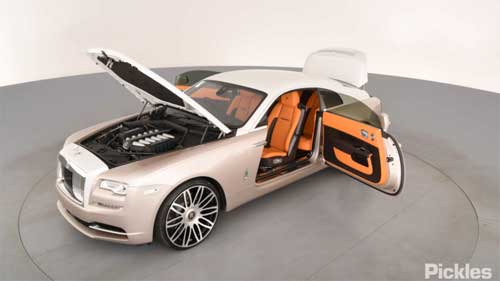 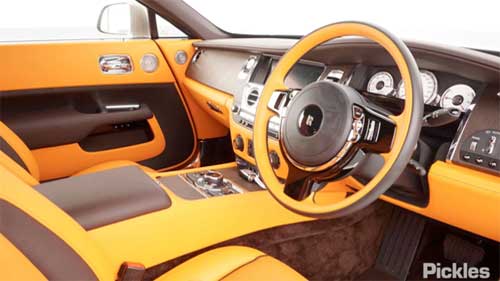 With its bright orange leather trim, lambswool floor mats, a 6.6 litre, V12 engine – and just 1039km on the clock, the vehicle was one of just a handful of “physical items” recovered from the iProsperity collapse.

It’s believed the Superba Parade house, purchased for $10 million and mortgaged to Credit Suisse, is the only other hard asset. 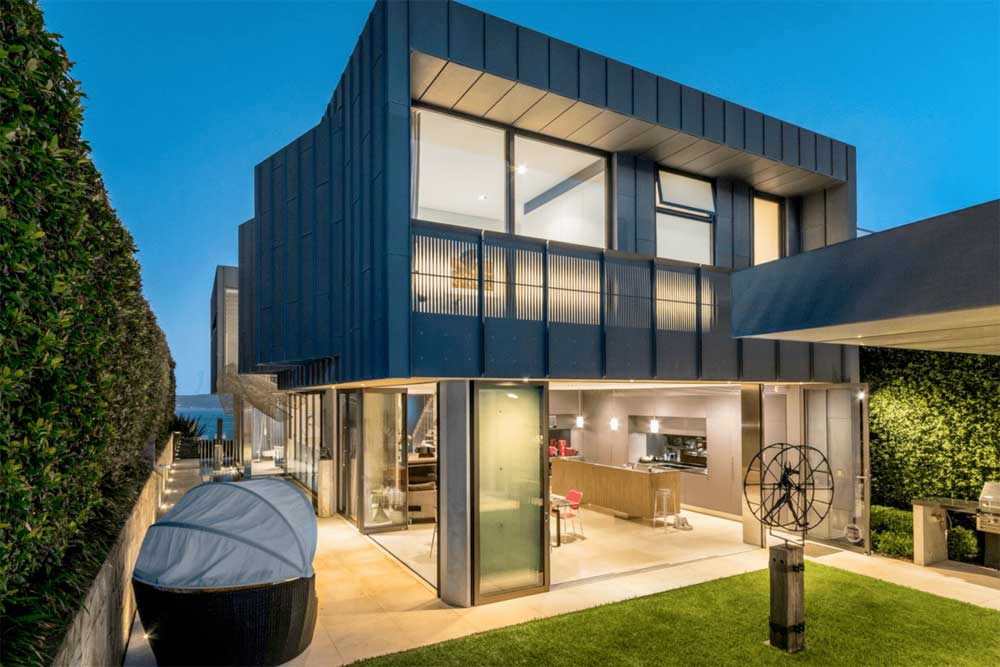 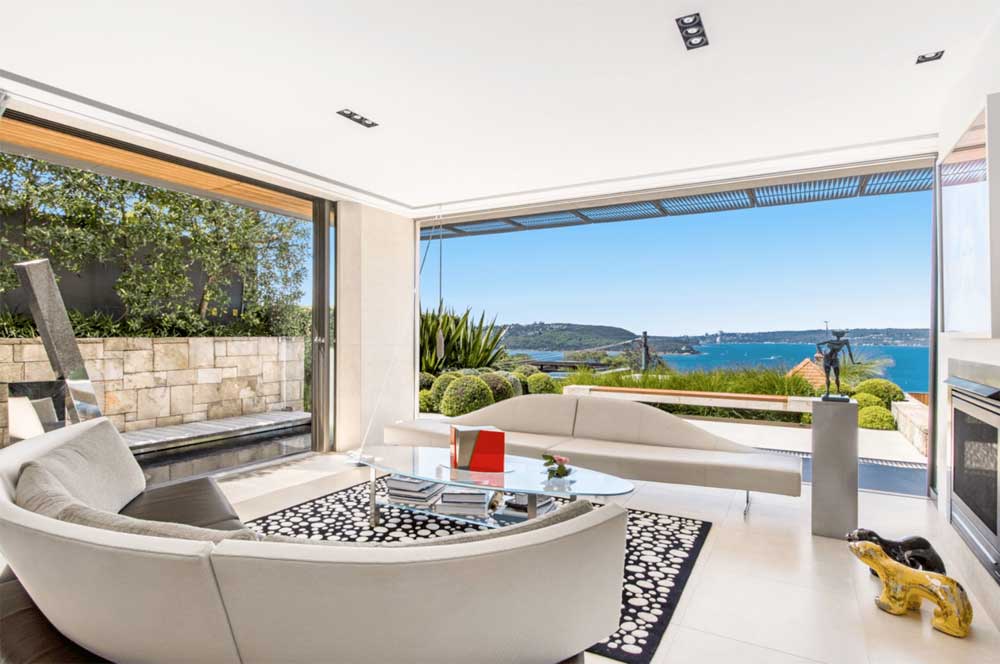 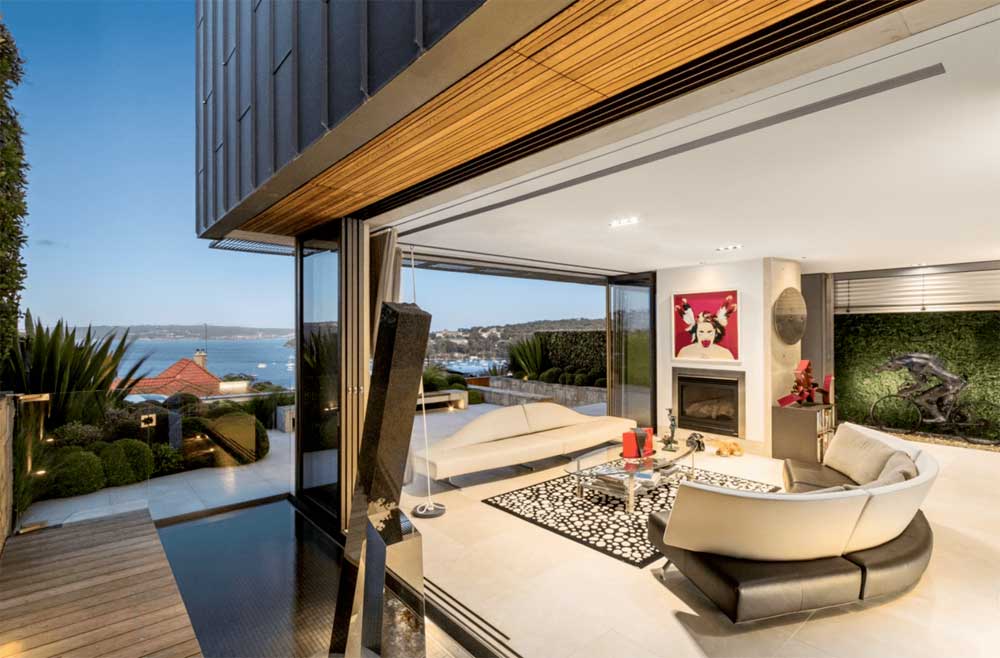 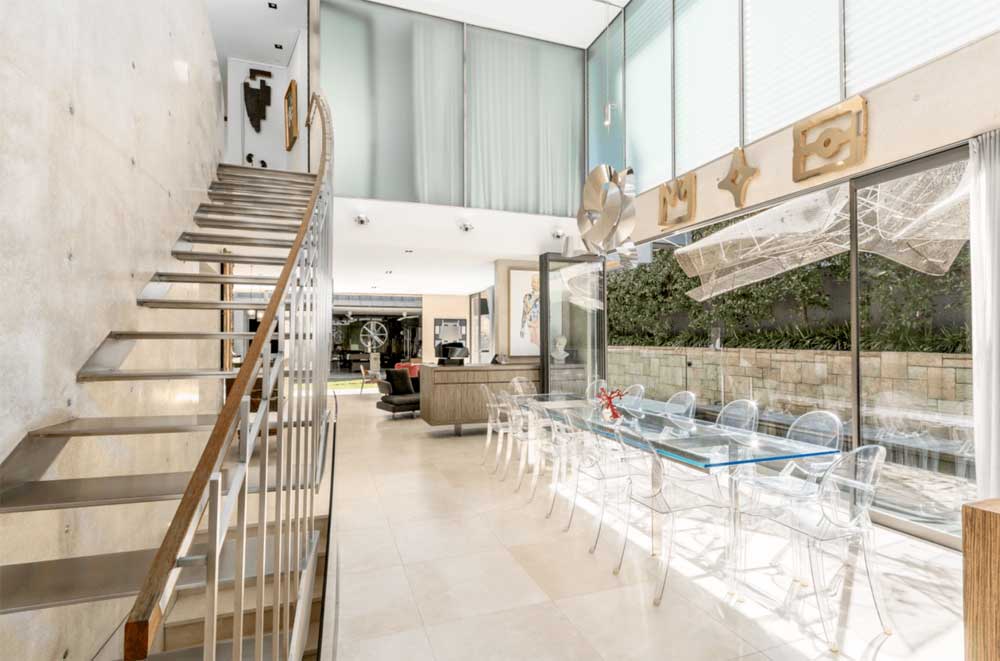 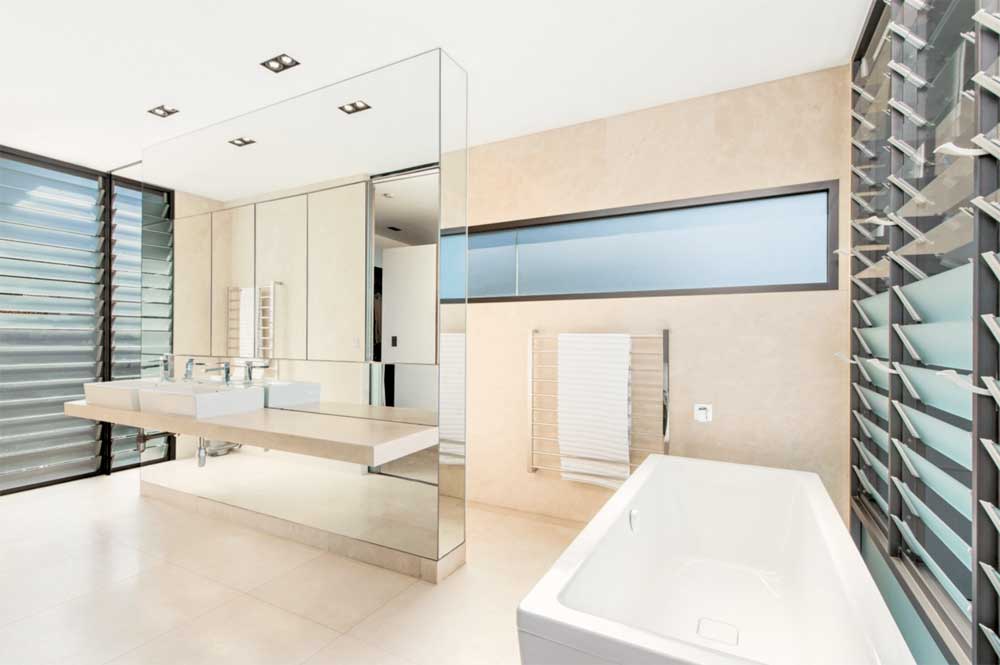 Overlooking Balmoral, the four-bedroom “entertainers paradise” was bought by Gu in 2017.

Set on 510 sqm, the stunning residence is north/east facing, with walls of retractable glass, marble flooring and a custom built, banquet sized dining table. Yet to be marketed, a number of high-profile local agents are said to be pitching hard for the listing. 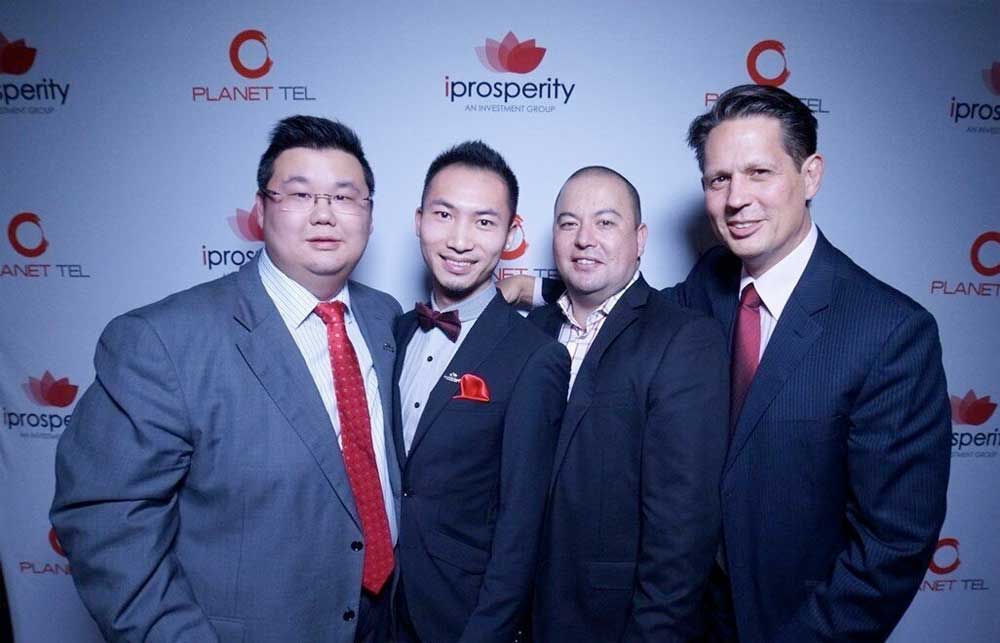 Robert Simeon from Richardson and Wrench in Mosman said he was confident the home had “risen significantly in value” over the past three years.

“Without seeing the condition of the home, I believe it would be worth between 12 million and 14 million, if it went to market today,” he said.

When contacted by Mosman Collective about a potential sale of 10 Superba Parade, Liquidators Con Cordis said they were “continuing to review a range of matters … including any potential asset recoveries that might be available”.

“At this stage, as investigations are continuing, we do not believe it is appropriate to make any public comment,” they said in a statement.

iProsperity is believed to have been a substantial player in Australia’s “Significant Investor Visa” scheme (SIV), run by the Federal Government to fast track permanent residency for high net-worth individuals, willing to invest at least $5 million, with at least $500,000 of that placed in venture capital or growth private equity funds which invest in start-ups and small private companies.

Mosman Collective has not been able to reach Mr. Gu for comment.