After more than three decades in Mosman, Stephen Penny is calling time on local institution, Penny’s.

On Saturday July 10, 1880, readers of Sydney’s Illustrated News opened their morning paper to learn the latest on the capture of Ned Kelly.

And in the same edition, it was also revealed that a new butchery called Penny’s had opened in Woolloomooloo.

“The shop itself is almost Parisian in the taste and elegance displayed,” the page 21 article reads.

“Never have sirloins of beef and legs of mutton appeared so tempting as when displayed in Mr. Penny’s shop.” 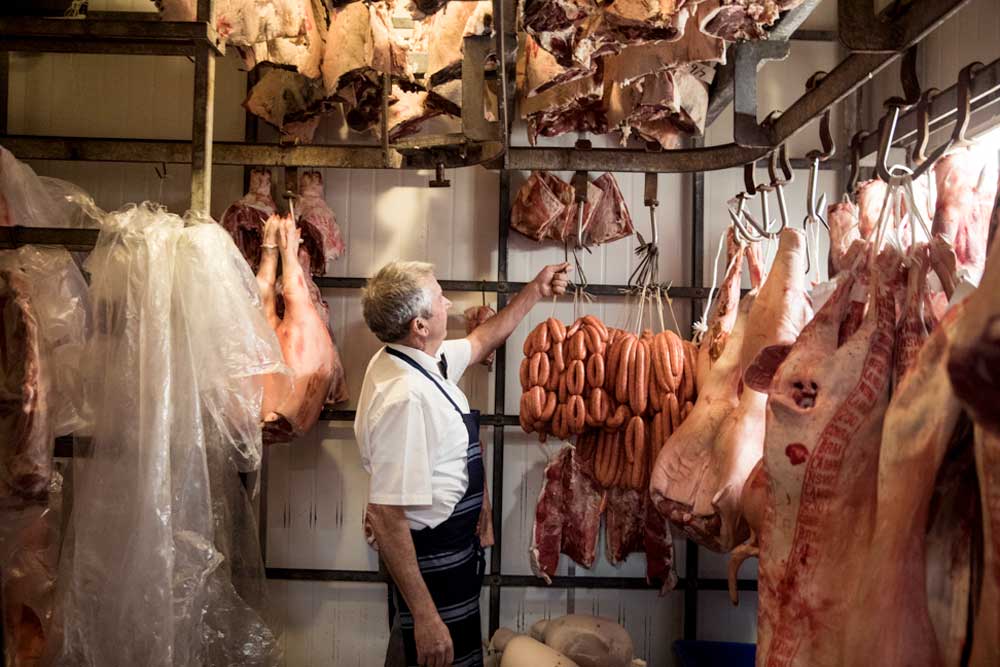 The Penny family are renowned as some of Australia’s finest butchers, thanks to their meticulous quality and customer service.

For 138 years, the Penny name has been associated with the highest quality meat available in Australia.

“And they are the reasons why we have such a loyal customer base. 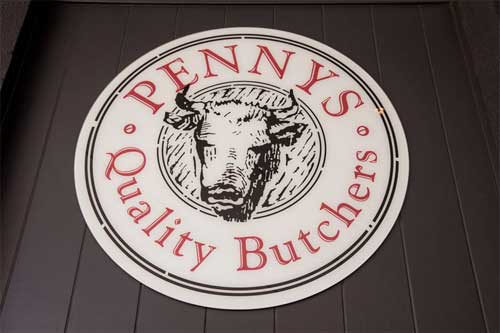 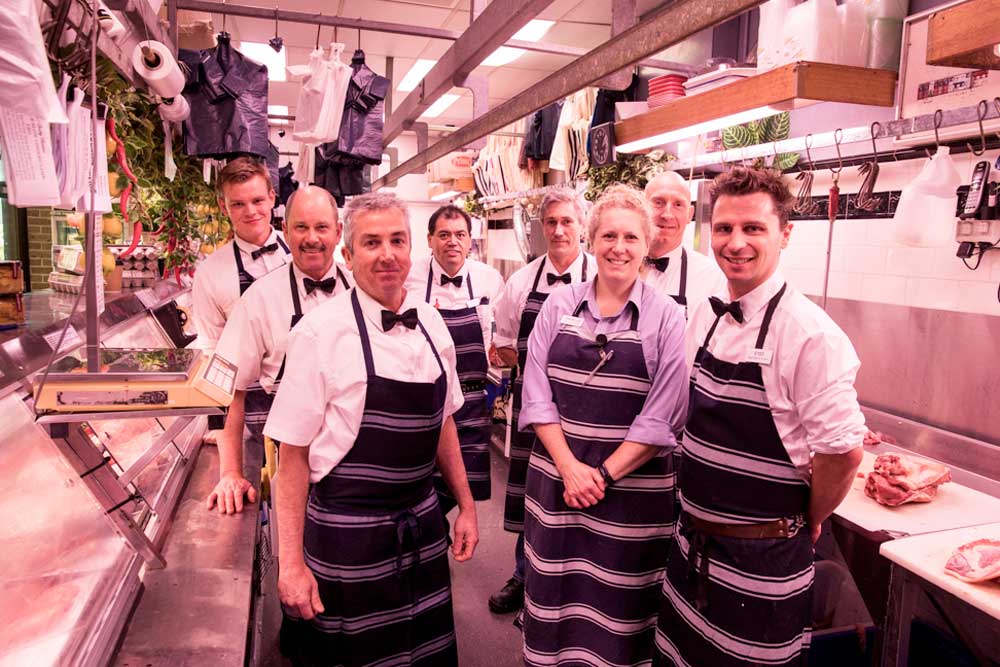 The Penny’s team, photographed in Mosman this week.

“We are a family run business, we care deeply about what we sell – and our staff always go above and beyond to keep our customers happy,” he says with a smile.
Cliff Penny pioneered the art of butchery displays in his Mosman shopfront.

A popular Mosman identity, Cliff was one of Australia’s most respected butchers.

“All varieties of meat and poultry were put on show and it was quite a competition between butchers to see who could put together the most amazing arrangements.

“Our layered trays of meat and handwritten price tickets became a real trademark.” 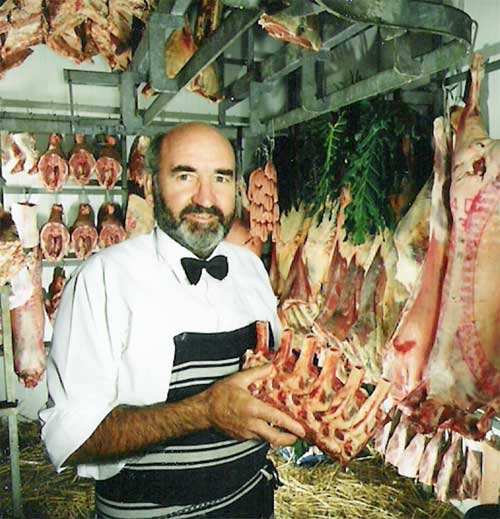 Cliff Penny pioneered the art of butchery displays in his Mosman shopfront. 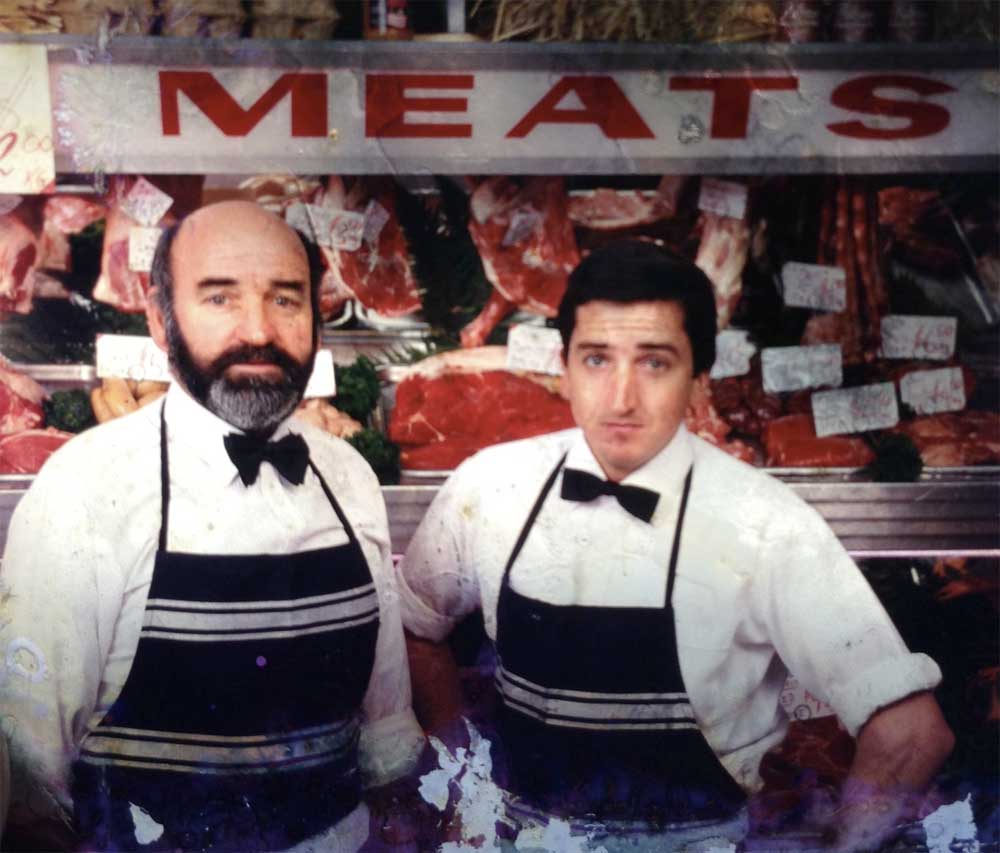 When they opened locally in 1986, word spread quickly about the array of Penny’s gourmet offerings, with people from all over Sydney travelling to Mosman to sample their aged beef, milk-fed veal schnitzel and home-made pates.

But now, after more than three decades selling choice cuts to an army of meat lovers, Mr. Penny has decided to take off his trademark bow-tie – and hang up the navy and white striped butchers apron – for good.

And for the first time in its long history, Penny’s Quality Butcher’s on Military Rd is owned by someone who doesn’t bear the famous surname. 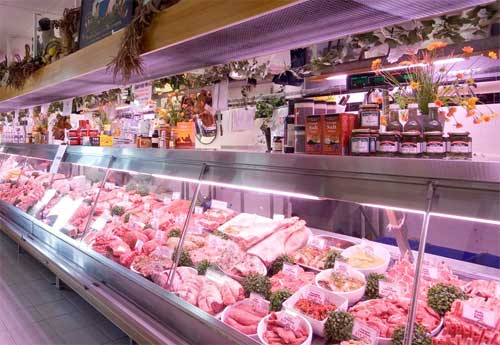 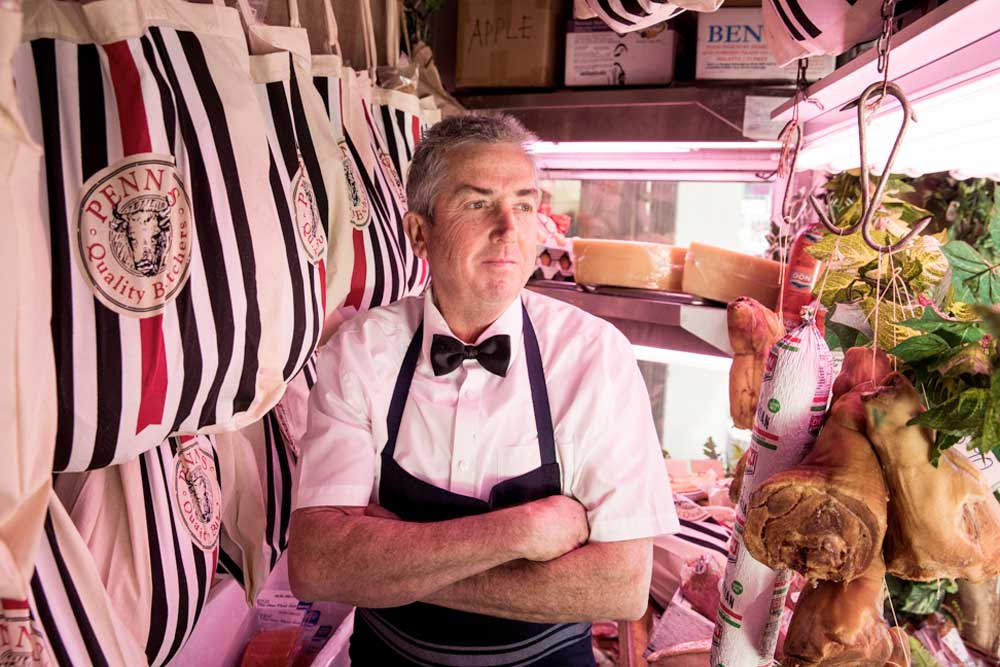 Stephen Penny reflects on his 32 years of serving customers from Mosman and beyond.

“The time felt right,” he says.

“I’ve been on my feet six-days a week for so many years, and after months of deliberation with my wife, we decided to make the leap into retirement.”

Stephen’s wife, Bernadine, says while she’s thrilled to finally have her husband home again, reality hasn’t yet kicked in. 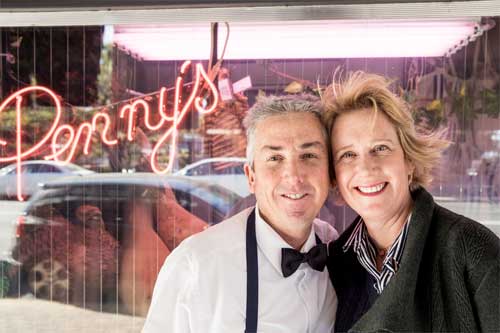 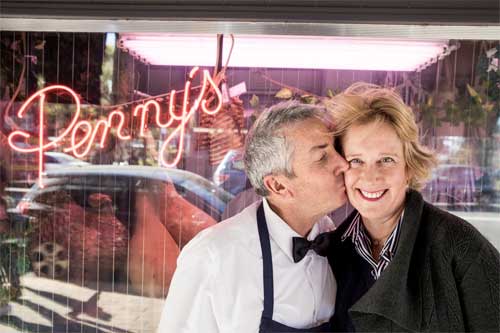 “It has been a pretty fast process to be honest and we haven’t really had a chance to think about what lies ahead,” she reveals.

“But we are very fortunate to have a new owner for the business, who fits in with the Penny’s brand.

The new owners are Stef and Angie Millin, a young family with a butcher shop in Balgowlah Heights, who are dedicated to upholding the values that make Penny’s Butcher unique

“Having Stef as the new owner means our regular and wonderful customers don’t need to worry about any big changes,” Bernadine said.

“But it’s going to be a real transition for us, not to be at the centre of so many people’s daily lives.

“And we will both miss so many things about the Mosman community,” she said.

However, there is one thing, that both Stephen and Bernadine won’t yearn for.

“The madness that’s synonymous with our store during December is something we’ll be happy to leave behind – at least this year,” Bernadine laughs. 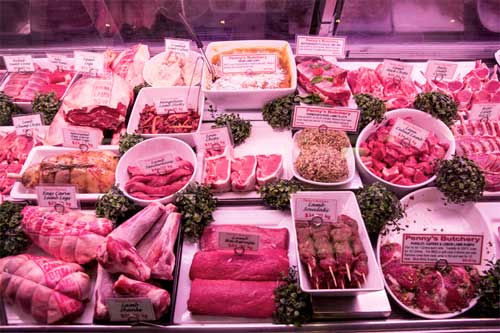 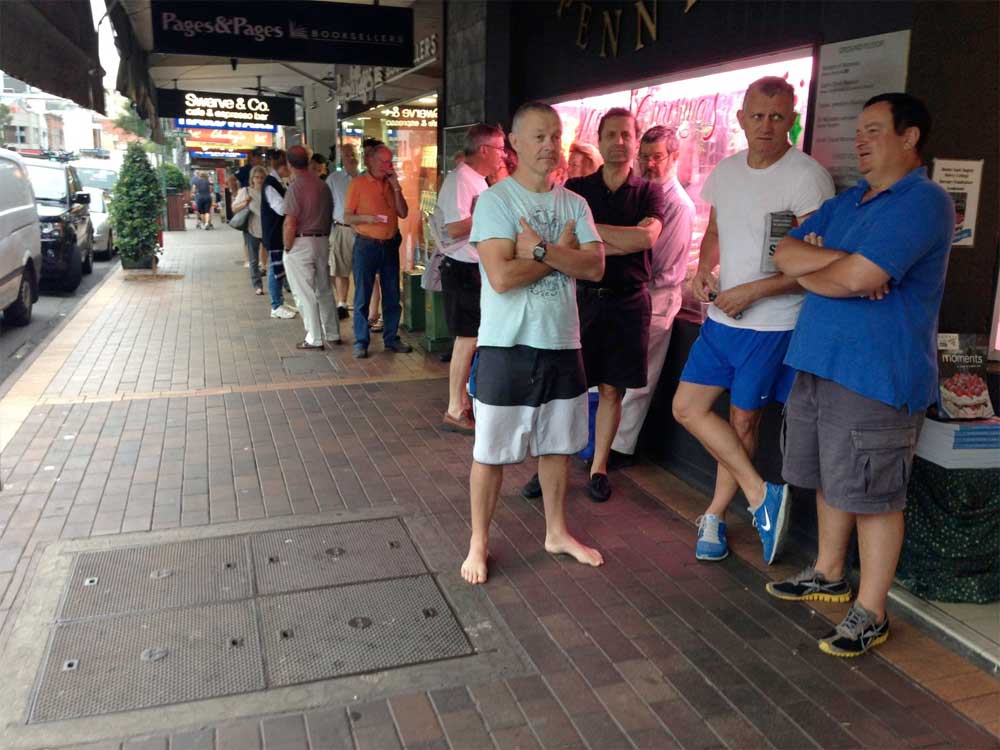 She goes on to explain the incredible logistics involved in preparing the Penny’s store for Christmas, with orders coming in from Melbourne Cup Day, right up to Christmas Eve.

“In recent years, well over a thousand hams, hundreds of turkeys and hundreds of meat orders have to be prepared, stored and served at Christmas time,” she said.

“It is nothing short of a military operation.

“We have our own smoke house which is on around the clock for the entire month, just so we can fill the orders.”

But this year, the Penny family will sit down to enjoy Christmas lunch together, for the first time in 32 years. 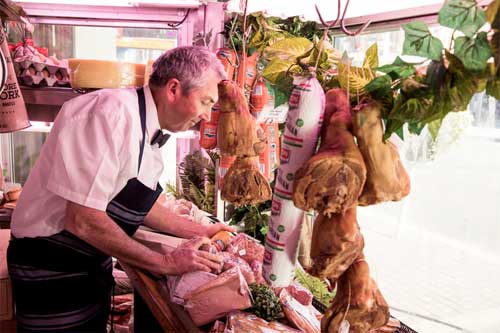 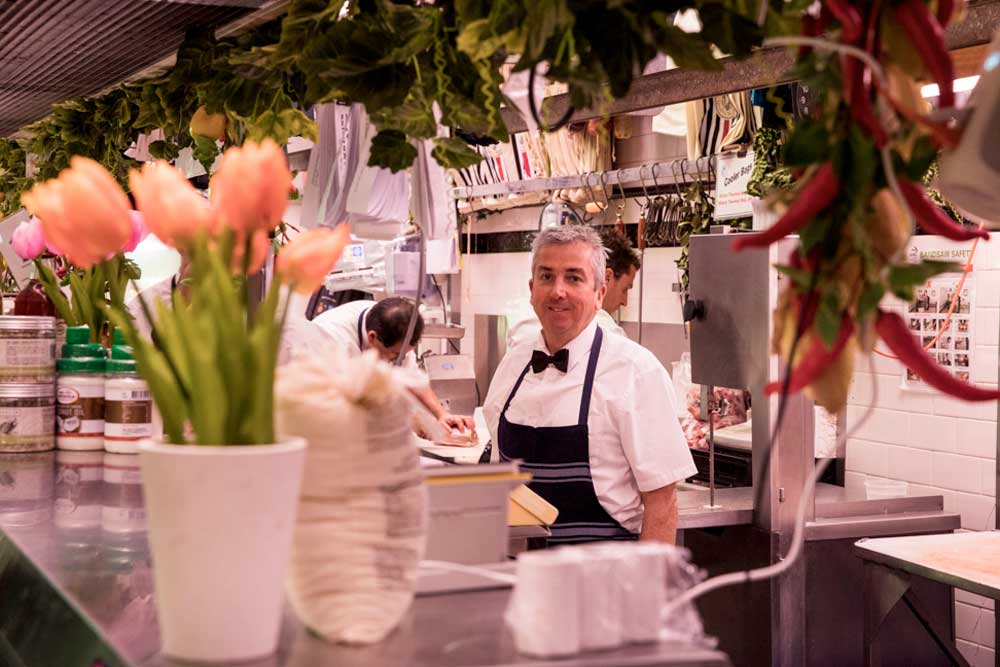 “But don’t be surprised if Stephen rings the new owners and offers to help them out,” Bernadine says.

“One thing we will do is pop up on Christmas Eve and join everyone else in the long queue, for our Christmas ham.

“But for the first time, we’ll be on the other side of the counter!”