Two men from the northern beaches are accused of importing cocaine lollies and methylamphetamine lollipops.

A third man, from Sydney’s northern suburbs, has also been arrested.

The men, aged 21, 31 and 49, were arrested in dawn raids this morning at homes in Dee Why, Macquarie Park, and Collaroy Plateau and taken to Manly police station for questioning.

Australian Border Force officers say they intercepted three packages from the US that contained lollies laced with methylamphetamine and cocaine at the Sydney Gateway Facility mail centre last November. 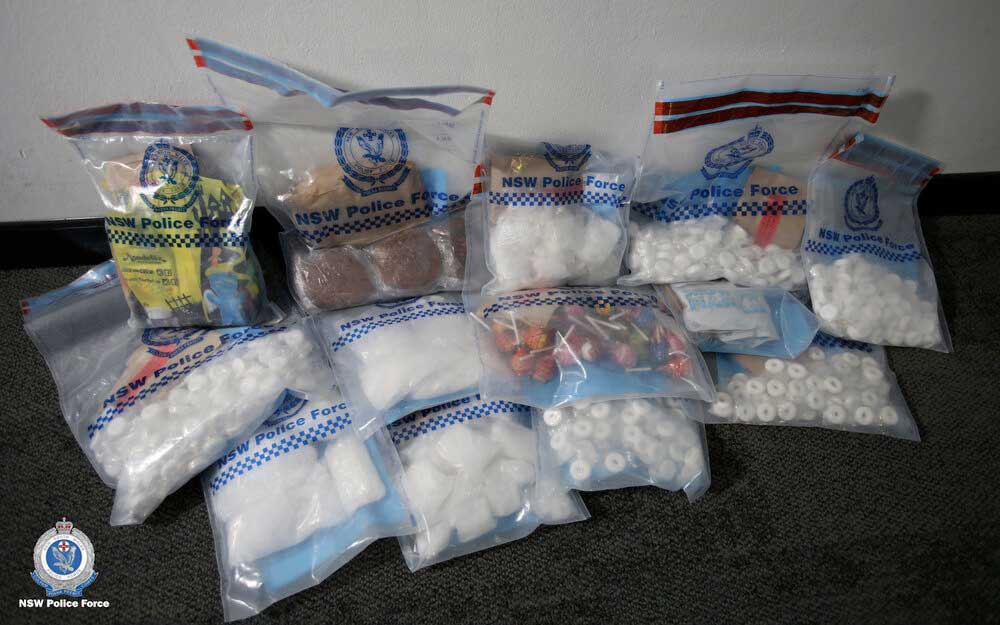 Police from Sydney’s northern beaches established Strike Force Arced to investigate with help from The Department of Home Affairs and US Homeland Security.

Authorities say between November and March they seized 5.83 kilograms of methylamphetamine and 655 grams of cocaine, contained in 16 parcels bound for the northern beaches, Parramatta, Macquarie Park, Chatswood and Ryde.

The seizures – with an estimated street value of $3.5 million – included methylamphetamine packaged as lollipops and cocaine pressed as lollies.

“The manufacturing and packaging of these drugs was sophisticated; and they could have easily been mistaken for the sweets they were disguised as by both children and adults,” said Superintendent Sharkey.

“It is very concerning given the drugs were uncut and had a potency that could potentially cause serious injury or death if ingested.” 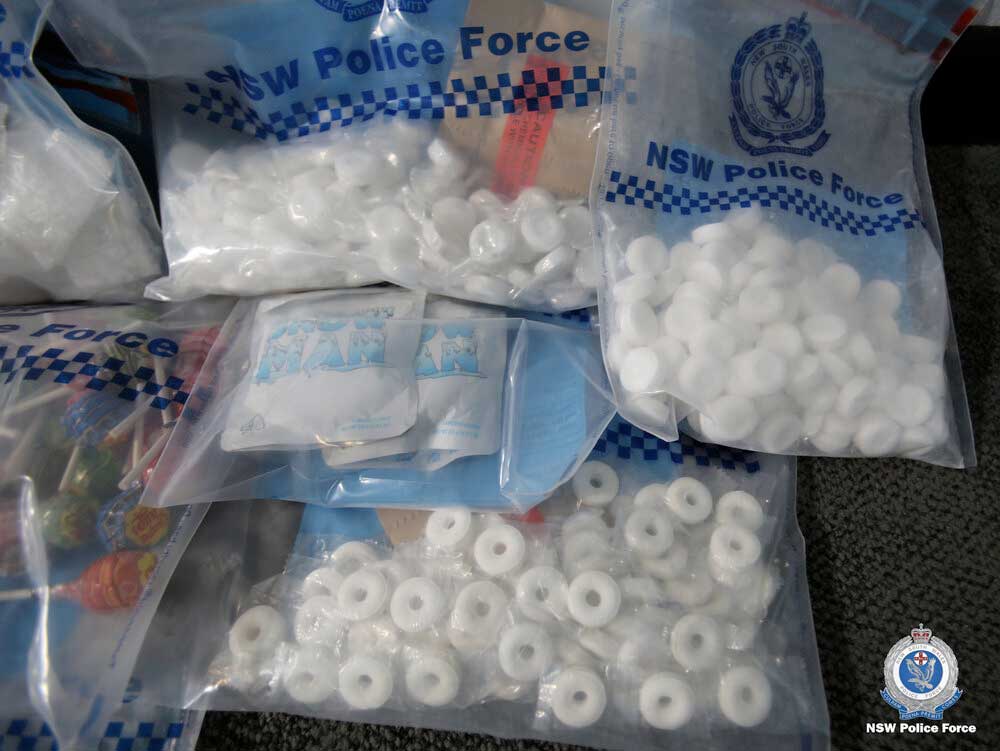 “Criminals might think that by using a scattergun approach to sending numerous packages containing drugs to different locations the packages will be missed by ABF officers, but that’s not the case,” Superintendent Fleming said.

“The ABF are always on the look-out for prohibited items being smuggled in goods like clothing, household goods, or in this case food items.”